Hey guys today frolic retired and here is my write-up about it. This box was more of a CTF challenge than a real world scenario , especially the user part , But it was nice because for root we will exploit a buffer overflow vulnerability. It’s a linux box and its ip is 10.10.10.111 , I added it to /etc/hosts as frolic.htb. Let’s jump right in ! 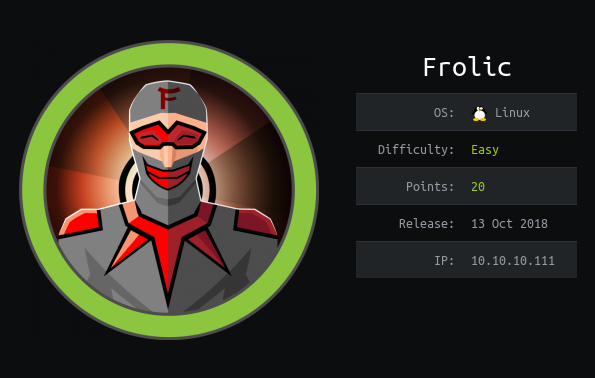 As always we will start with nmap to scan for open ports and services :
nmap -sV -sT -sc frolic.htb 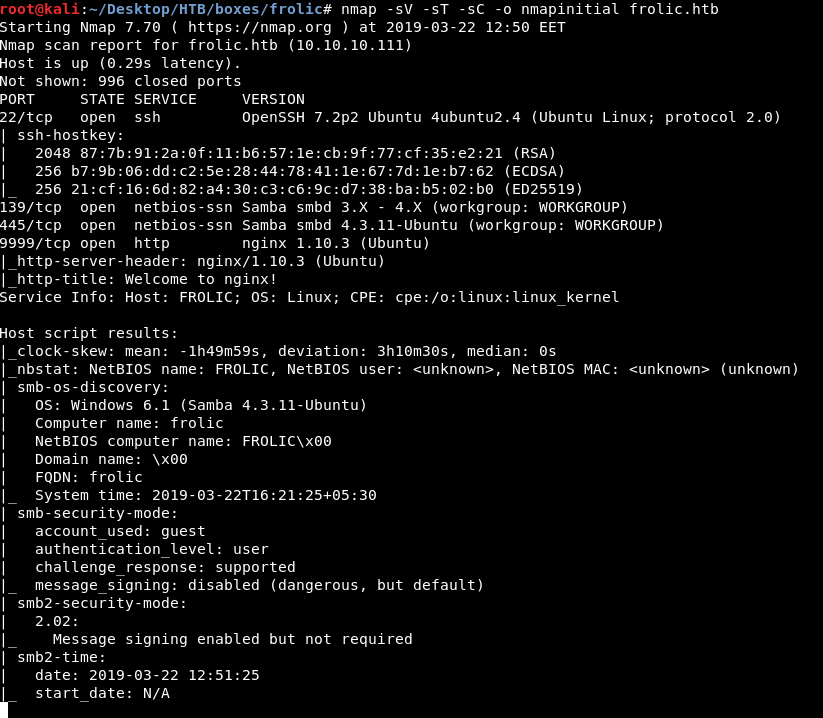 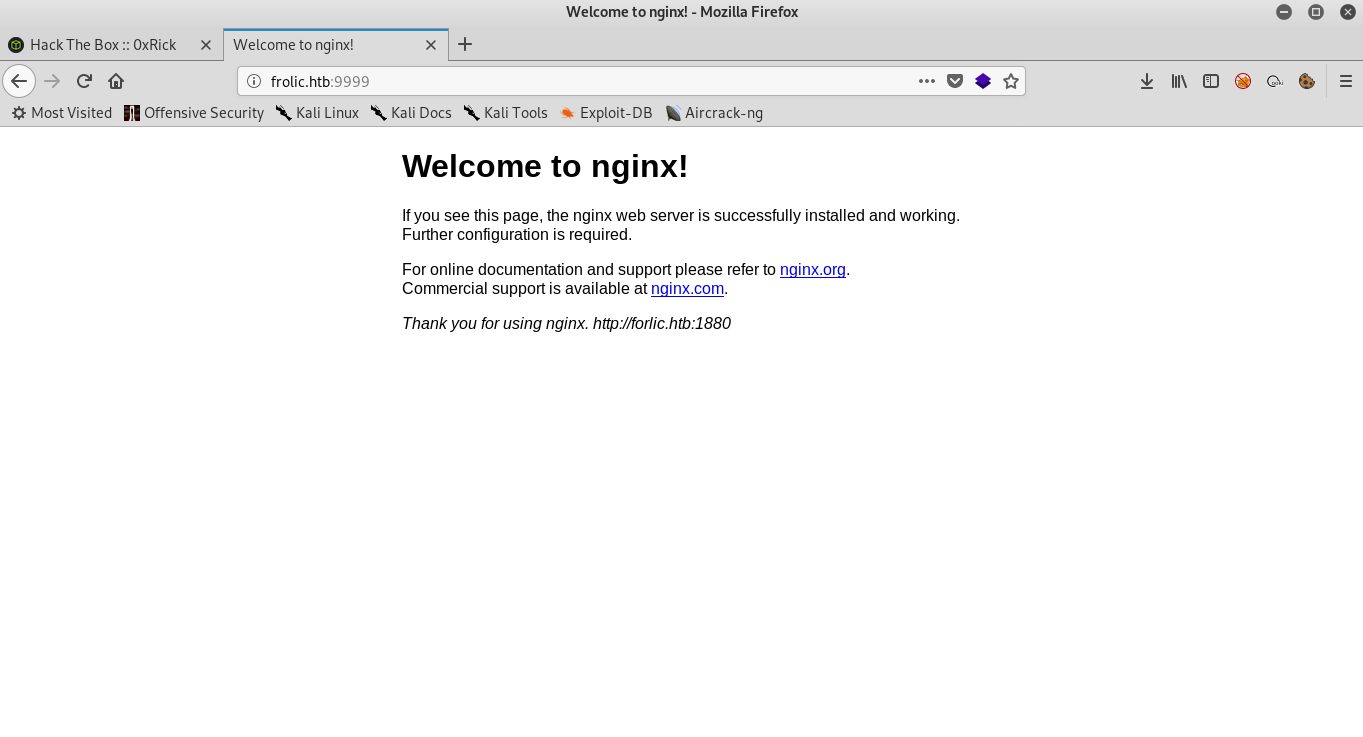 By visiting port 9999 we get the welcome page of nginx , so we will use gobuster to enumerate sub directories :

We got /backup and /test
/dev/backup :

It asks for authentication , we will get back to it later when we find any credentials. So that was for /dev.
/test :

on /admin there’s an authentication form , and the title is “c’mon i m hackable” :D

Let’s take a look at the source code : 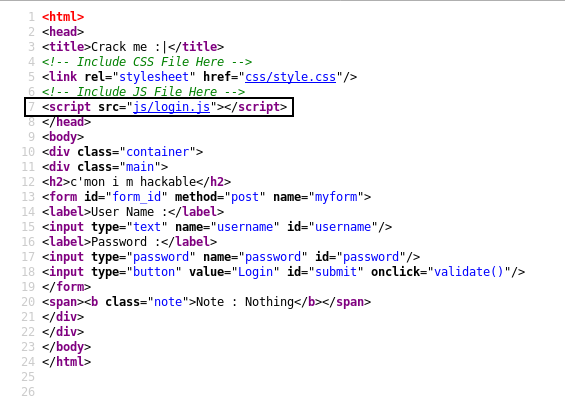 We notice a script called login.js , maybe authentication is handled by that script.
login.js : 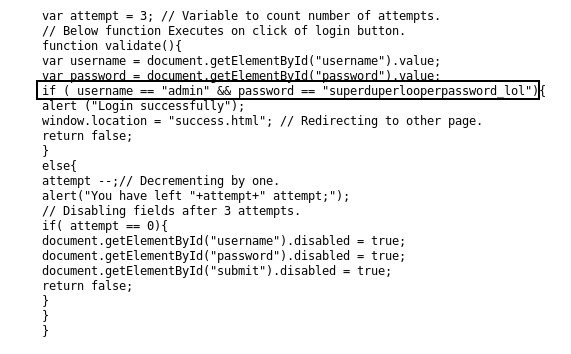 We got the username and the password : admin : superduperlooperpassword_lol 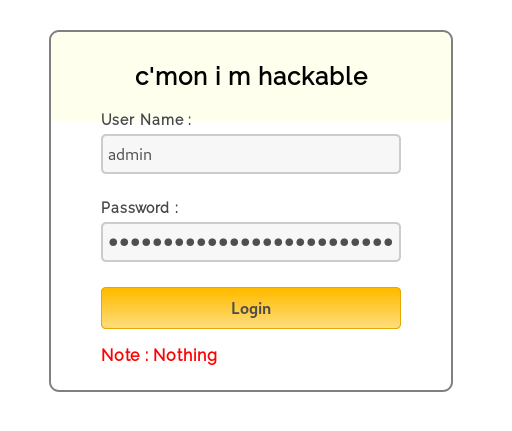 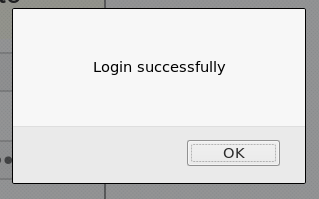 And after we login we find … this :

Obviously it’s base64 , so I copied it and saved it in a txt file to decode it :

We got a weird output , let’s redirect the output into a file and check what kind of files is that :

Hex encoded , let’s decode it. I will use a website called CyberChef : 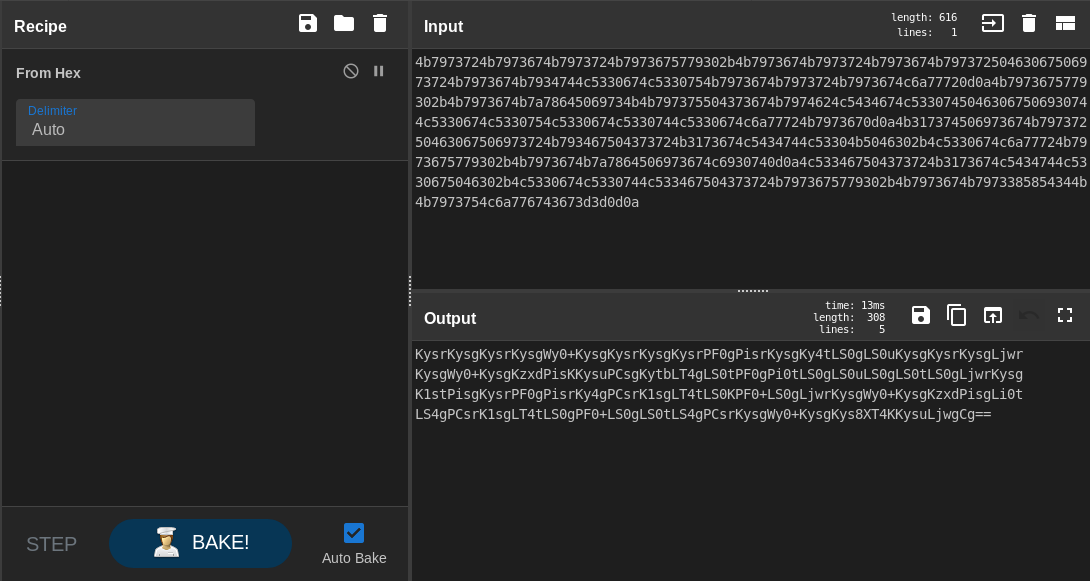 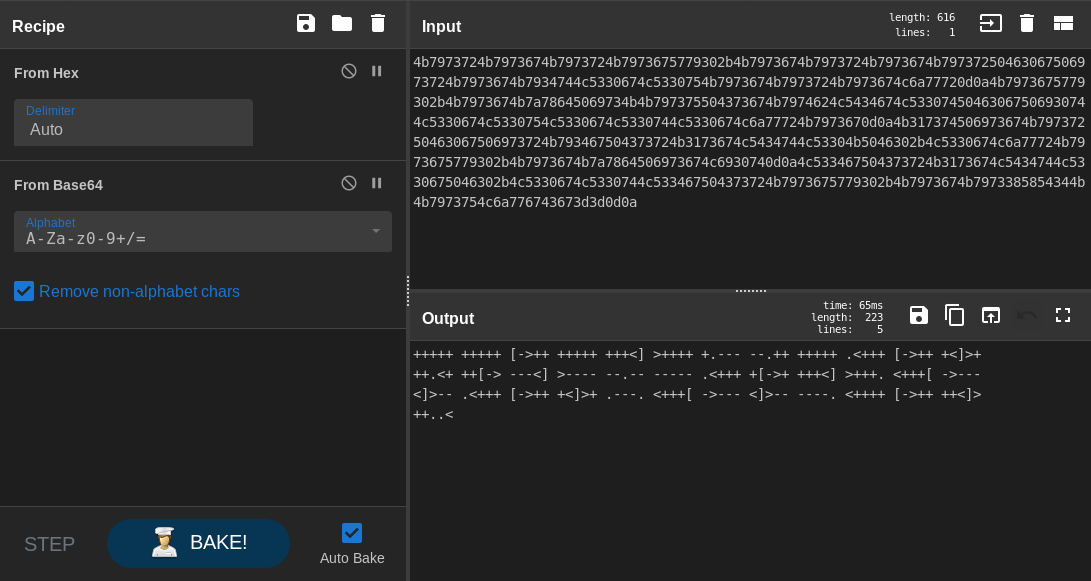 Another esoteric language. But this time it’s a famous one , brainfuck. We will use dcode.fr again :

Let’s try to login to playsms as admin with this password :

Exploiting Authenticated RCE and getting user

There are some known vulnerabilities for playsms , one of them is an Authenticated CSV File Upload Code Execution (CVE-2017-9101). There’s also a metasploit module for it.

The exploit worked and we have a meterpreter session now : 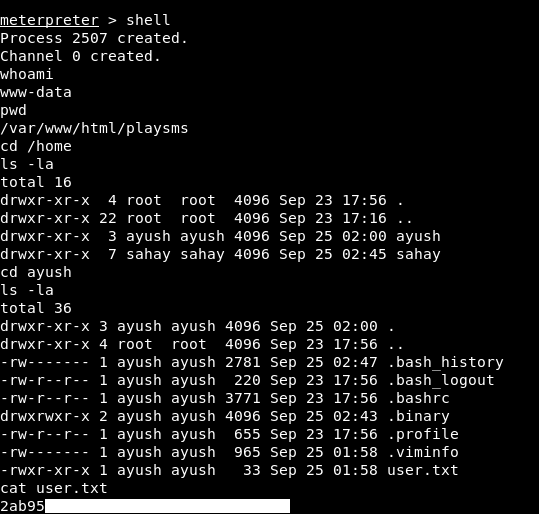 In the home directory of the user ayush there’s a directory called .binary , which has a binary called rop. we can verify that rop is suid by using find:
find /home/ayush/.binary/ -perm -4000

Let’s see what is it doing :

So it takes our input and just ouputs it , Let’s try giving it a long string :

We got a segmentation fault , so we have a buffer overflow. I will go through the exploitation without explaining everything because I have already written some posts about buffer overflow. You can check them here
We are going to do a ret2libc attack , if you are unfamiliar with it , you can read my post about it here
First of all , gdb is not installed on the box :

So I download a static version of gdb from github , and uploaded it to the box through the meterpreter session. upload gdb
Let’s find the length of the buffer :

So the buffer overflows after 52 chars. Now we need to know the address of /bin/sh , I won’t do it like I did before by loading the string in a environment variable. There’s a better way to do it, first thing we need to find the offset of /bin/sh in libc , we will use strings to get the address :
strings -a -t x /lib/i386-linux-gnu/libc.so.6 | grep /bin/sh

Let’s upload and run it :