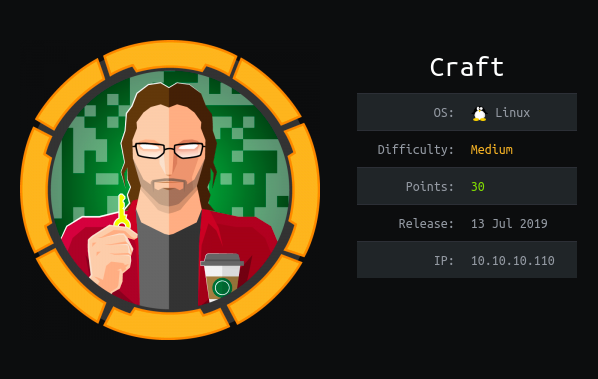 The home page was kinda empty, Only the about info and nothing else: 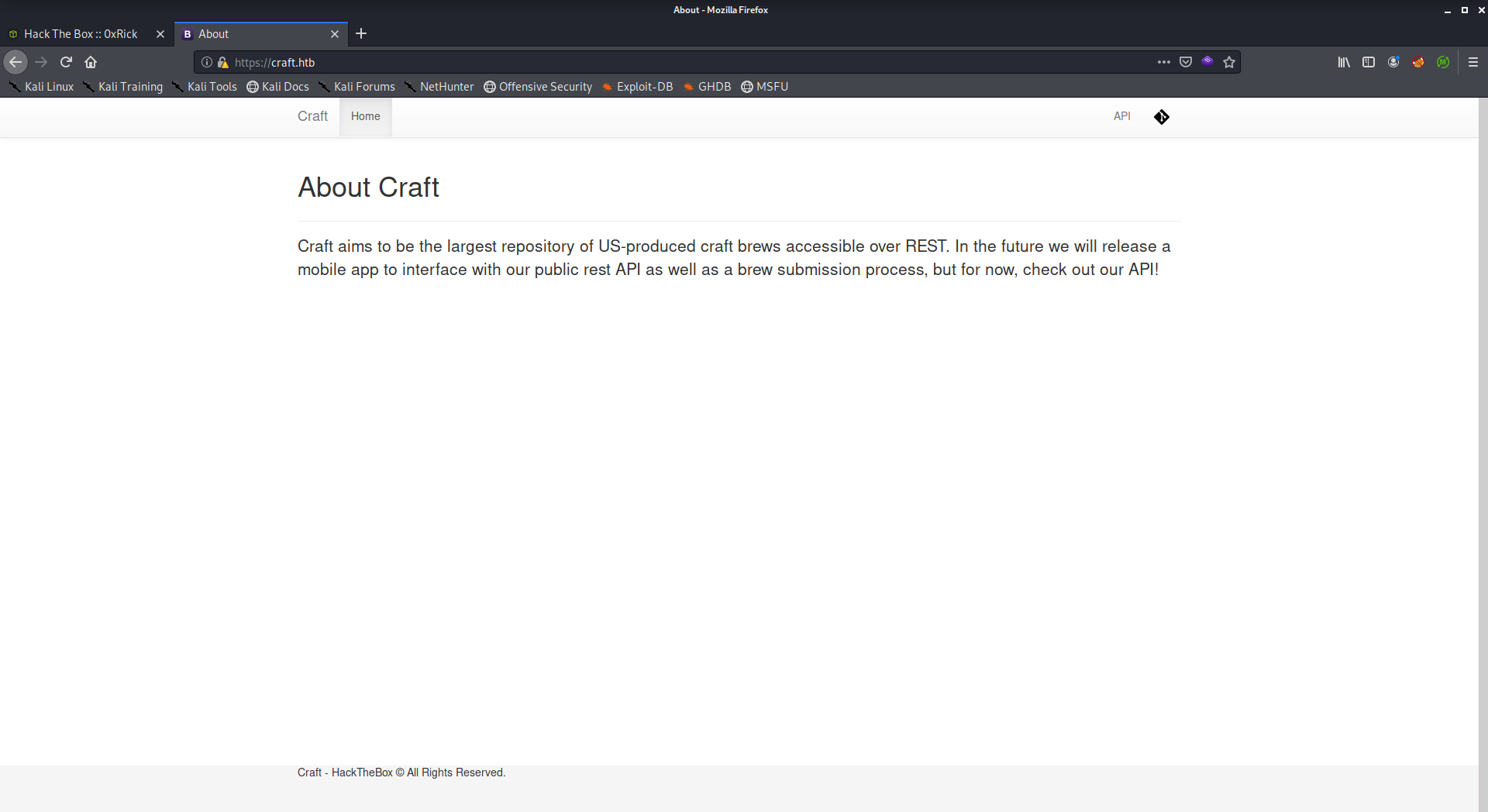 So I added both of api.craft.htb and gogs.craft.htb to /etc/hosts then I started checking them.
https://api.craft.htb/api: 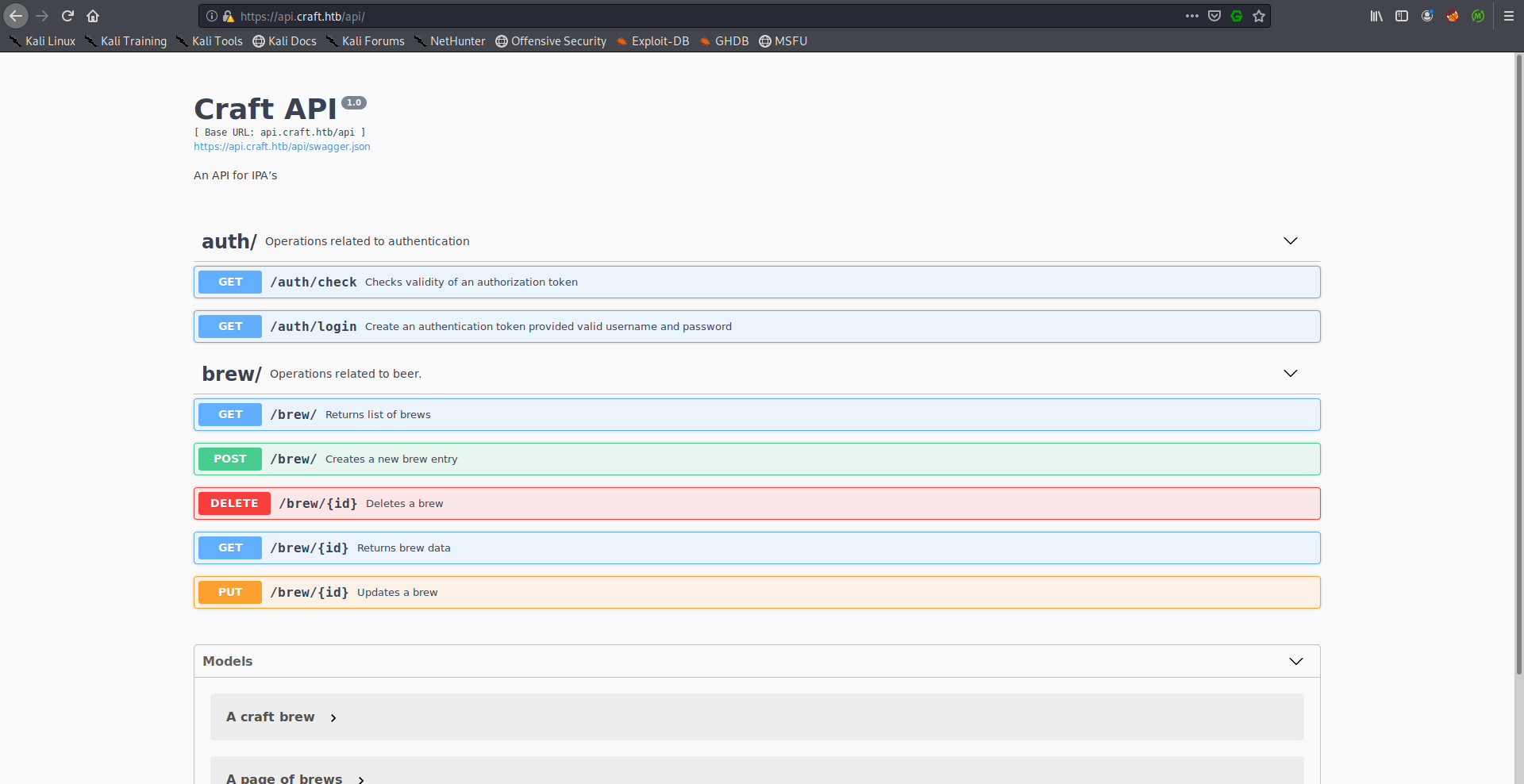 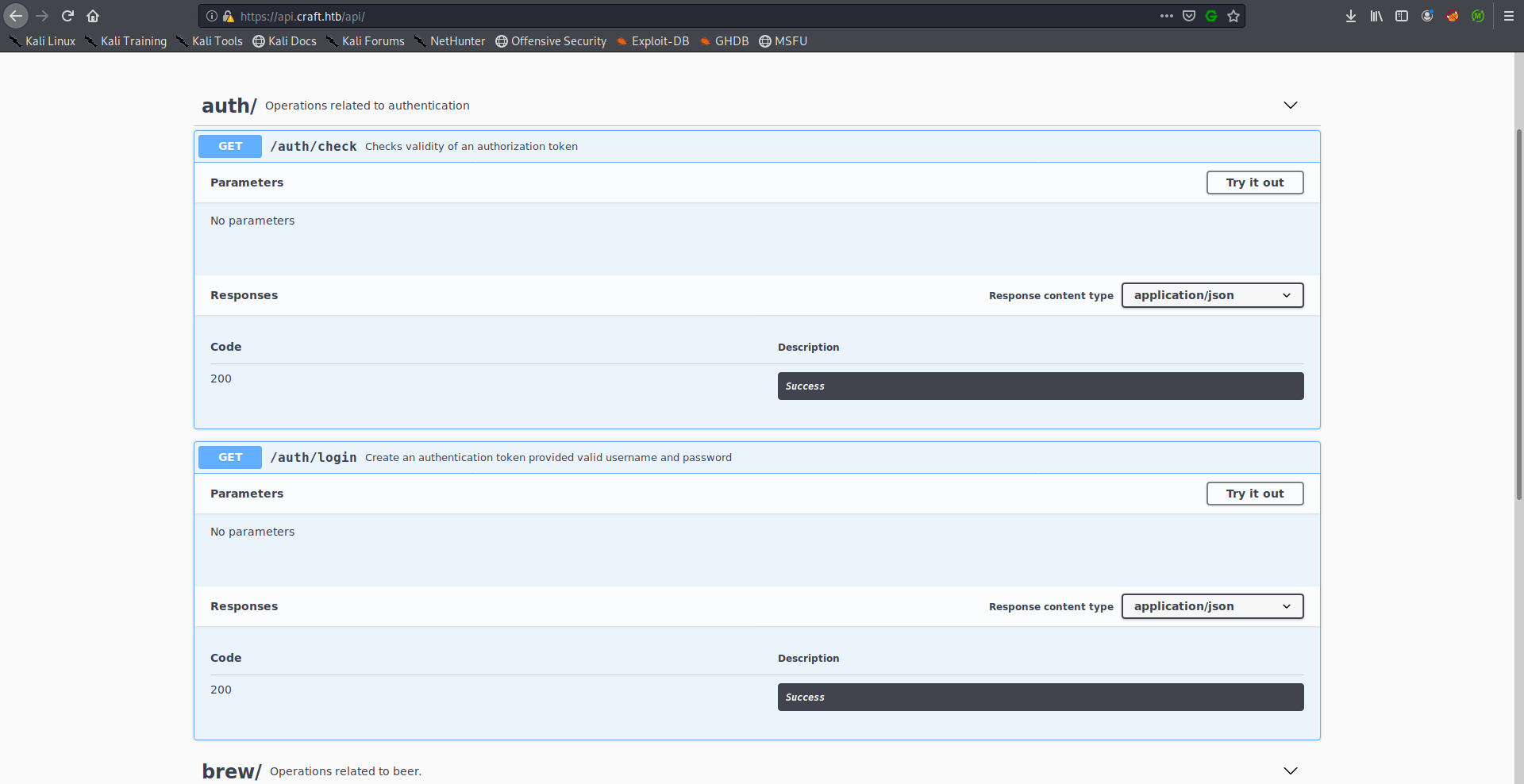 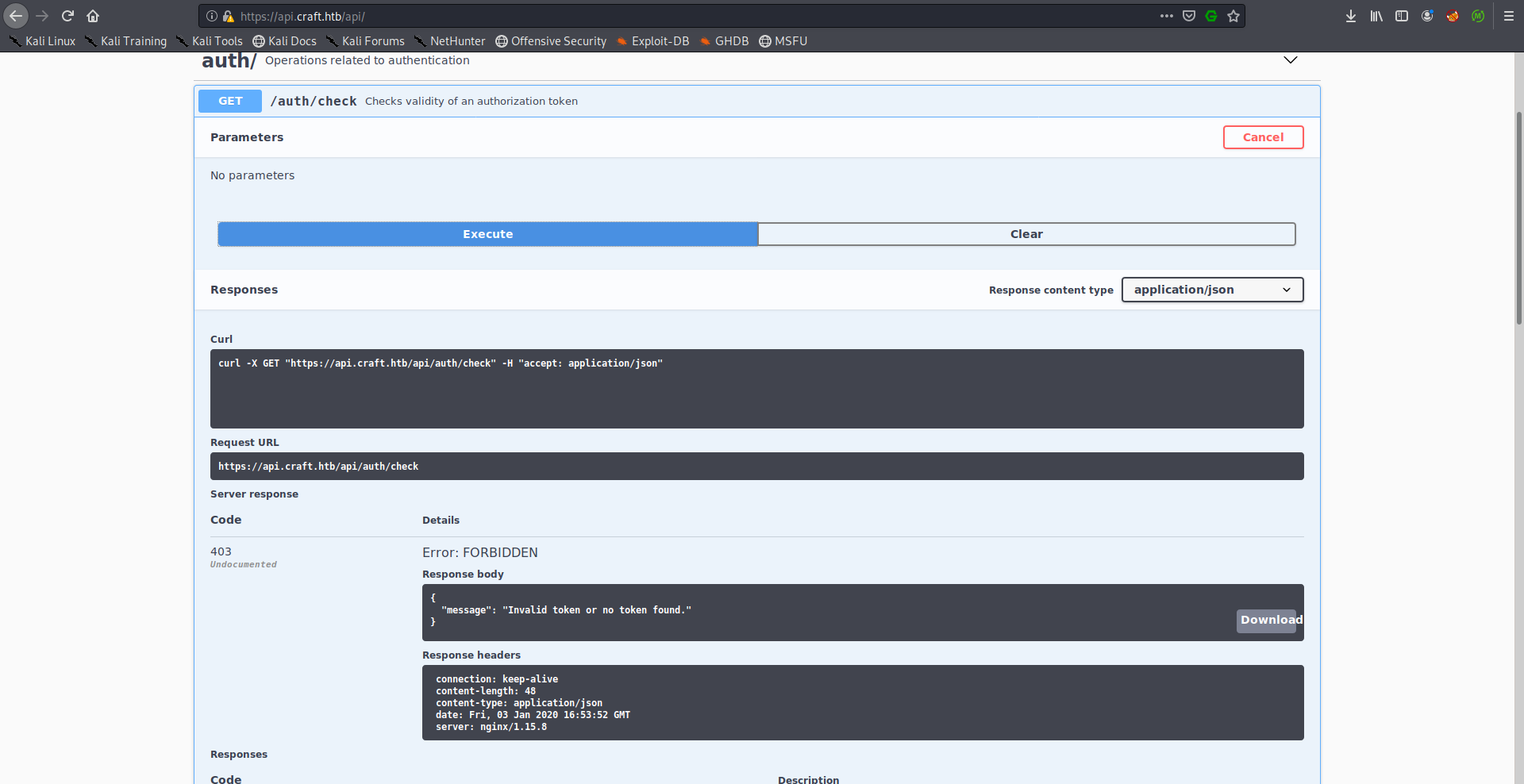 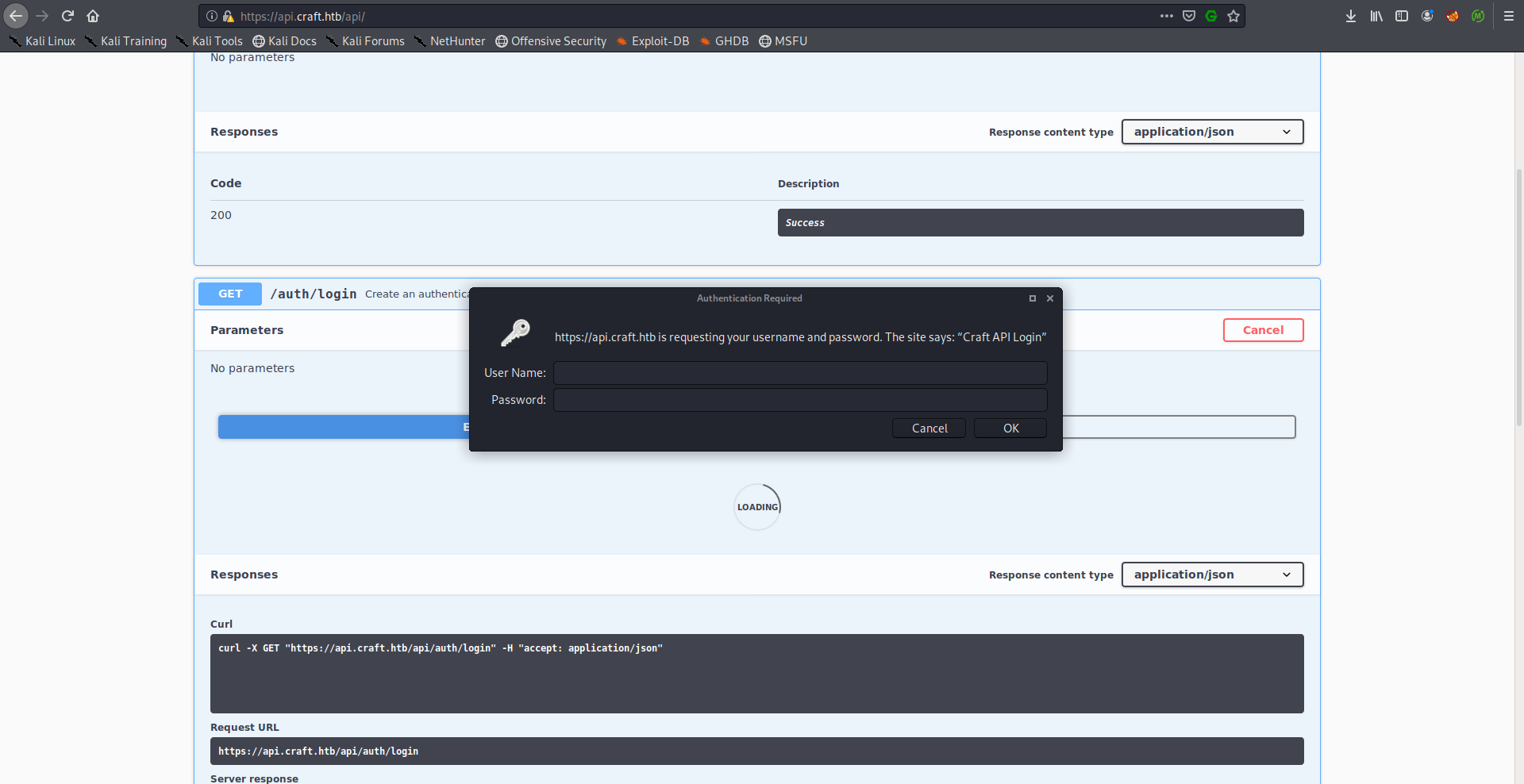 We don’t have credentials to authenticate so let’s keep enumerating.
Obviously gogs.craft.htb had gogs running: 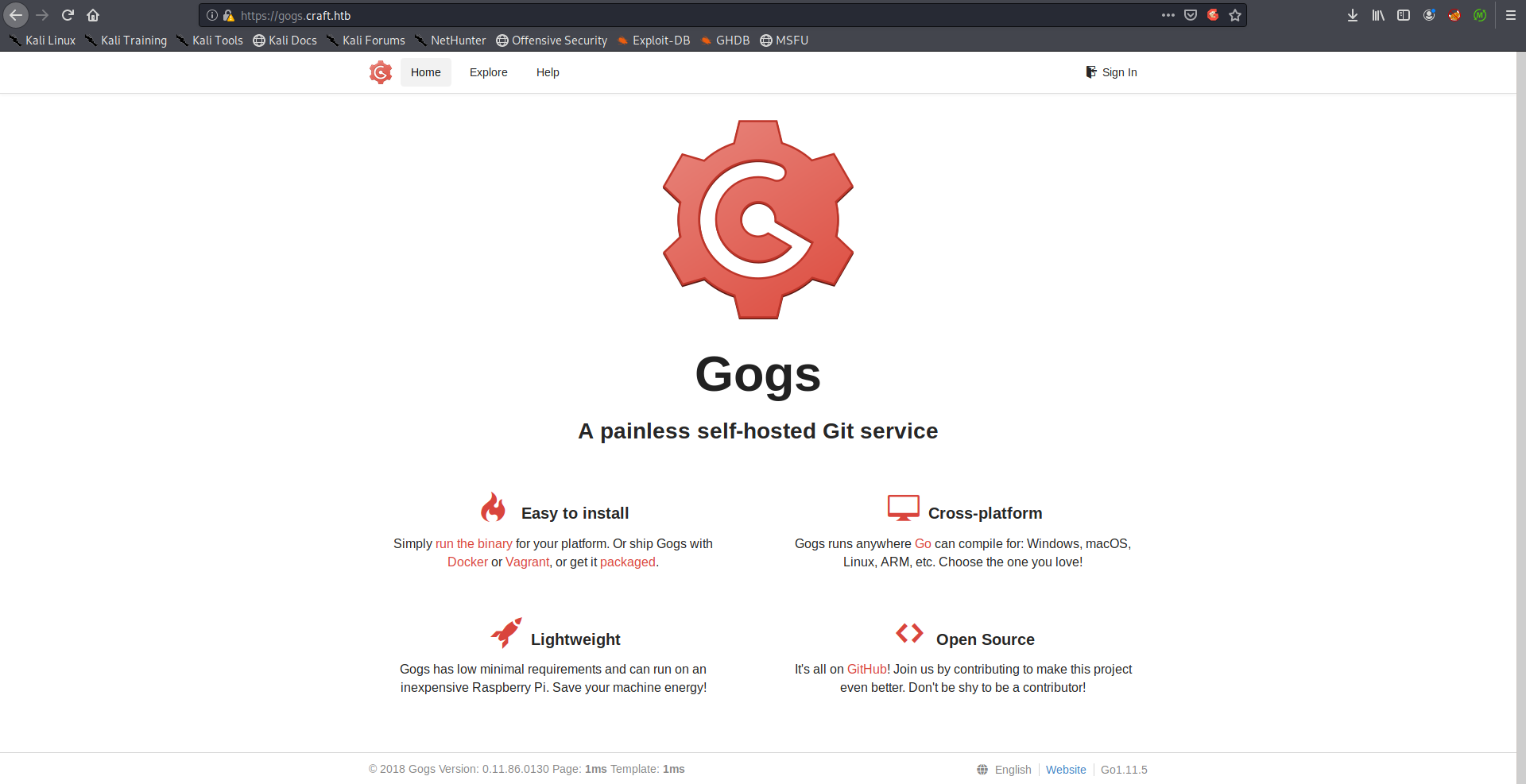 The repository of the API source code was publicly accessible so I took a look at the code and the commits. 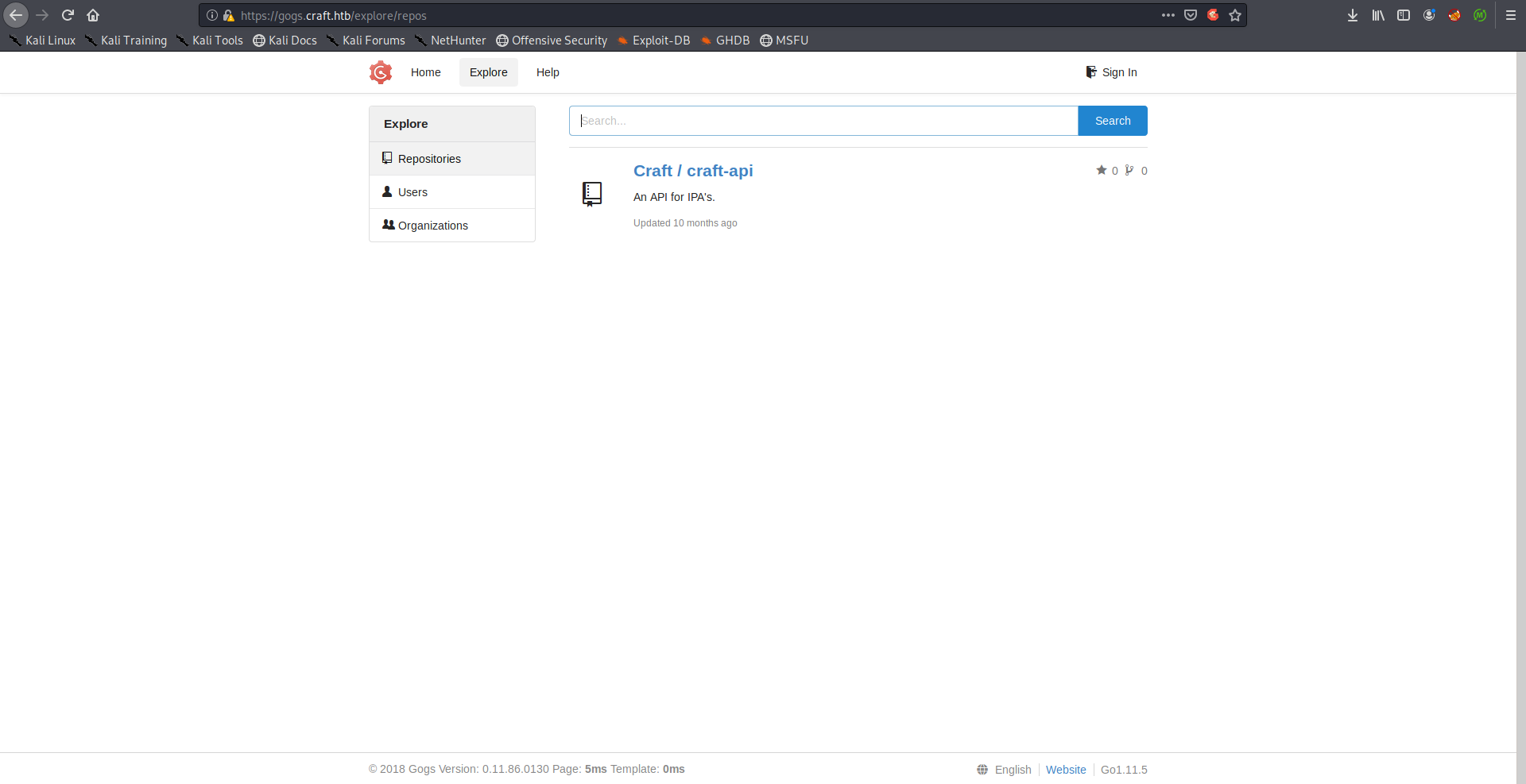 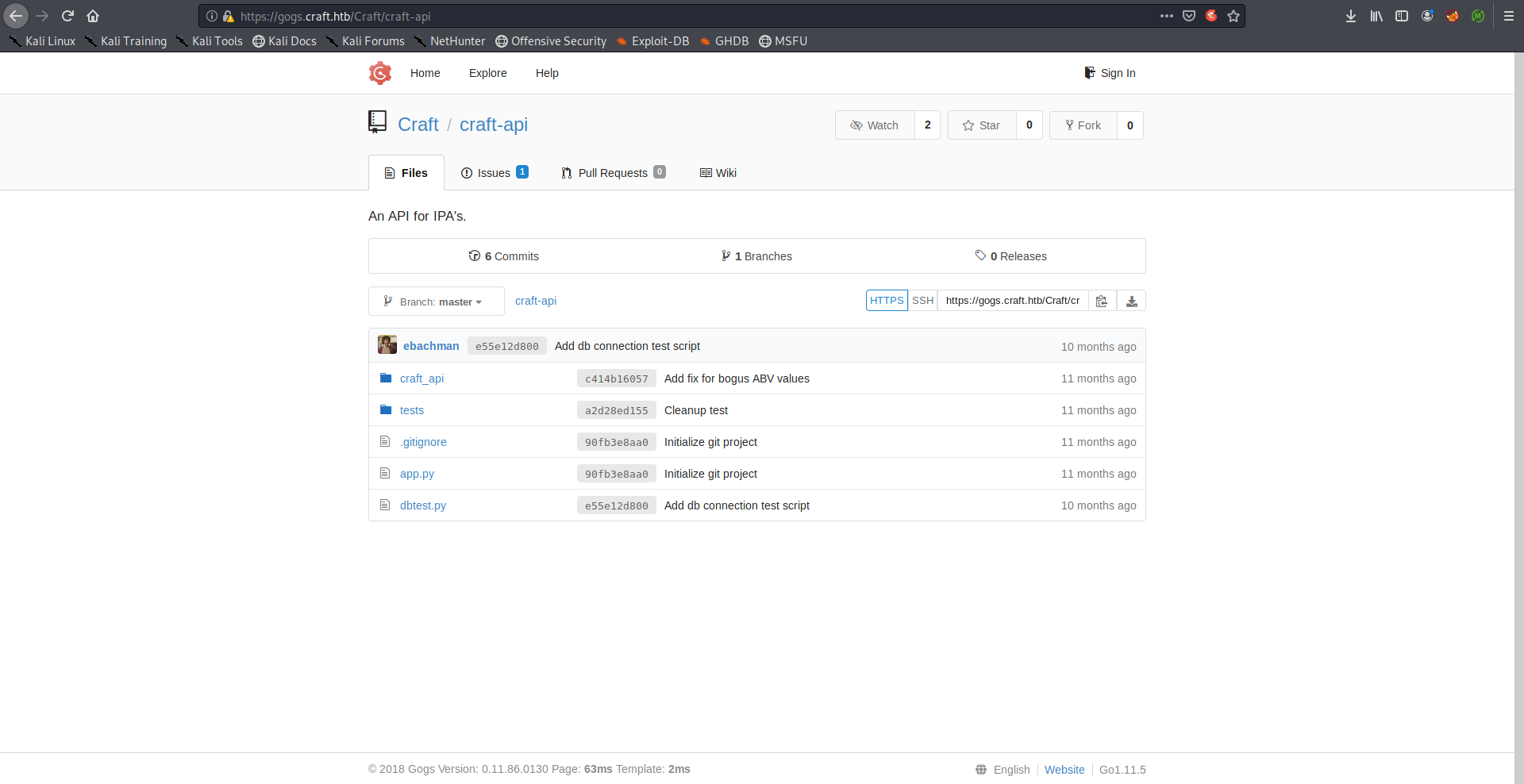 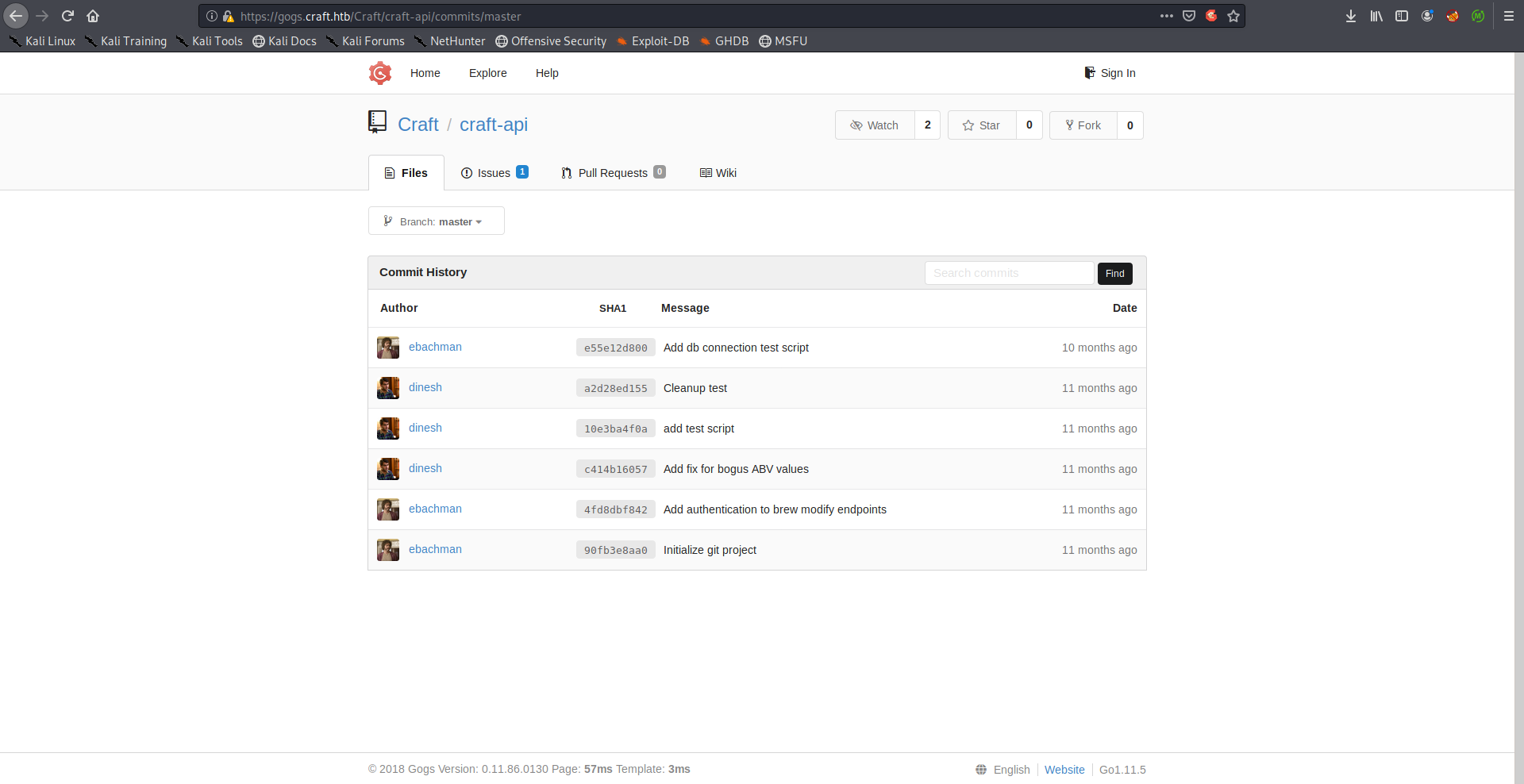 Dinesh’s commits c414b16057 and 10e3ba4f0a had some interesting stuff. First one had some code additions to /brew/endpoints/brew.py where user’s input is being passed to eval() without filtering: 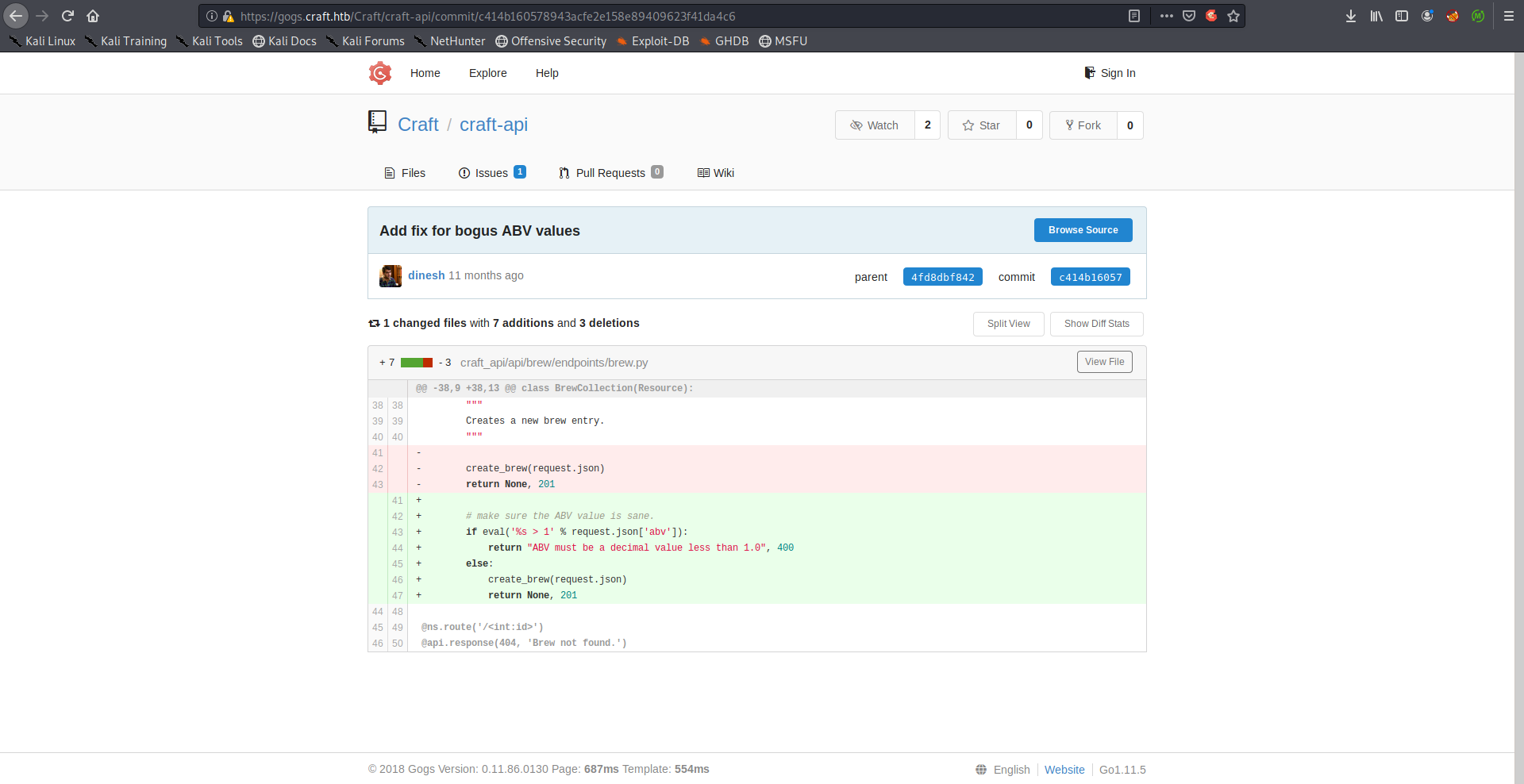 I took a look at the API documentation again to find in which request I can send the abv parameter: 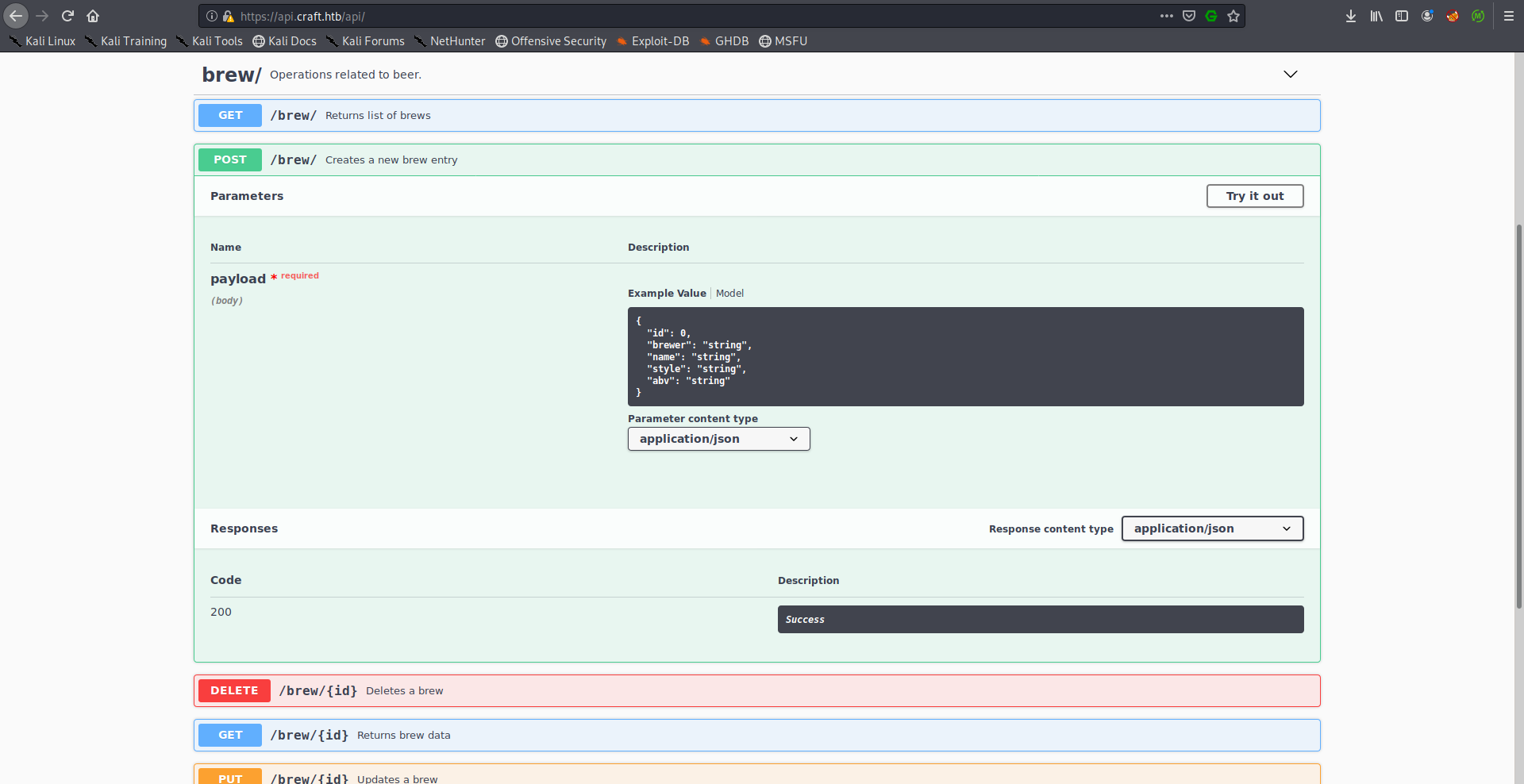 As you can see we can send a POST request to /brew and inject our payload in the parameter abv, However we still need an authorization token to be able to interact with /brew, and we don’t have any credentials.
The other commit was a test script which had hardcoded credentials, exactly what we need: 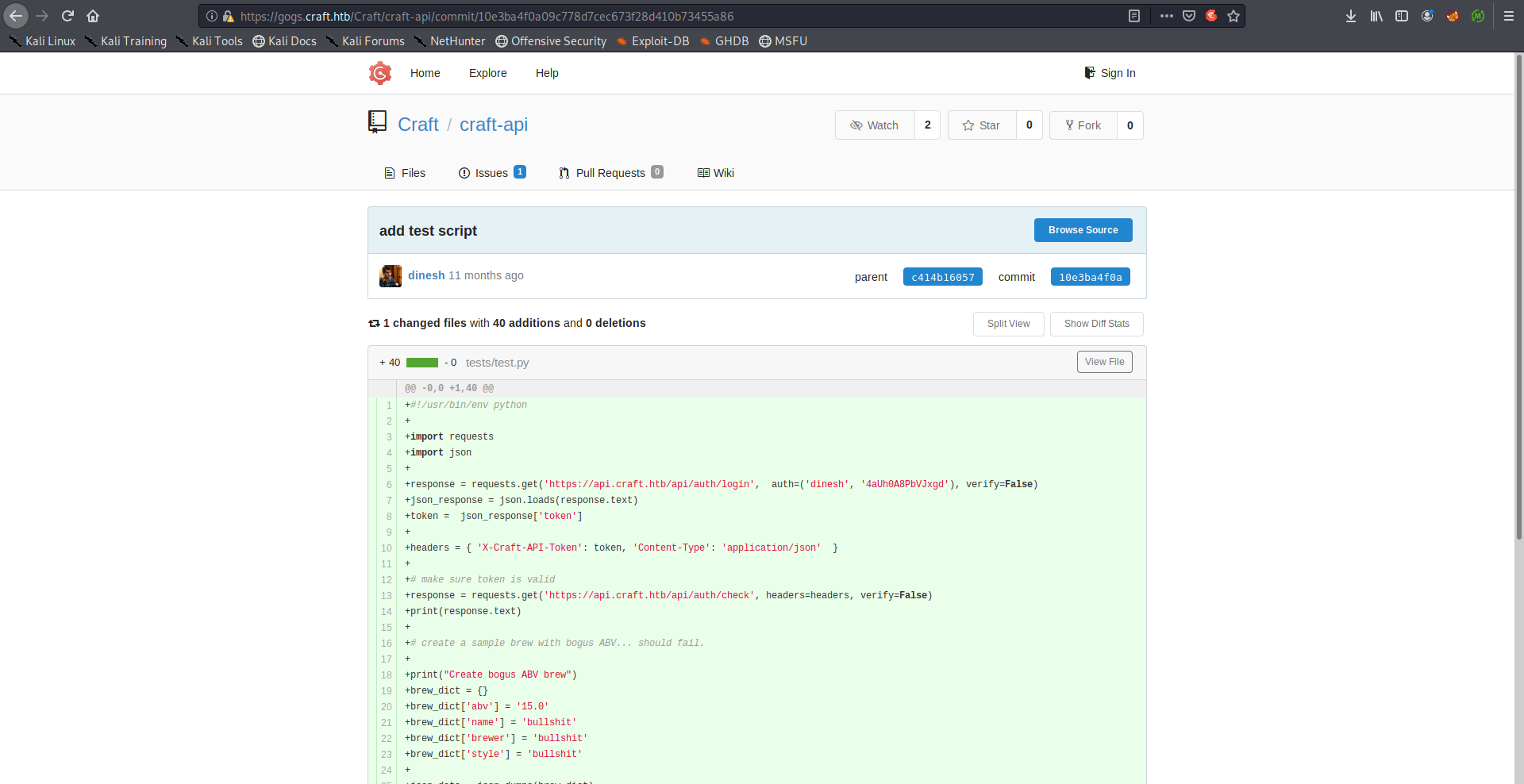 I tested the credentials and they were valid: 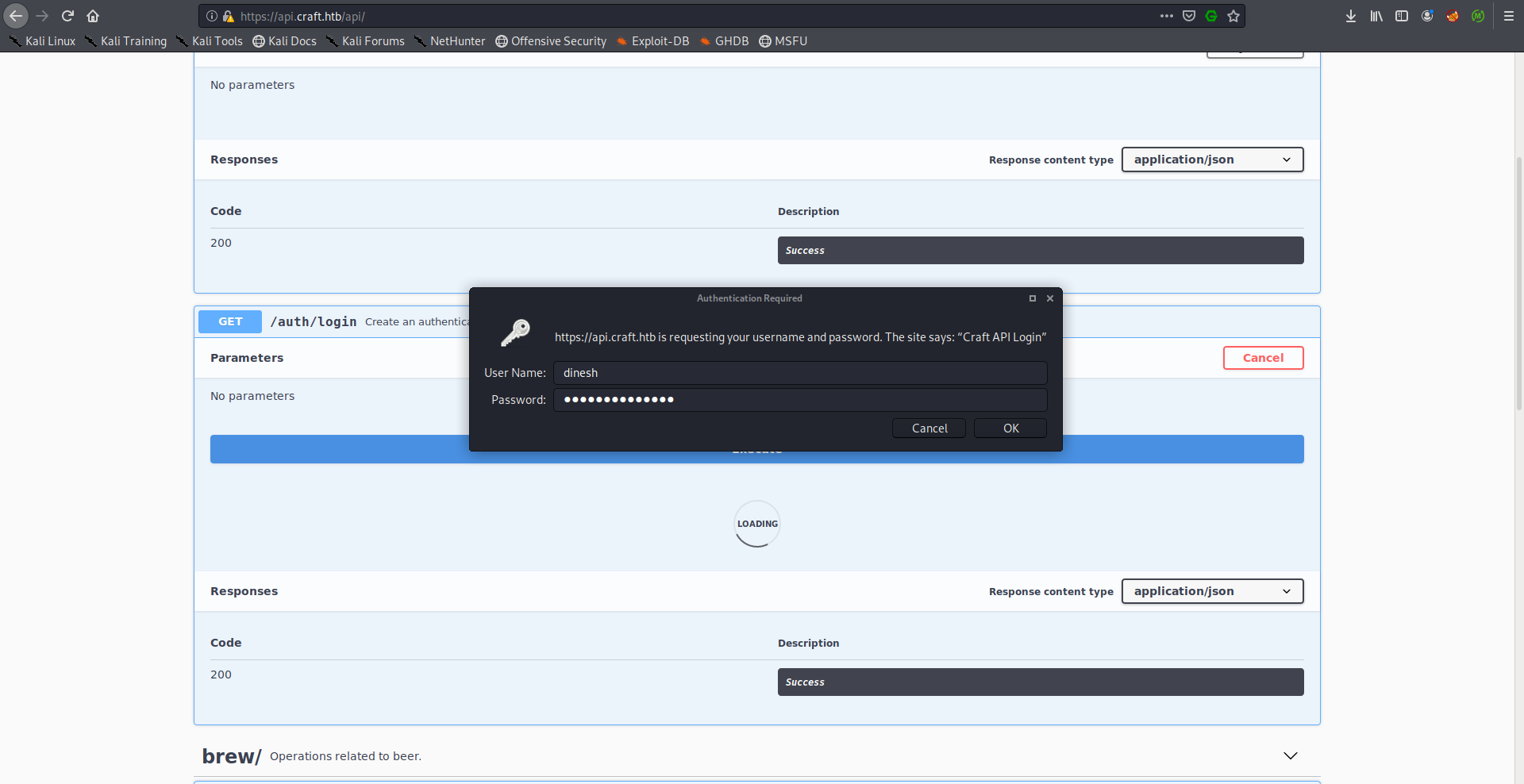 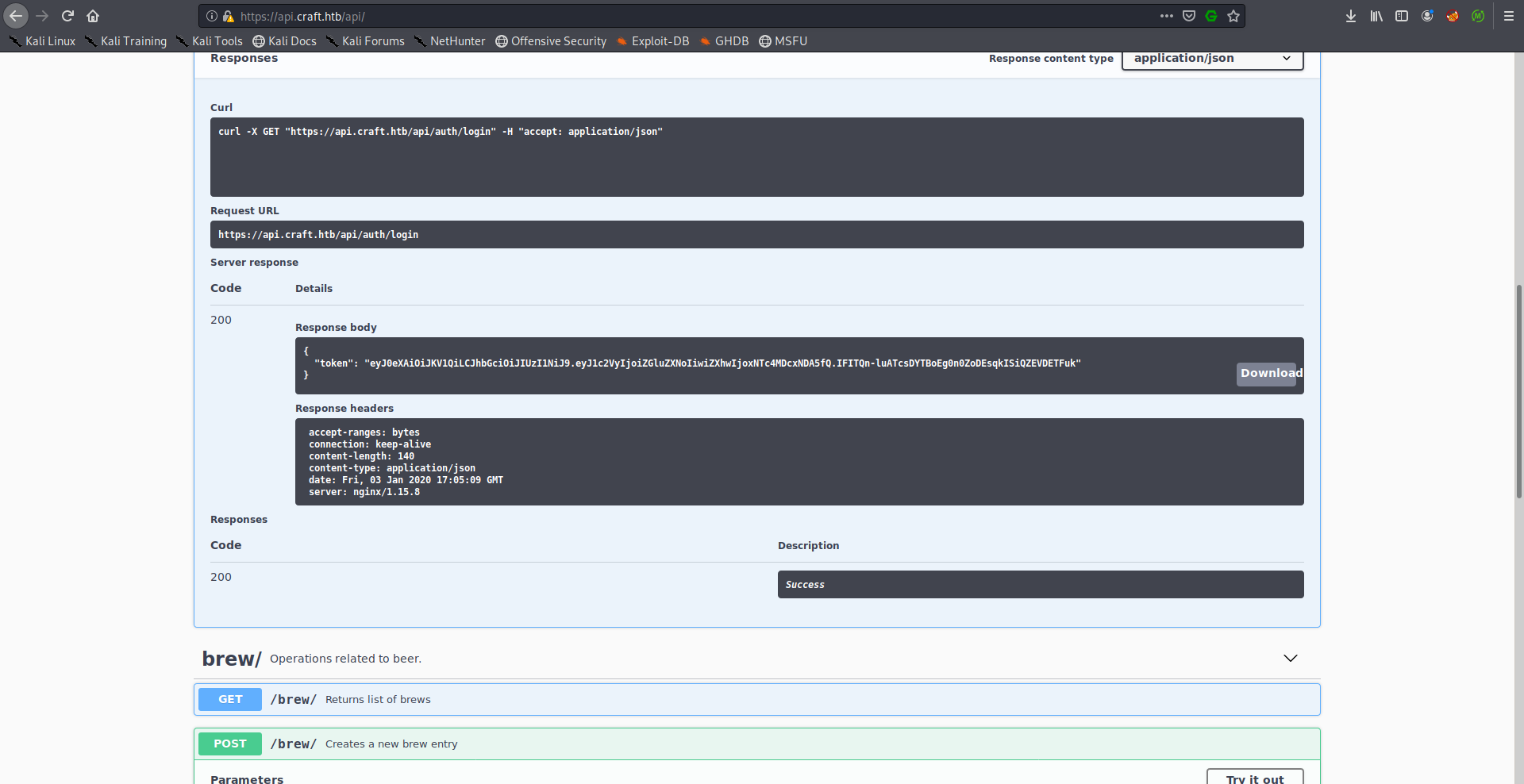 I wrote a small script to authenticate, grab the token, exploit the vulnerability and spawn a shell.
exploit.py:

Turns out that the application was hosted on a docker container and I didn’t get a shell on the actual host.

In /opt/app there was a python script called dbtest.py, It connects to the database and executes a SQL query:

There were two tables, user and brew:

I changed the query to SELECT * FROM user:

The table had all users credentials stored in plain text: 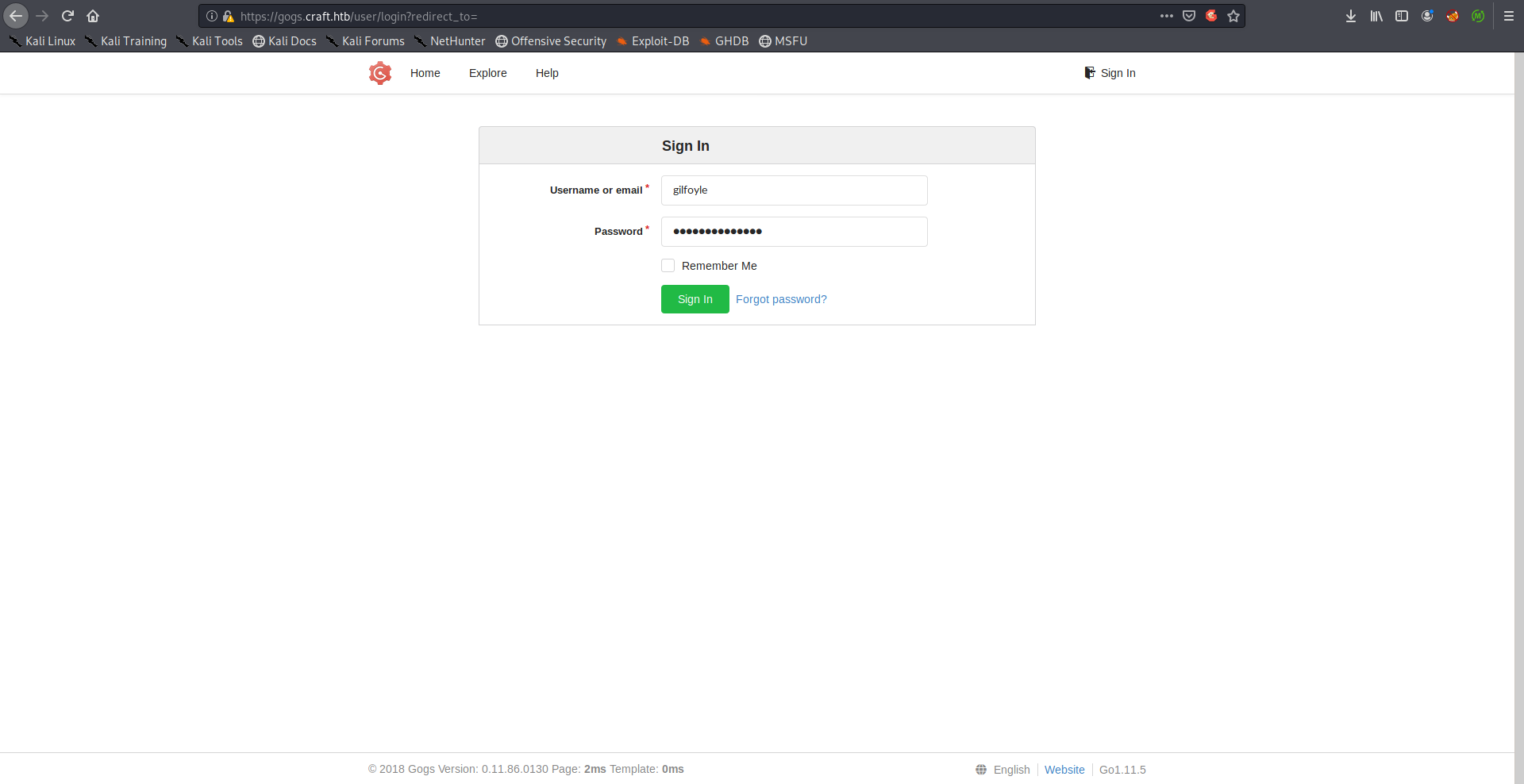 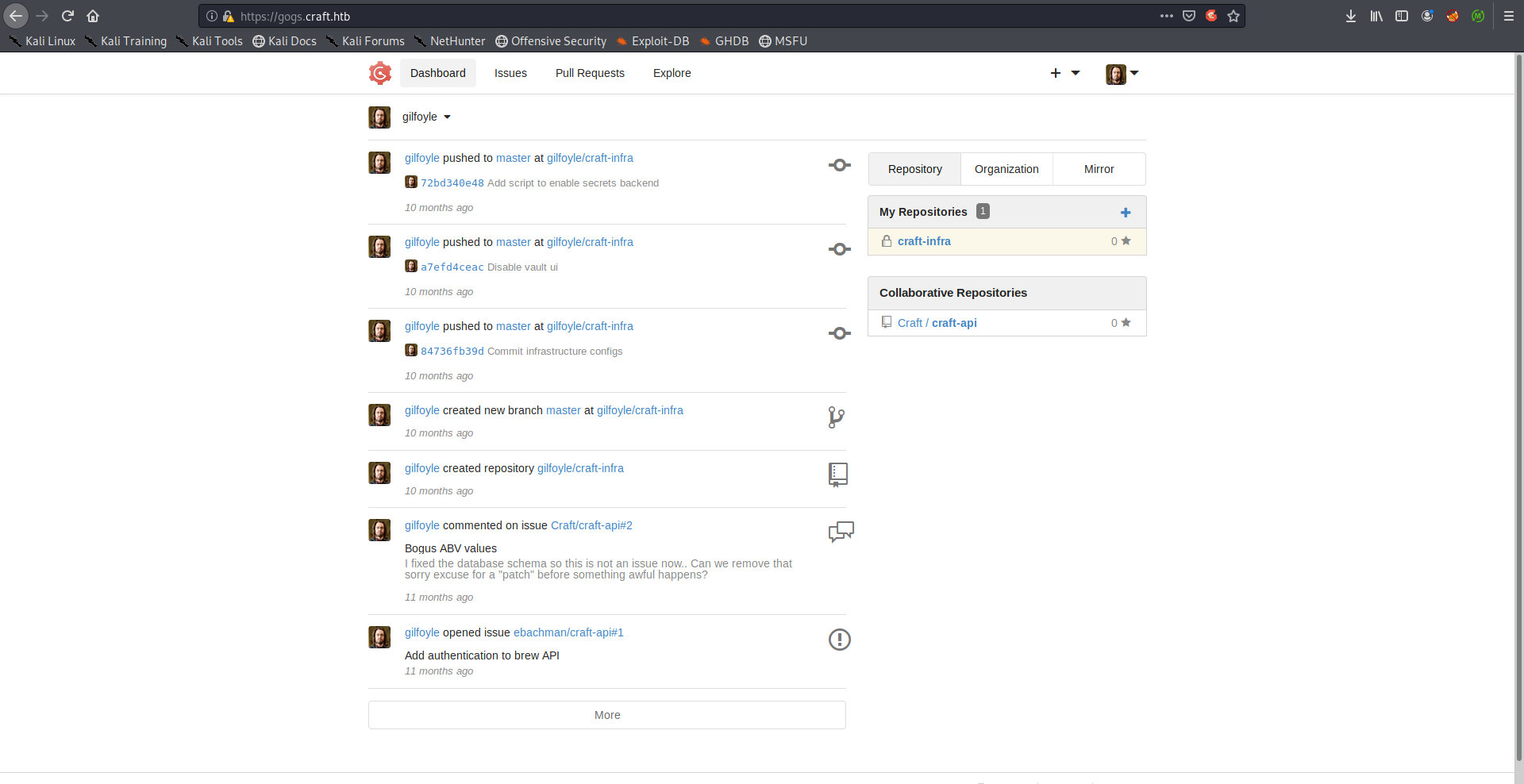 He left his private ssh key in the repository: 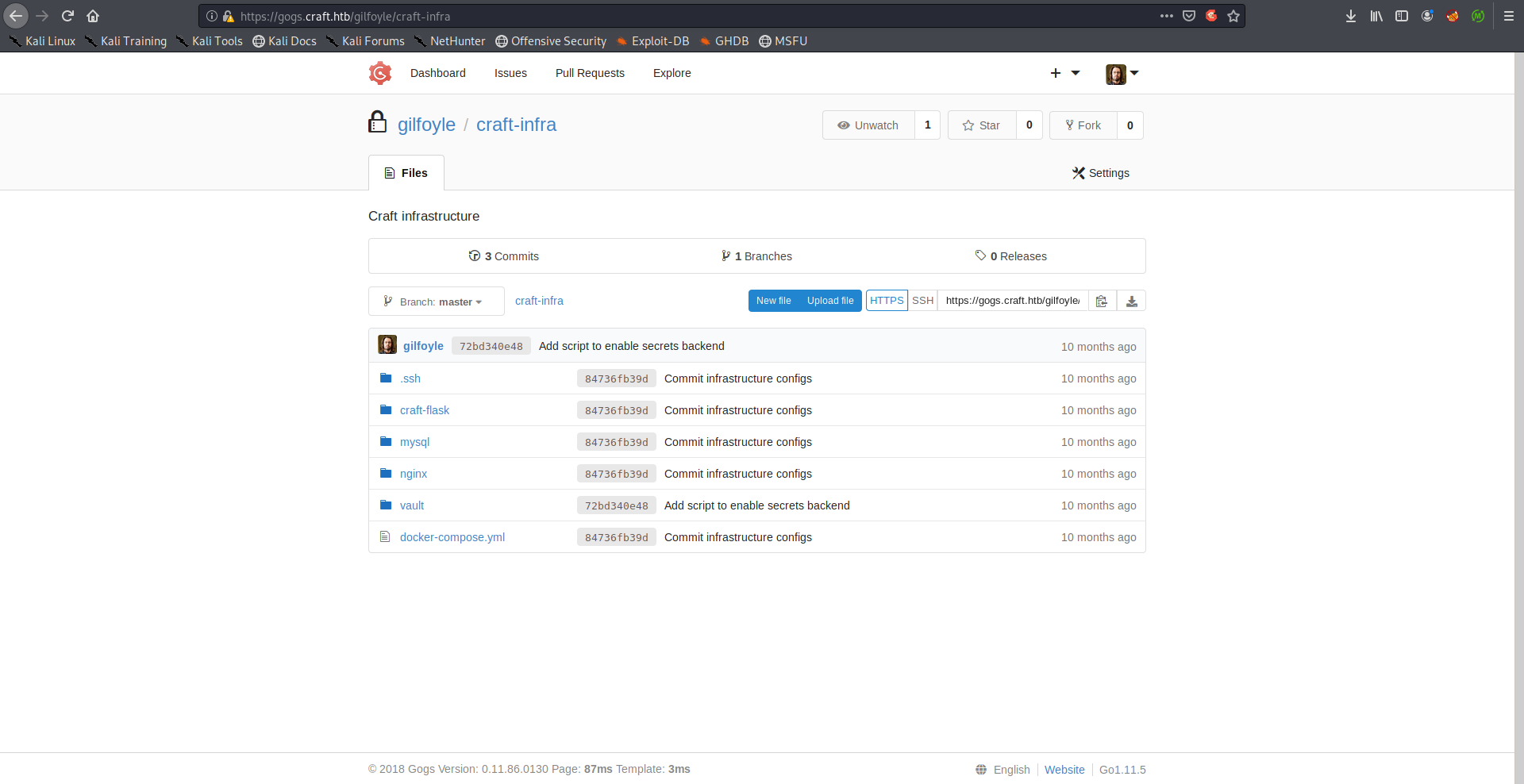 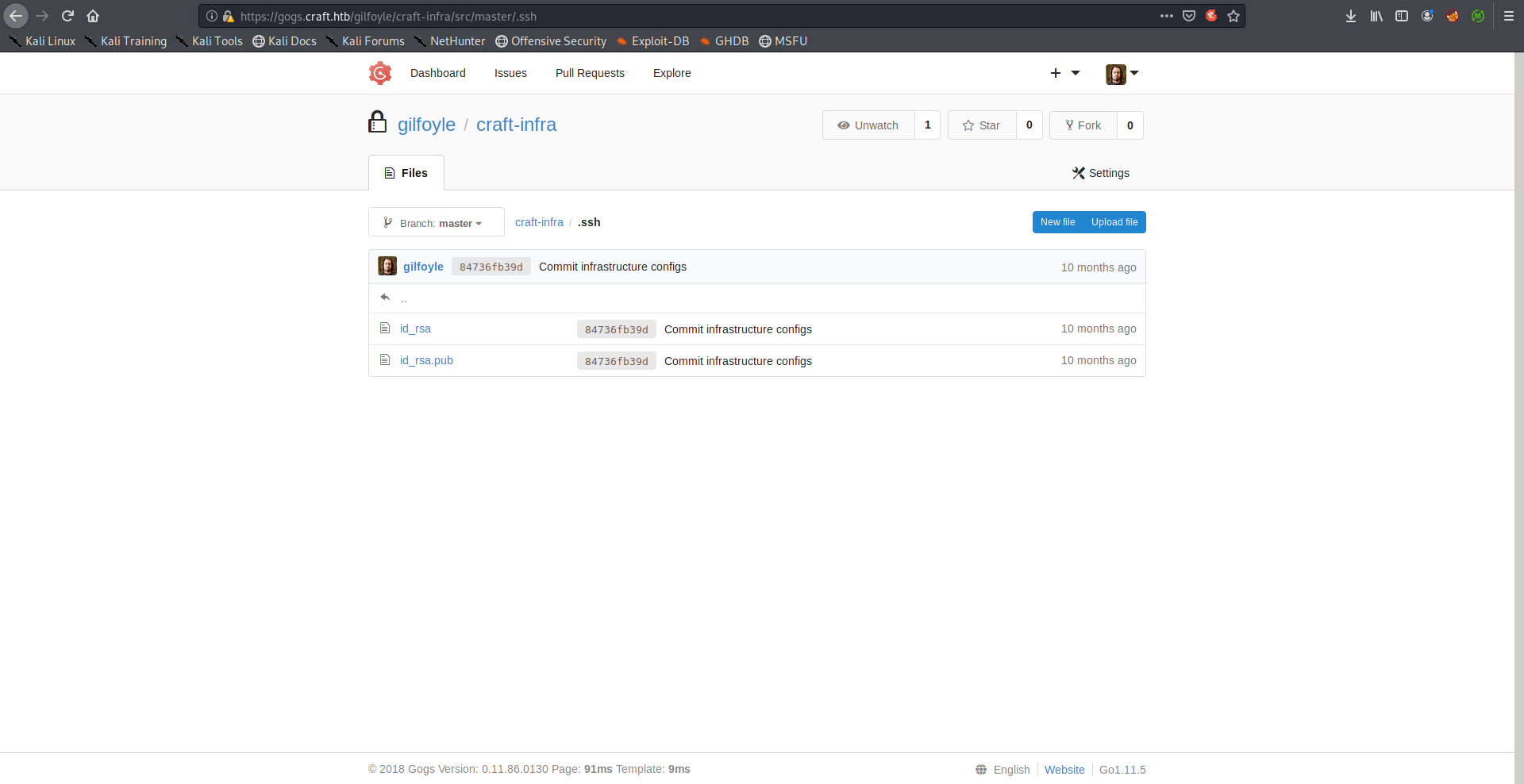 When I tried to use the key it asked for password as it was encrypted, I tried his gogs password (ZEU3N8WNM2rh4T) and it worked: 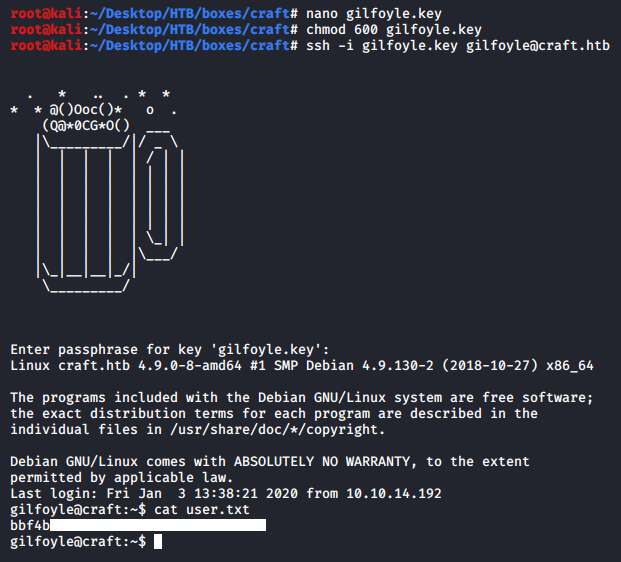 In Gilfoyle’s home directory there was a file called .vault-token:

A quick search revealed that it’s related to vault.

By looking at vault.sh from craft-infra repository (vault/vault.sh), we’ll see that it enables the ssh secrets engine then creates an otp role for root:

We have the token (.vault-token) so we can easily authenticate to the vault and create an otp for a root ssh session: