Hey guys, today smasher2 retired and here’s my write-up about it. Smasher2 was an interesting box and one of the hardest I have ever solved. Starting with a web application vulnerable to authentication bypass and RCE combined with a WAF bypass, then a kernel module with an insecure mmap handler implementation allowing users to access kernel memory. I enjoyed the box and learned a lot from it. It’s a Linux box and its ip is 10.10.10.135, I added it to /etc/hosts as smasher2.htb. Let’s jump right in! 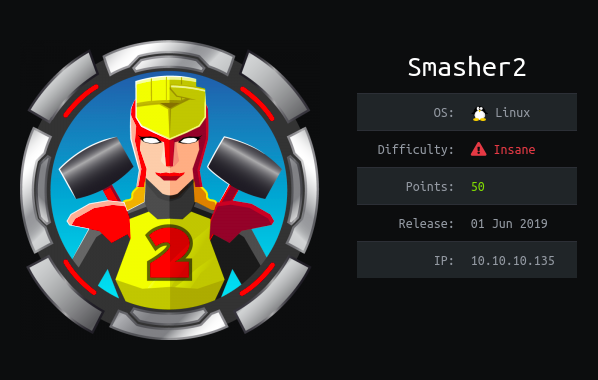 First thing I did was to enumerate vhosts through the dns server and I got 1 result:

wonderfulsessionmanager.smasher2.htb, I added it to my hosts file. 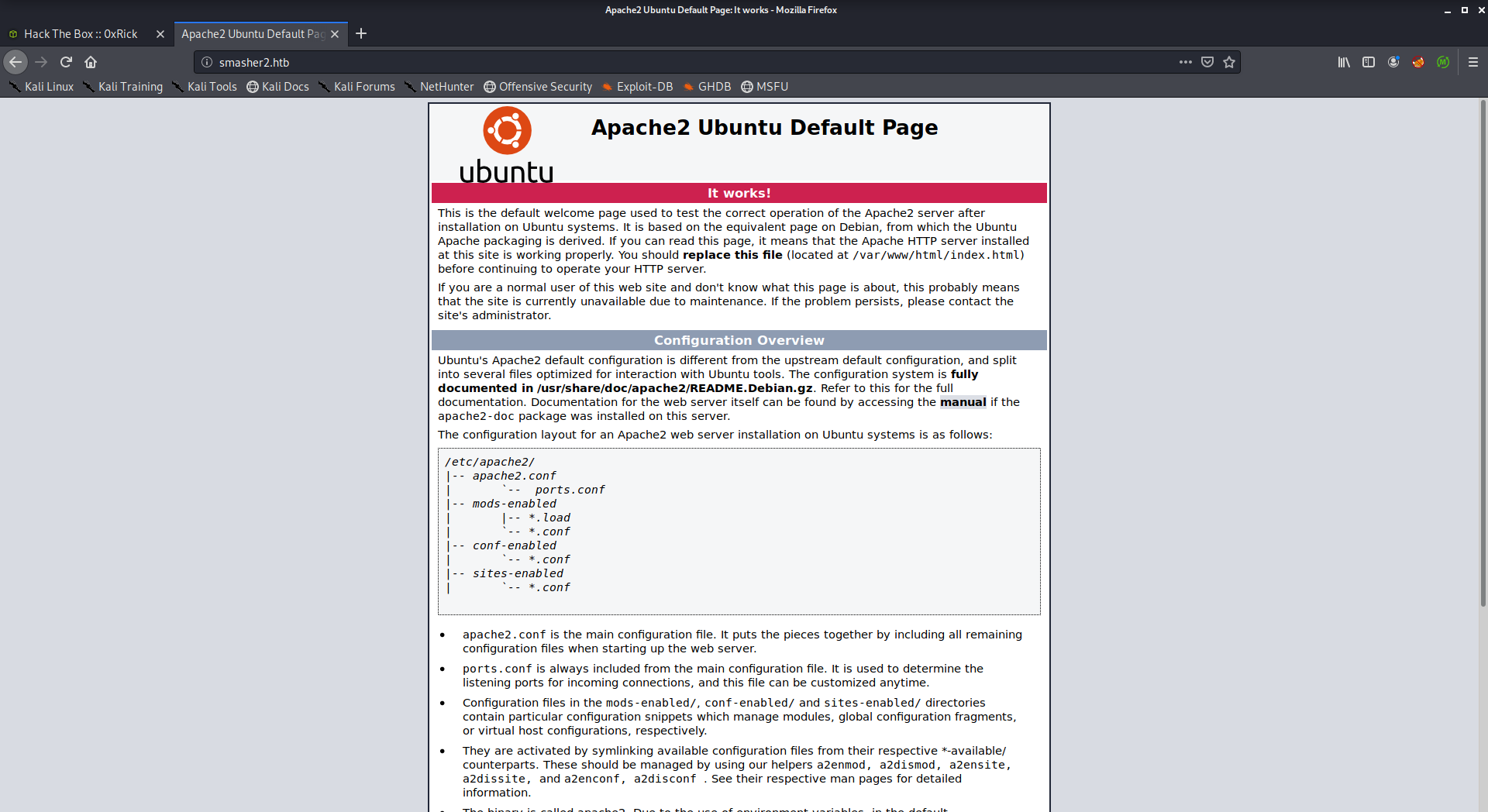 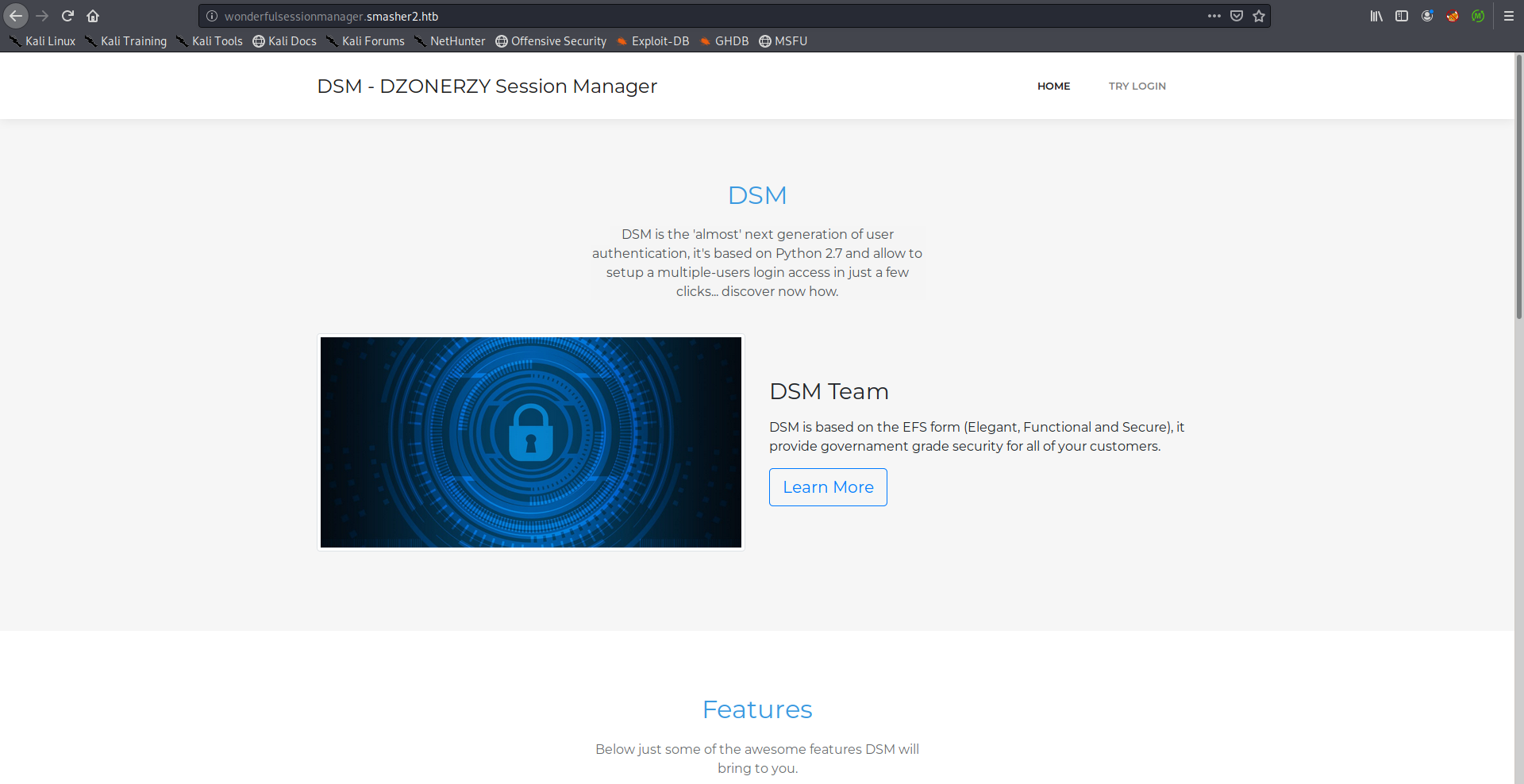 The only interesting here was the login page: 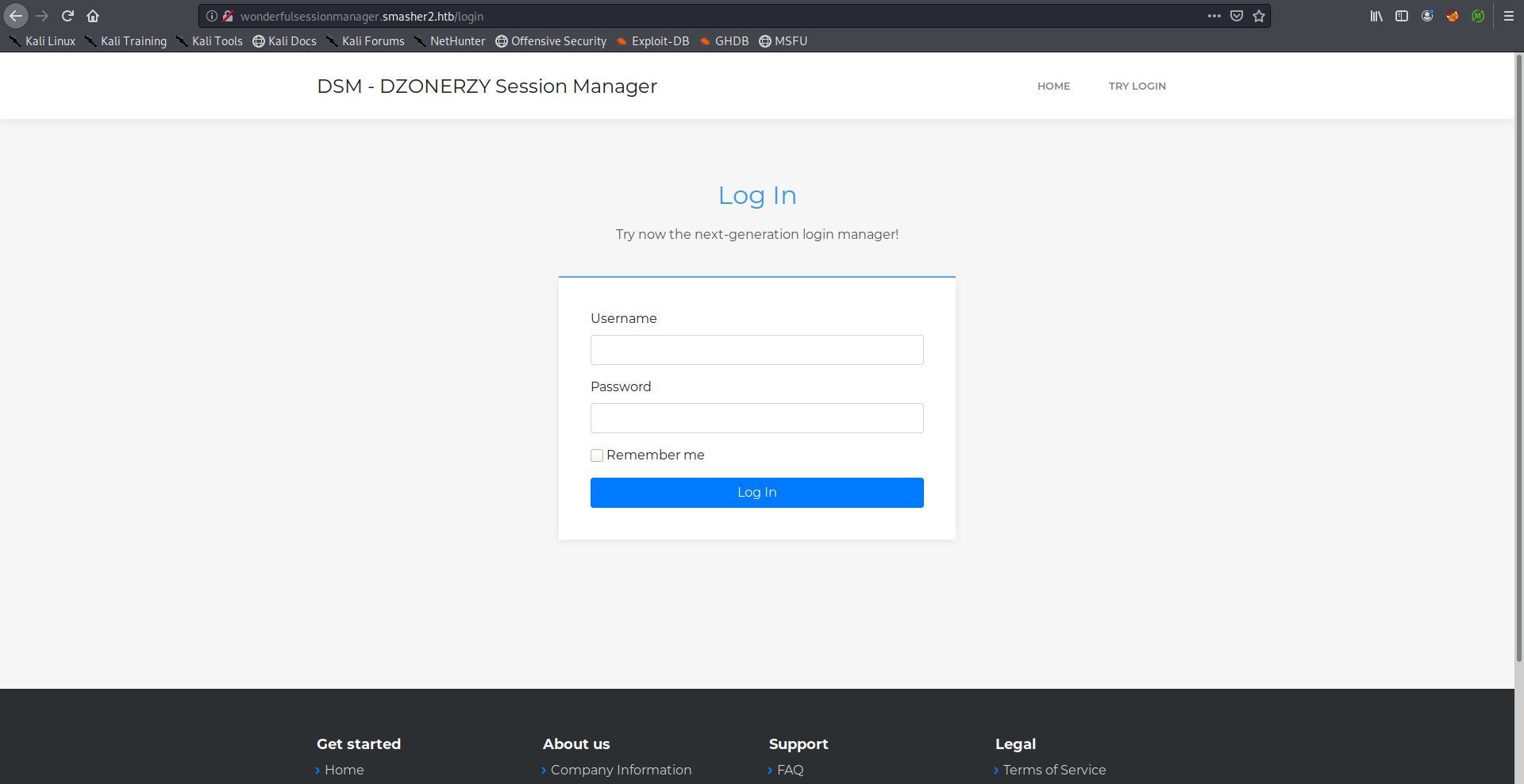 I kept testing it for a while and the responses were like this one: 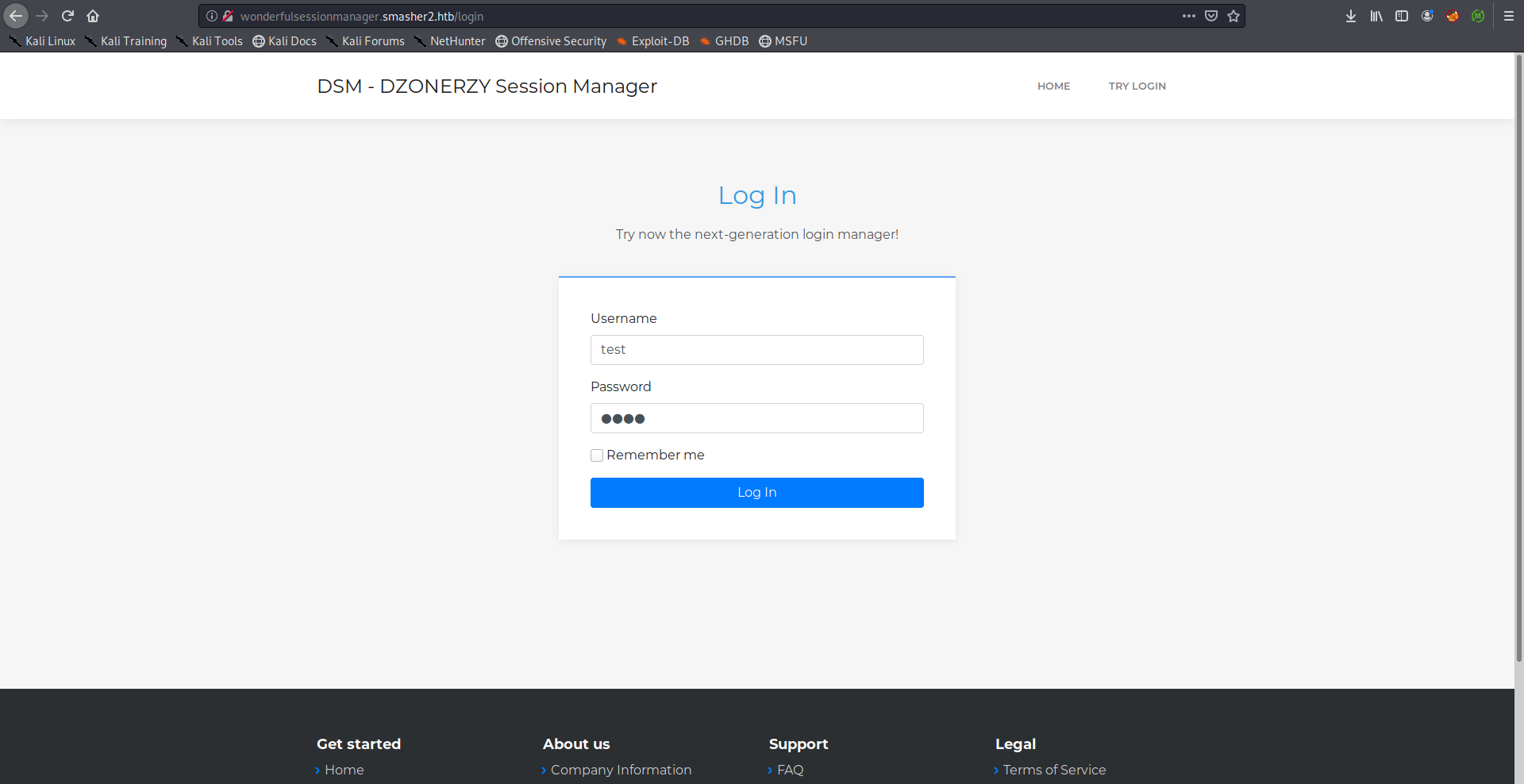 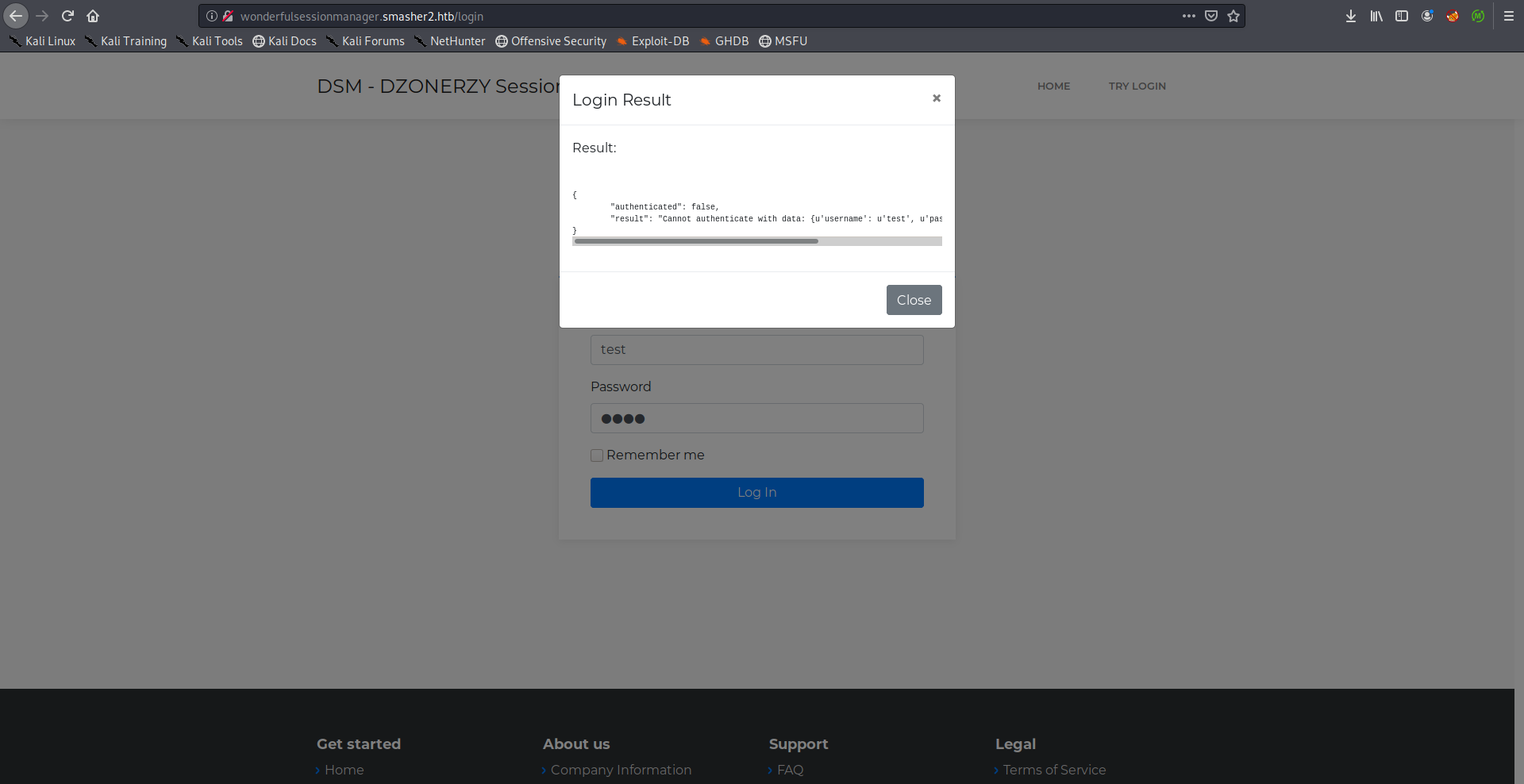 It didn’t request any new pages so I suspected that it’s doing an AJAX request, I intercepted the login request to find out the endpoint it was requesting:

The only result that wasn’t 403 was /backup so I checked that and found 2 files: 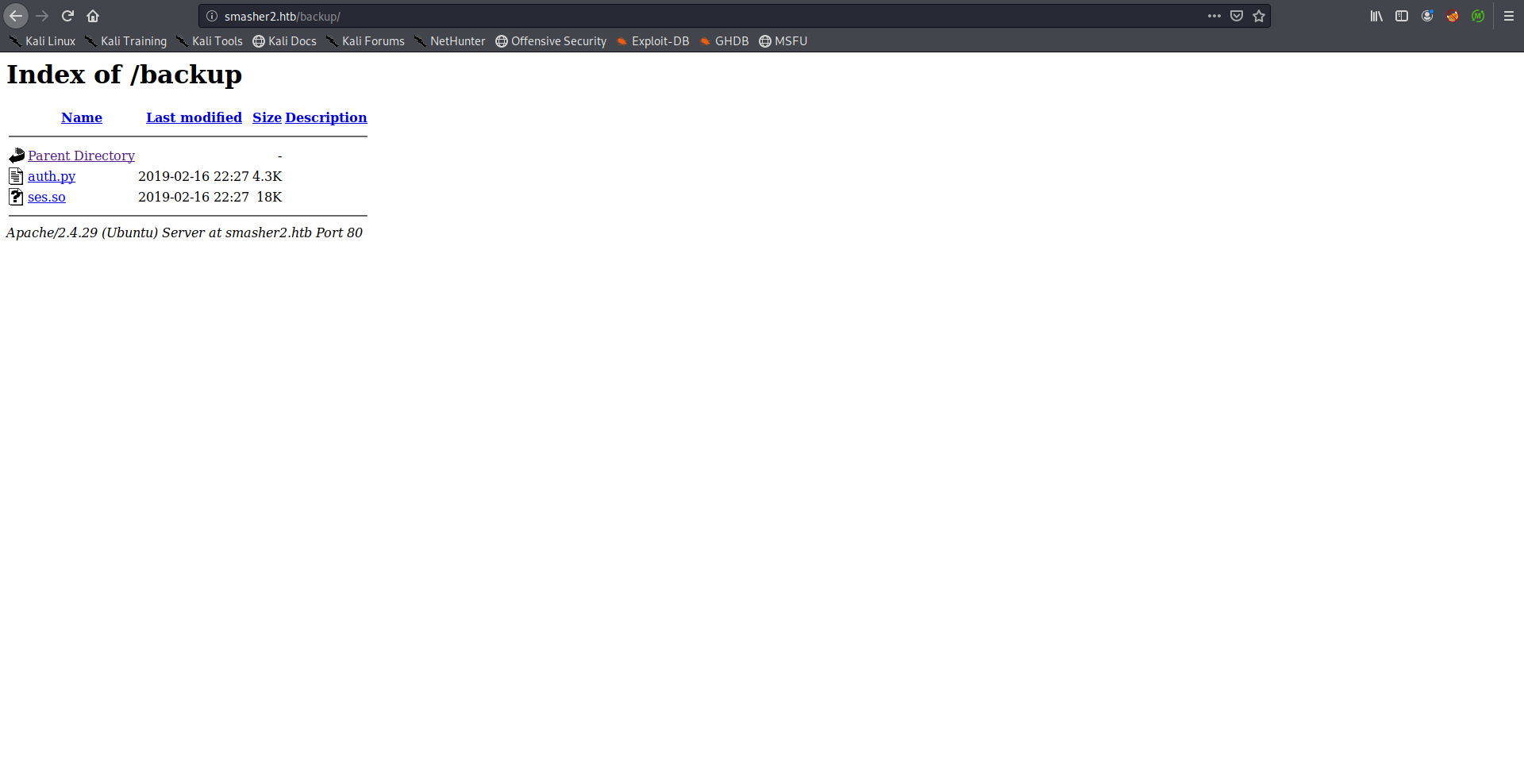 Note: Months ago when I solved this box for the first time /backup was protected by basic http authentication, that wasn’t the case when I revisited the box for the write-up even after resetting it. I guess it got removed, however it wasn’t an important step, it was just heavy brute force so the box is better without it.
I downloaded the files to my box:

By looking at auth.py I knew that these files were related to wonderfulsessionmanager.smasher2.htb.

I read the code and these are the things that interest us:
After successful authentication the server will respond with a secret key that we can use to access the endpoint /api/<key>/job:

And the sent data has to be json:

Through that endpoint we can execute system commands by providing them in a parameter called schedule:

session.so is a compiled shared python library, so stands for shared object:

I opened it in ghidra and started checking the functions. Two functions caught my attention, get_internal_pwd() and get_internal_usr(): 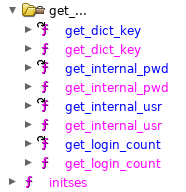 I looked at the decompiled code of both of them and noticed something strange, they were the exact same:
get_internal_pwd():

So in theory, since the two function are identical, providing the username as a password should work. Which means that it’s just a matter of finding an existing username and we’ll be able to bypass the authentication.
I tried some common usernames before attempting to use wfuzz, Administrator worked: 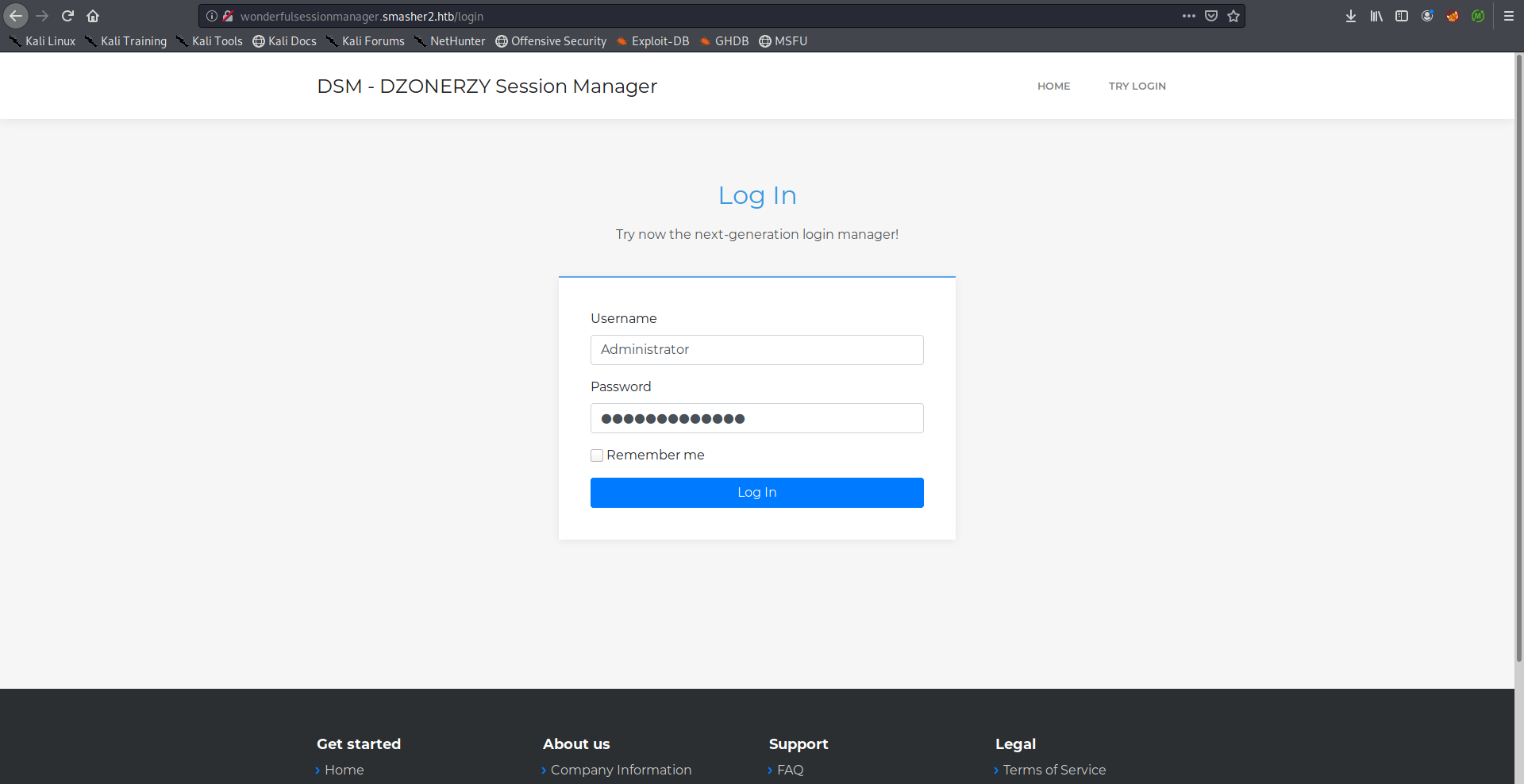 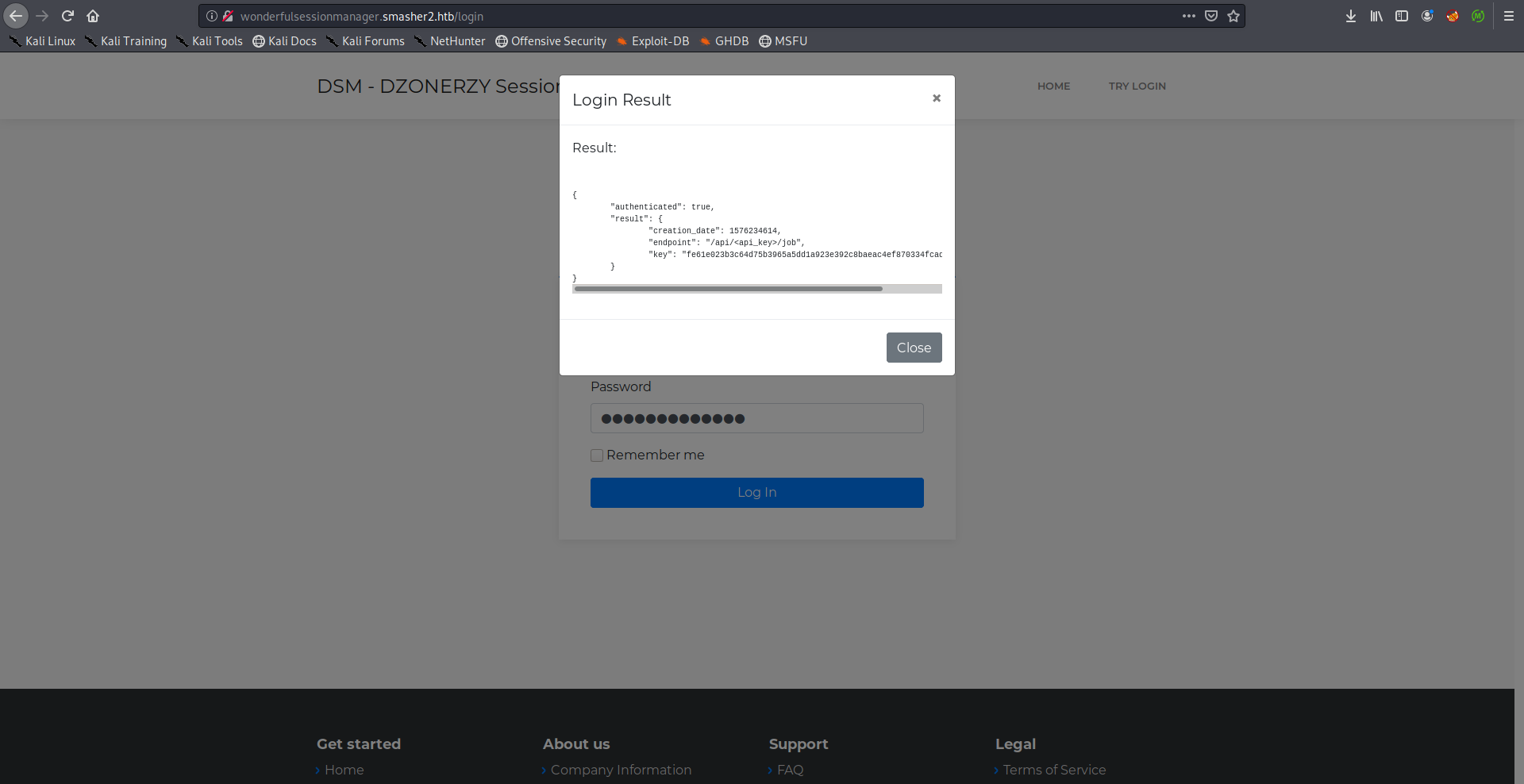 I wrote a small script to execute commands through /api/<key>/job as we saw earlier in auth.py, the script was meant for testing purposes:

However when I tried other commands I got a 403 response indicating that the server was protected by a WAF:

I could easily bypass it by inserting single quotes in the command:

To automate the exploitation process I wrote this small exploit:

The exploit sends 2 commands, the first one is a wget command that downloads shell.sh and the other one executes it.
shell.sh:

I hosted it on a python server and I started a netcat listener on port 1337 then I ran the exploit: 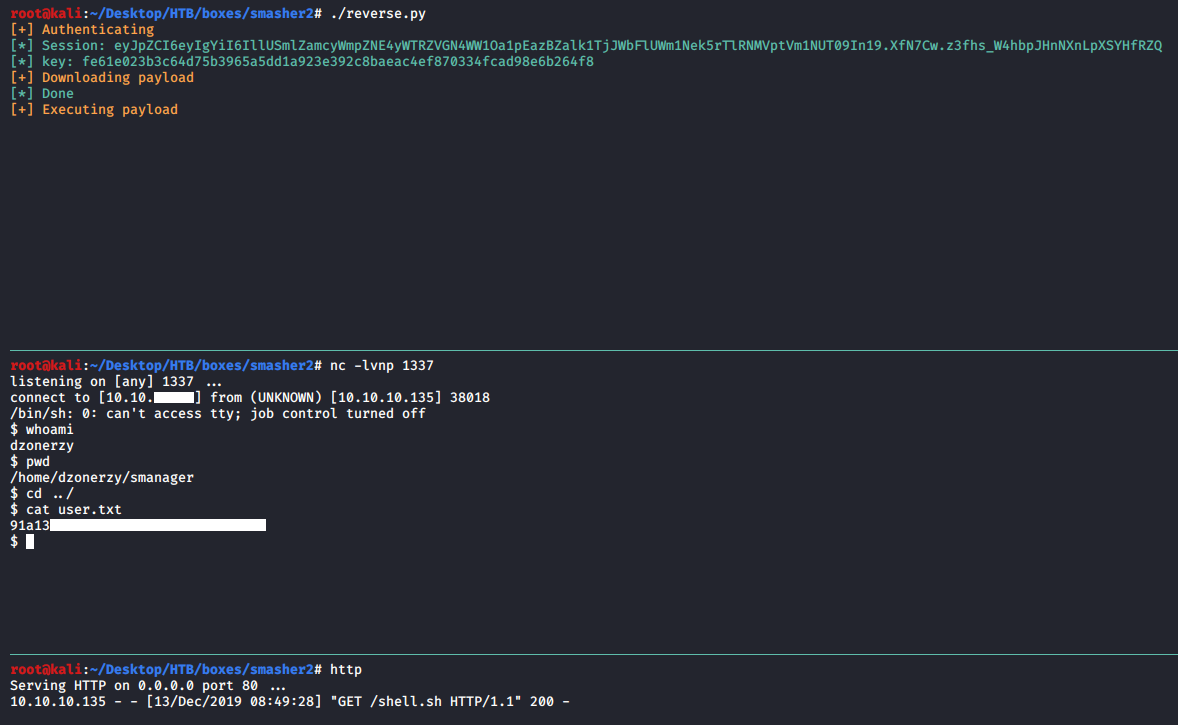 After getting a shell I copied my public ssh key to /home/dzonerzy/.ssh/authorized_keys and got ssh access.
In the home directory of dzonerzy there was a README containing a message from him saying that we’ll need to think outside the box to root smasher2:

After some enumeration, I checked the auth log and saw this line:

I checked the loaded kernel modules and that module was still loaded:

We can use modinfo to list the information about that module, as you can see it was written by dzonerzy:

Last thing I wanted to check was if there was device driver file for the module:

I downloaded the module on my box to start analyzing it:

I opened the module in ghidra then I started checking the functions: 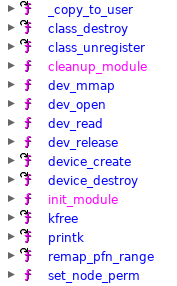 The function dev_read() had a hint that this is the intended way to root the box:

One interesting function that caught my attention was dev_mmap():

In case you don’t know what mmap is, simply mmap is a system call which is used to map memory to a file or a device. (Check this)
The function dev_mmap() is a custom mmap handler.
The interesting part here is the call to remap_pfn_range() function (remap kernel memory to userspace):

I checked the documentation of remap_pfn_range() to know more about it, the function takes 5 arguments:

Description of each argument:

If we look at the function call again we can see that the 3rd and 4th arguments (physical address of the kernel memory and size of map area) are given to the function without any prior validation:

This means that we can map any size of memory we want and read/write to it, allowing us to even access the kernel memory.

Luckily, this white paper had a similar scenario and explained the exploitation process very well, I recommend reading it after finishing the write-up, I will try to explain the process as good as I can but the paper will be more detailed. In summary, what’s going to happen is that we’ll map a huge amount of memory and search through it for our process’s cred structure (The cred structure holds our process credentials) then overwrite our uid and gid with 0 and execute /bin/sh. Let’s go through it step by step.
First, we need to make sure that it’s really exploitable, we’ll try to map a huge amount of memory and check if it worked:

I compiled the code and uploaded it to the box:

Then I ran it:

From another ssh session I checked the process memory mapping, the attempt was successful:

We’ll notice that the first 8 integers (representing our uid, gid, saved uid, saved gid, effective uid, effective gid, uid and gid for the virtual file system) are known to us, which represents a reliable pattern to search for in the memory:

These 8 integers are followed by a variable called securebits:

Then that variable is followed by our capabilities:

Then search for 8 consecutive integers that are equal to our uid, when we find a cred structure we’ll print its pointer and keep searching:

Great! now what’s left to do is to overwrite the capabilities in our cred structure with 0xffffffffffffffff and execute /bin/sh: