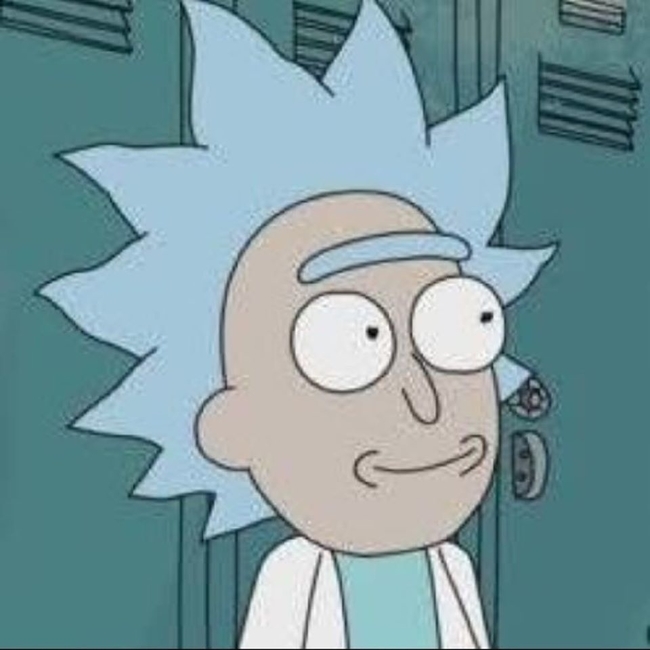 In the previous post we looked at the structure of the DOS header and we reversed the DOS stub.

In this post we’re going to talk about the NT Headers part of the PE file structure.

Before we get into the post, we need to talk about an important concept that we’re going to see a lot, and that is the concept of a Relative Virtual Address or an RVA. An RVA is just an offset from where the image was loaded in memory (the Image Base). So to translate an RVA into an absolute virtual address you need to add the value of the RVA to the value of the Image Base. PE files rely heavily on the use of RVAs as we’ll see later.

First member of the NT headers structure is the PE signature, it’s a DWORD which means that it occupies 4 bytes.
It always has a fixed value of 0x50450000 which translates to PE\0\0 in ASCII.

Here’s a screenshot from PE-bear showing the PE signature:

Also called “The COFF File Header”, the File Header is a structure that holds some information about the PE file.
It’s defined as IMAGE_FILE_HEADER in winnt.h, here’s the definition:

It’s a simple structure with 7 members:

Here’s the File Header contents of an actual PE file:

The Optional Header is the most important header of the NT headers, the PE loader looks for specific information provided by that header to be able to load and run the executable.
It’s called the optional header because some file types like object files don’t have it, however this header is essential for image files.
It doesn’t have a fixed size, that’s why the IMAGE_FILE_HEADER.SizeOfOptionalHeader member exists.

Let’s take a look at the definition of both structures.

Let’s take a look at the Optional Header contents of an actual PE file. 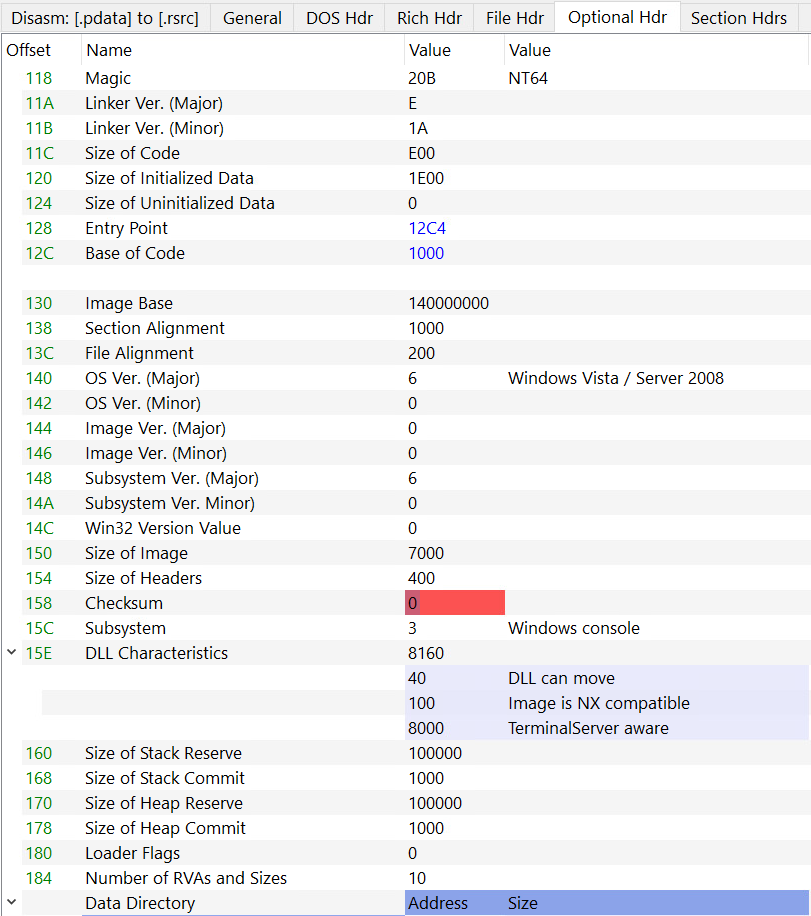 We can talk about some of these fields, first one being the Magic field at the start of the header, it has the value 0x20B meaning that this is a PE32+ executable.

We can see that the entry point RVA is 0x12C4 and the code section start RVA is 0x1000, it follows the alignment defined by the SectionAlignment field which has the value of 0x1000.

File alignment is set to 0x200, and we can verify this by looking at any of the sections, for example the data section: 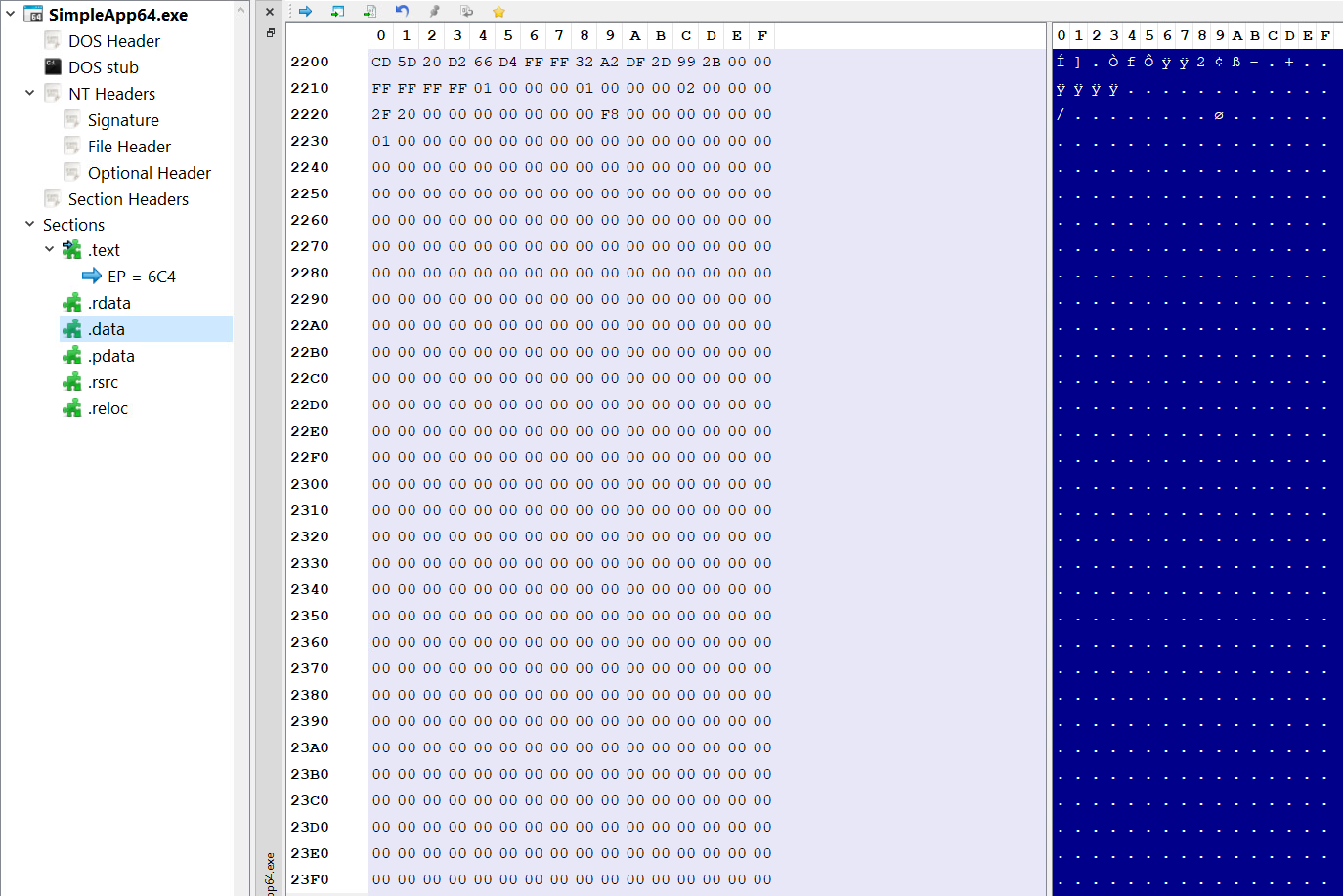 As you can see, the actual contents of the data section are from 0x2200 to 0x2229, however the rest of the section is padded until 0x23FF to comply with the alignment defined by FileAlignment.

The Subsystem field is set to 3 which is the Windows console, and that makes sense because the program is a console application.

I didn’t include the DataDirectory in the optional header contents screenshot because we still haven’t talked about it yet.

We’ve reached the end of this post. In summary we looked at the NT Headers structure, and we discussed the File Header and Optional Header structures in detail.
In the next post we will take a look at the Data Directories, the Section Headers, and the sections.
Thanks for reading.