Hey guys today Netmon retired and here’s my writeup about it. It was a very easy machine that’s everything I can say about it. It’s a Windows box and its ip is 10.10.10.152, I added it to /etc/hosts as netmon.htb. Let’s jump right in ! 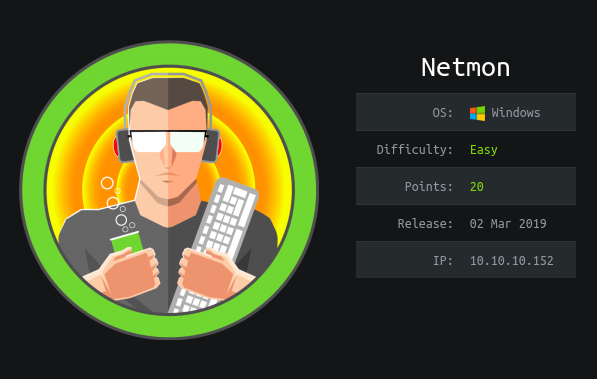 As always we will start with nmap to scan for open ports and services :
nmap -sV -sT -sC netmon.htb 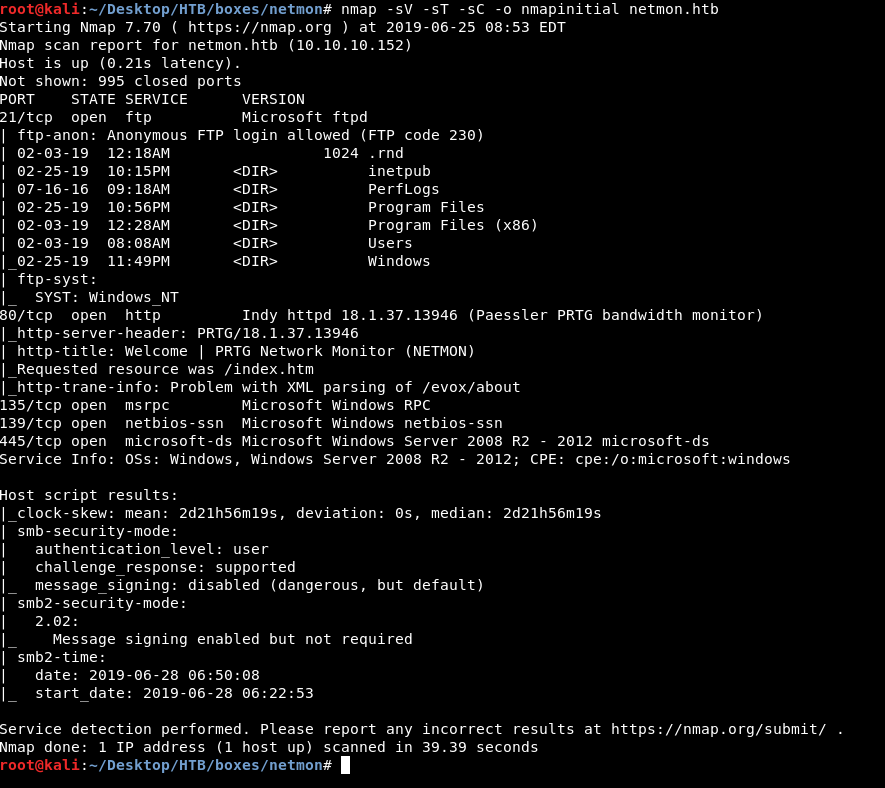 We got ftp on port 21, http on port 80 and smb. The most interesting thing is that anonymous login is allowed on ftp and obviously it’s running on C: !

I checked that ftp server and got the user flag for Public :

PRTG Credentials
I checked the http service and found a web application called PRTG Network Monitor. However we need credentials to access the application. 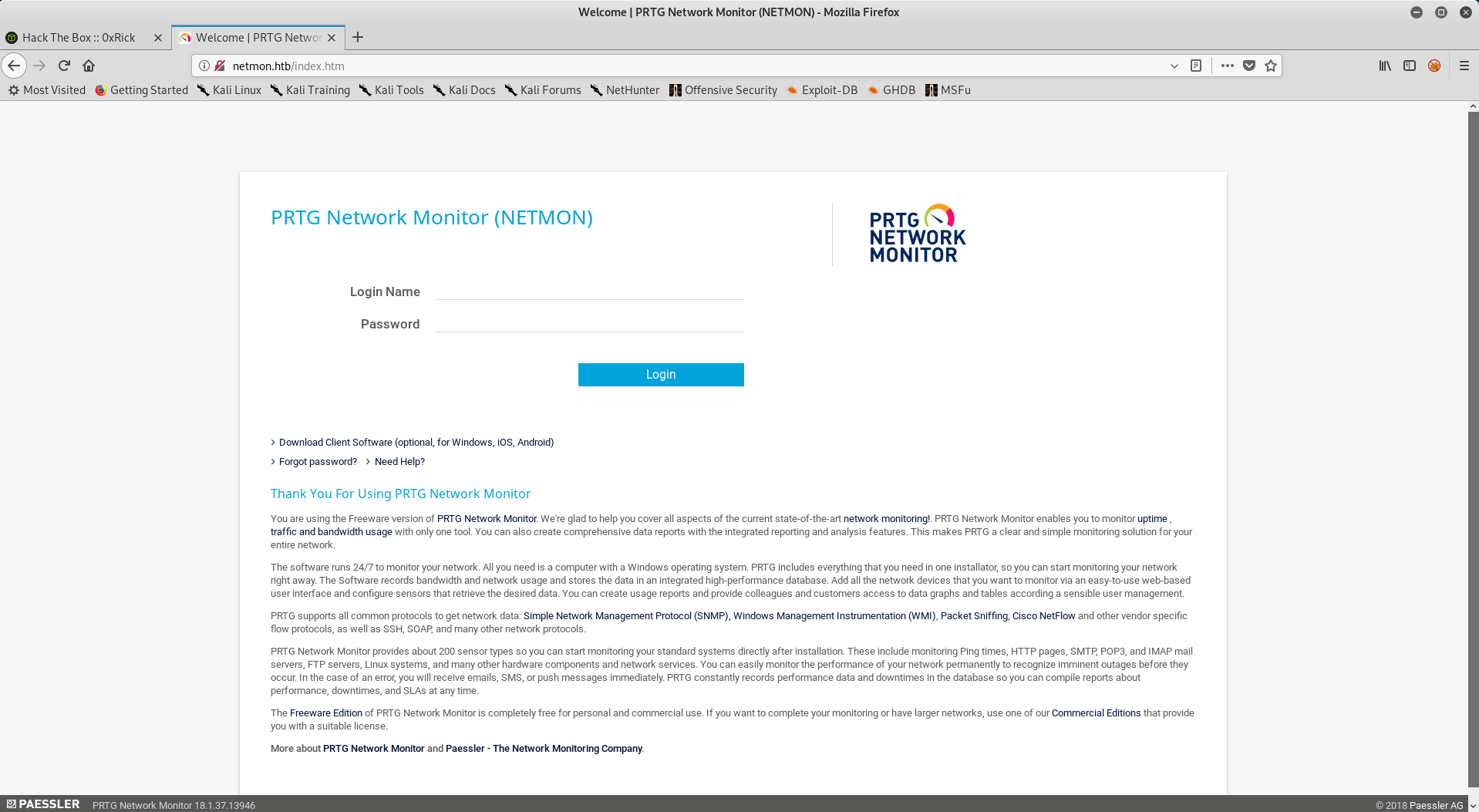 We have access to C: through the ftp server so we can search for credentials there. I searched for the place where PRTG configuration files are saved and found it was in C:\Users\All Users\Application Data\Paessler\PRTG Network Monitor so I went there and downloaded the configuration files :

Knowing that the default admin user for PRTG is prtgadmin I searched for that string in the 3 configuration files :
cat * | grep -A 20 -B 20 "prtgadmin"

However it didn’t work, after some attempts I changed it to PrTg@dmin2019 and it worked : 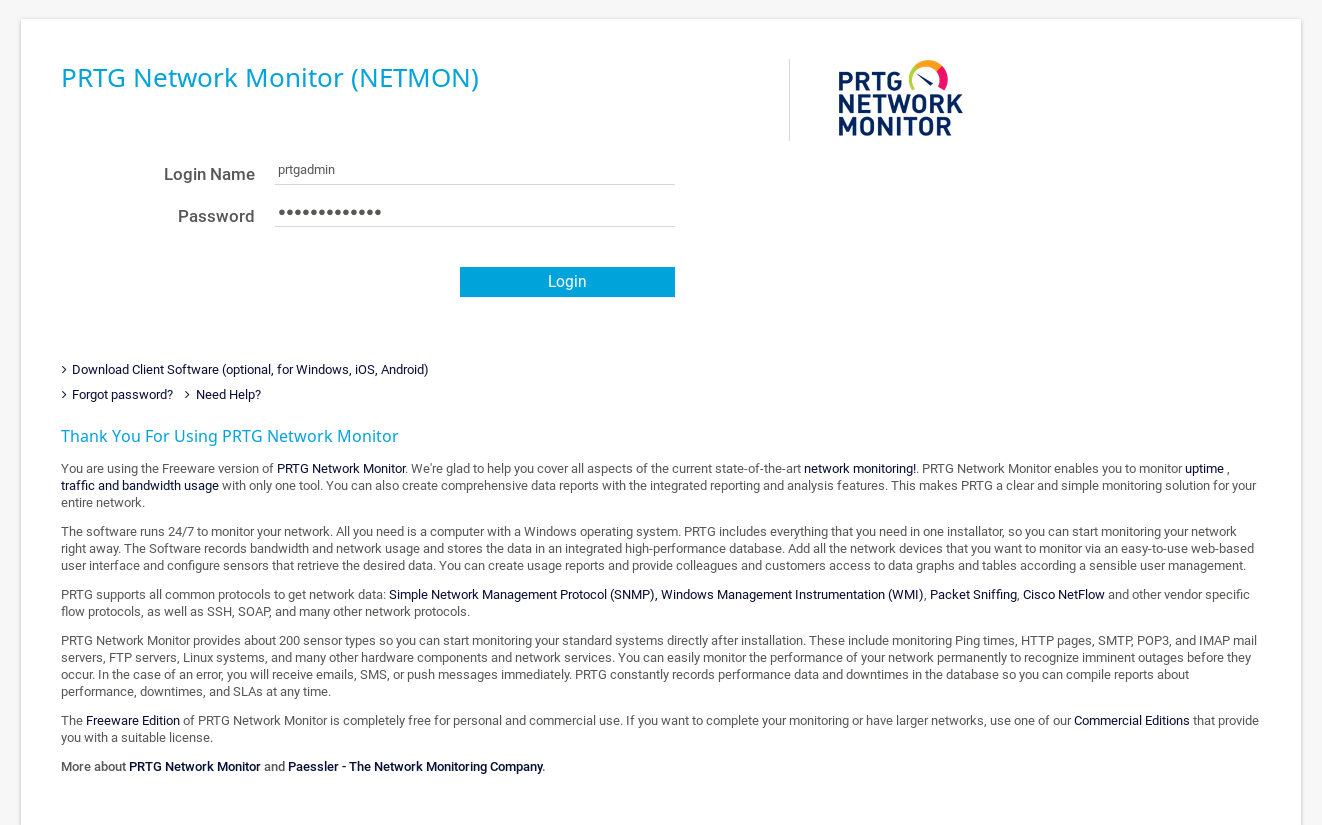 After searching for authenticated exploits I found CVE-2018-9276 which was an authenticated RCE vulnerability. I used this exploit which exploits the RCE and creates a new Administrator user (This works because PRTG runs as system) :