Hey guys, today Haystack retired and here’s my write-up about it. It was an easy fun box and I liked the privilege escalation part. It’s a Linux box and its ip is 10.10.10.115, I added it to /etc/hosts as haystack.htb. Let’s jump right in ! 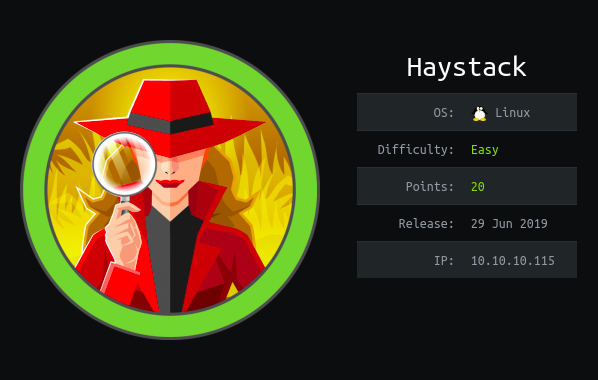 On port 80 the index page had an image of a needle and nothing else: 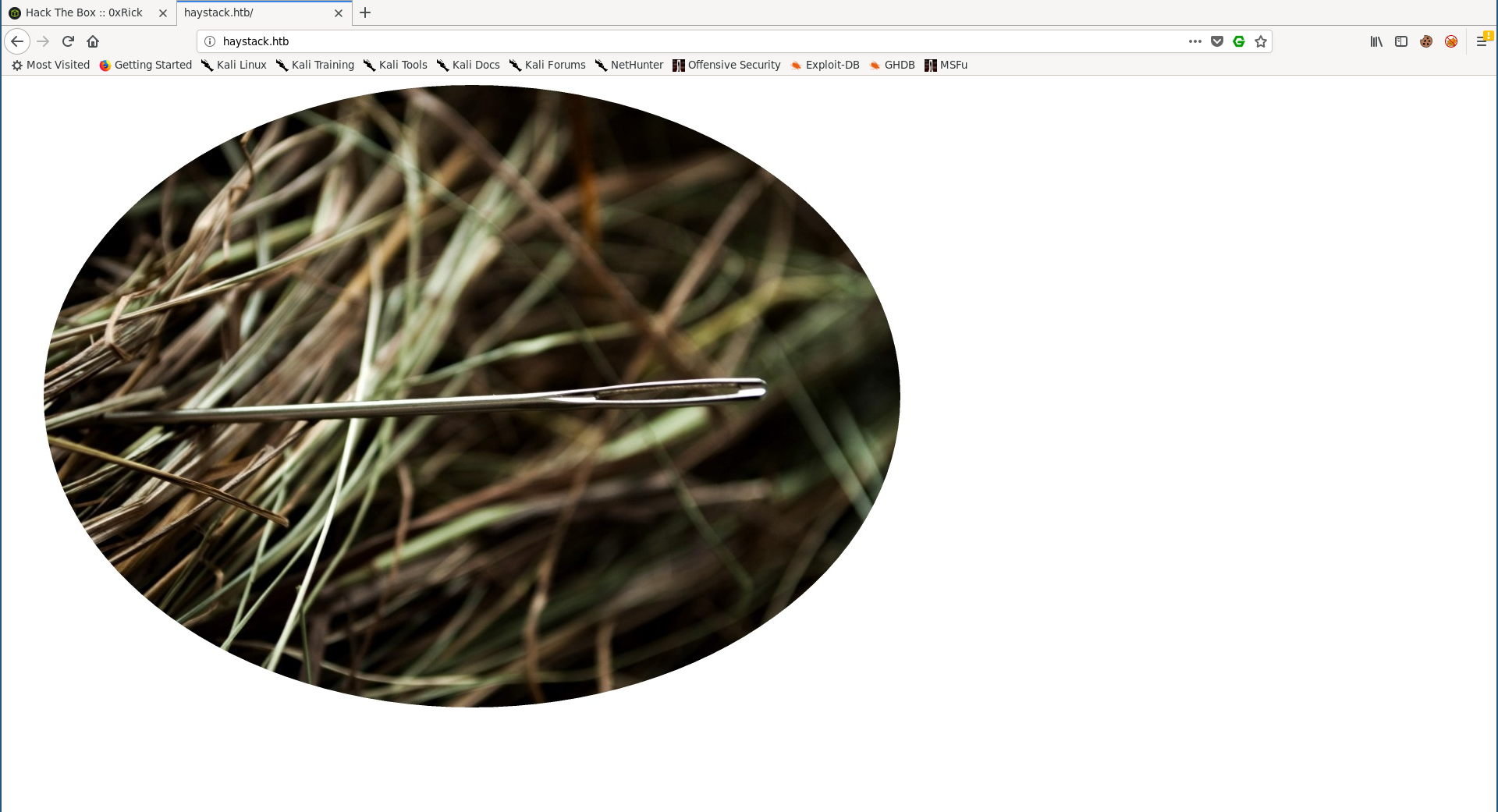 On port 9200 there was an elasticsearch instance running:

Elasticsearch is a distributed, RESTful search and analytics engine capable of addressing a growing number of use cases. As the heart of the Elastic Stack, it centrally stores your data so you can discover the expected and uncover the unexpected. -elastic.co

On port 80 I tried running gobuster but I got nothing:

I also enumerated vhosts and got no results.

I downloaded the image from the index page to check if there’s any kind of steganography:

By running strings on the image I found a base-64 encoded string:

After decoding it I got a Spanish sentence:

Back to the elasticsearch instance I searched for the word clave and got some interesting quotes in Spanish with some base-64 encoded strings:

After translation and decoding:

We can ssh into the box with these creds security : spanish.is.key:

After getting ssh access I ran pspy to monitor the processes, I noticed that logstash was running as root:

Logstash is an open source, server-side data processing pipeline that ingests data from a multitude of sources simultaneously, transforms it, and then sends it to your favorite “stash.” -elastic.co

But as security I couldn’t read the configuration files of logstash:

As you can see, the user kibana can read them, so we need to be kibana and to be the user kibana we have to exploit the service itself.
By looking at the open ports we can see that port 5601 which is the default port for kibana is open:

Kibana lets you visualize your Elasticsearch data and navigate the Elastic Stack so you can do anything from tracking query load to understanding the way requests flow through your apps. -elastic.co

I forwarded the port: 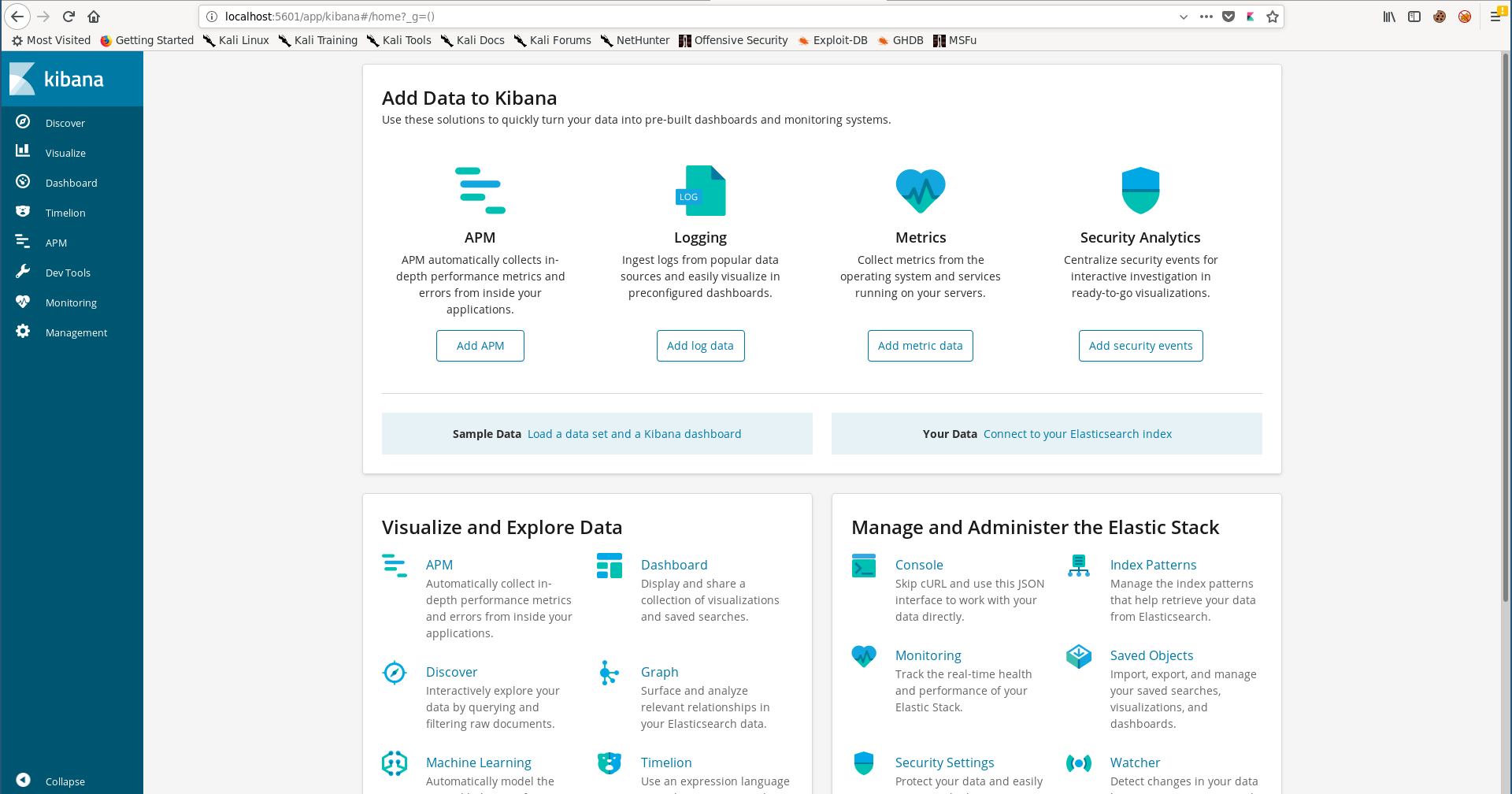 I checked the version and found that it was 6.4.2: 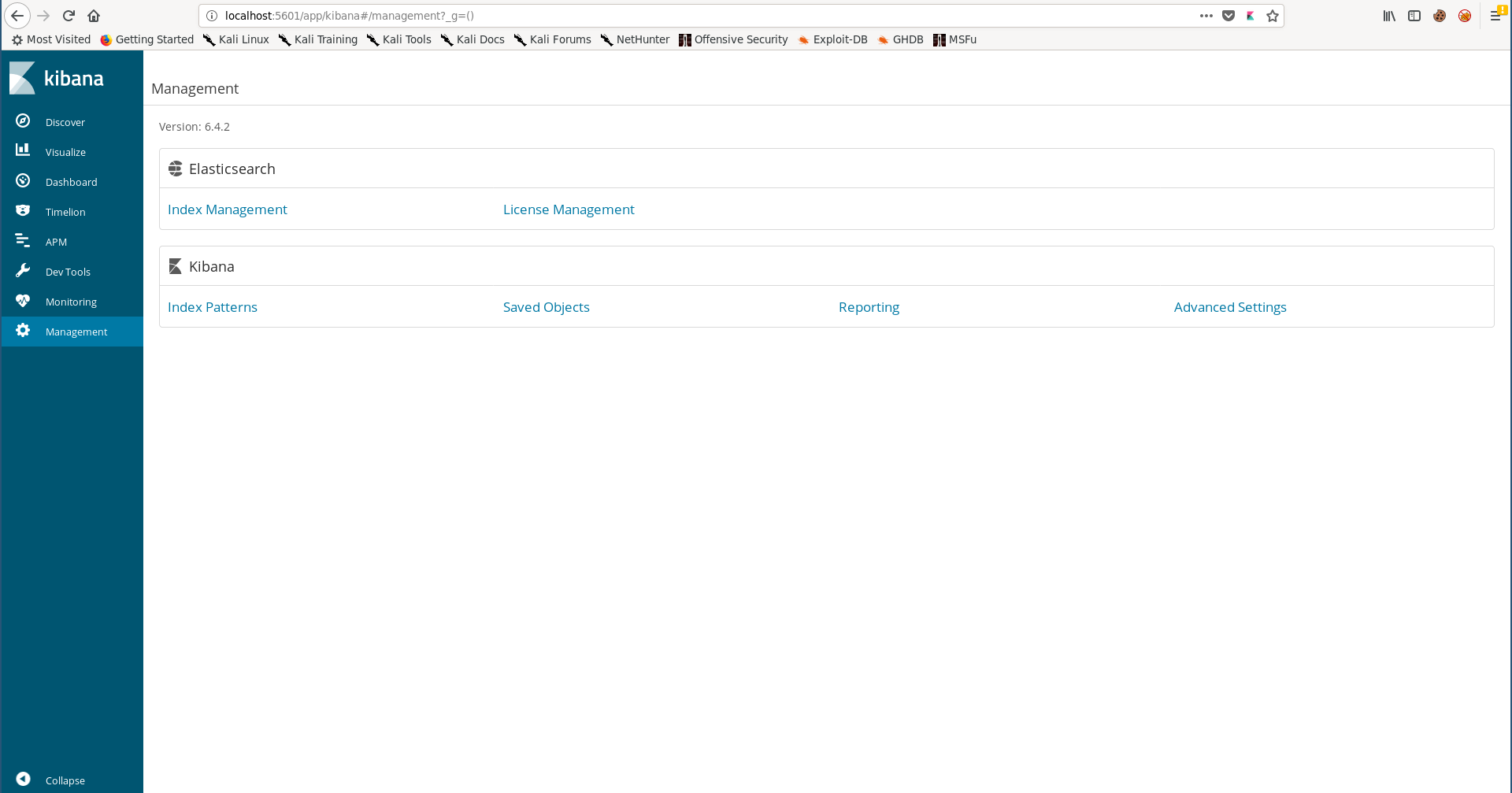 After a quick search I found that this version is vulnerable to a local file inclusion vulnerability.
So I uploaded a js shell to /dev/shm:

Then I applied the POC and got a reverse shell as kibana:

Now we can read the configuration files:

By reading the input and filter configuration files and with the help of the documentation we will figure out what to do.
We need to create an input file of the type execute and put whatever command we need to execute in it, to create a valid execute input file it needs to be in /opt/kibana/ and named according to the following pattern logstash_[Anything]:

It also needs to pass the filter, we need to put Ejecutar comando : (translates to: Execute command :) before the command:

I created a file called root.sh that echoes rooot:gDlPrjU6SWeKo:0:0:root:/root:/bin/bash to /etc/passwd (This will make us able to su as rooot : AAAA. Check Ghoul):

Then I created the input file and called it logstash_pwned, it will simply execute root.sh:

After 2 minutes approximately the command got executed and /etc/passwd was modified: 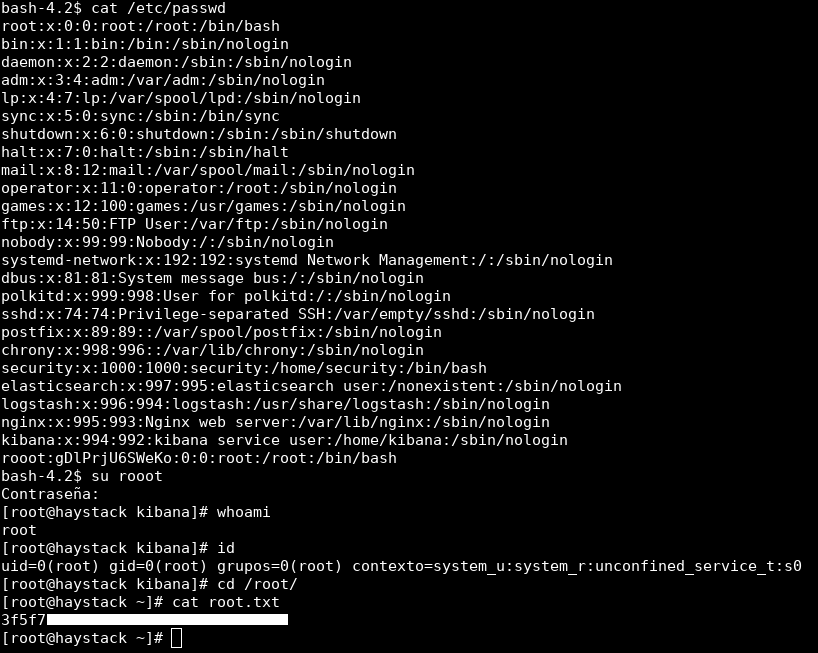