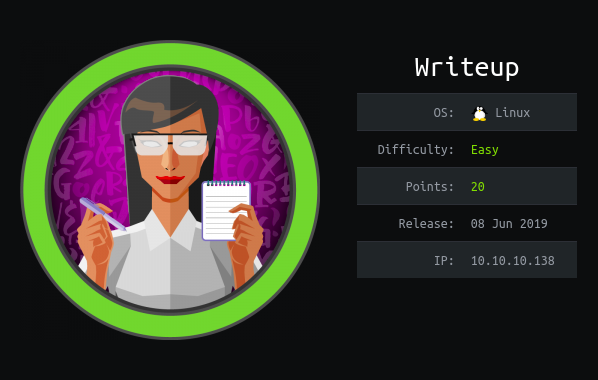 We got http on port 80 and ssh on port 22. On port 80 nmap found /robots.txt with a disallowed entry for /writeup. 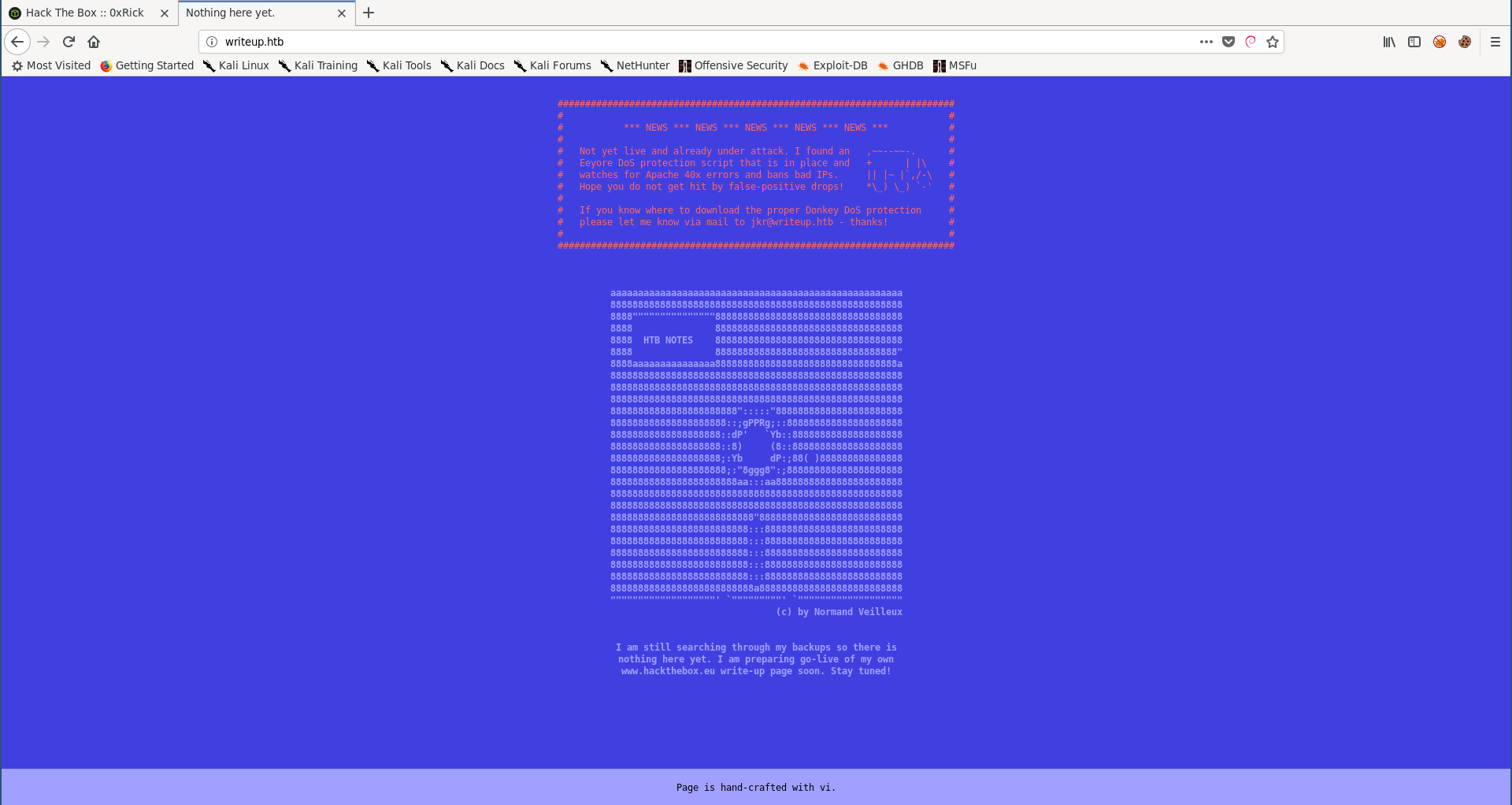 The index page says that the website is not ready yet, it also says that there’s a dos protection script so we won’t bruteforce anything.
Let’s check /writeup : 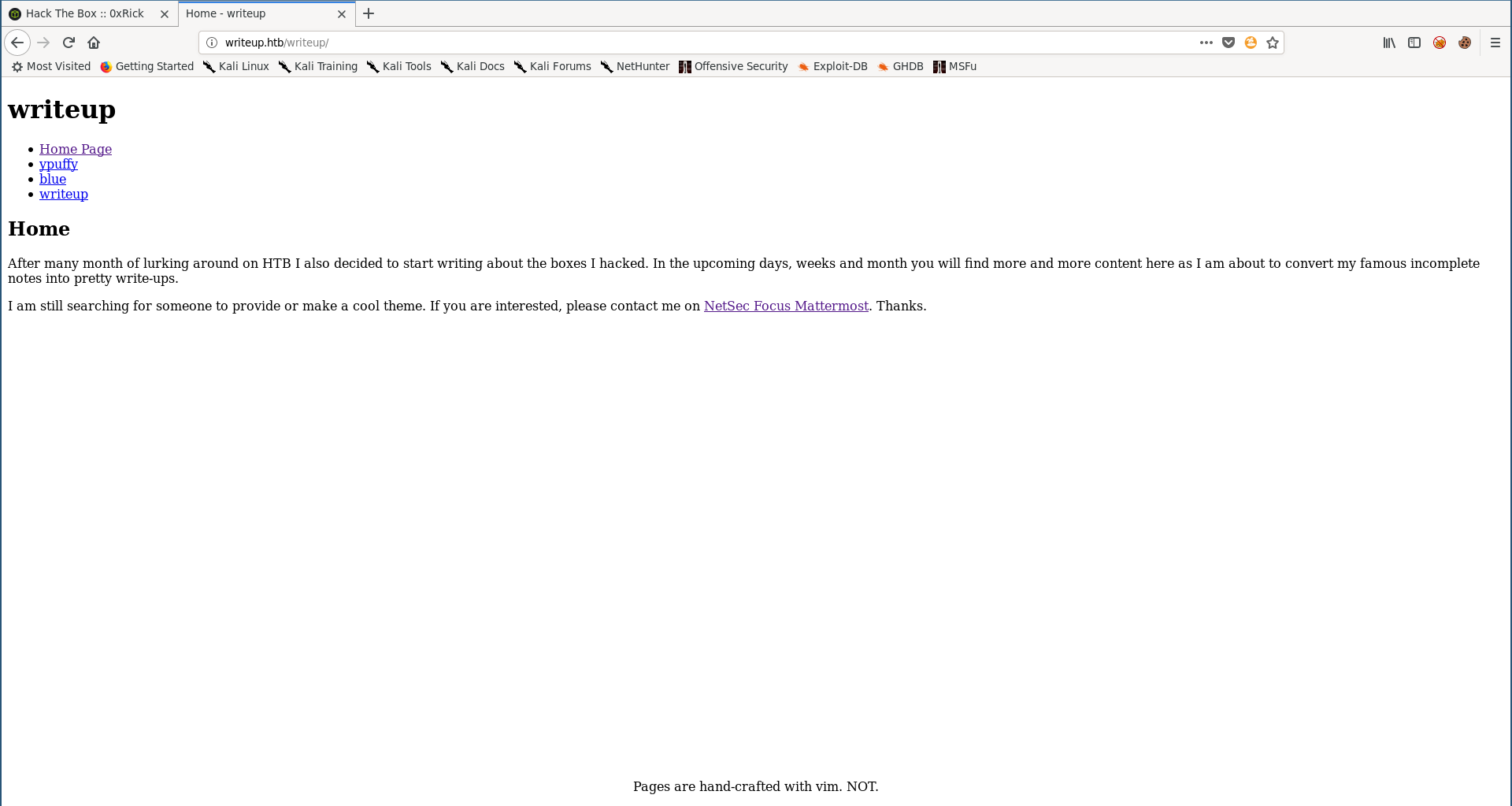 /writeup is the write-ups page and as the index page said, it’s still not ready yet and that’s why it was disallowed in robots.txt.
I checked wappalyzer‘s results and saw that it’s using a cms called CMS Made Simple : 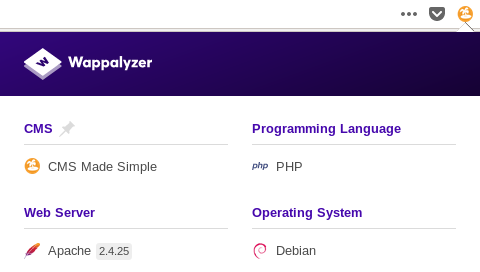 Without wappalyzer we can still identify that by looking at the source of the page :

Then I ran the exploit :

Now we can ssh into the box as jkr : raykayjay9 :

I downloaded pspy32 on the box and ran it to monitor the processes, I noticed the following :

These commands get executed :

When I checked jkr‘s groups I saw that jkr was in a group called staff :

And staff members could write to /usr/local/bin :

By default run-parts was in /bin :

But if we take a look at the env command that sets the path every ssh login we’ll see that /usr/bin/local is before /usr/bin :

Which means that we can put an executable of our choice in /usr/local/bin and call it run-parts, then ssh into the box again and our fake run-parts will be executed as root.
I wrote a bash script that echoes :

to /etc/passwd which will add a new user rooot : AAAA with uid 0. (same from the previous post)

Then I started a new ssh session and the script was successfully executed : 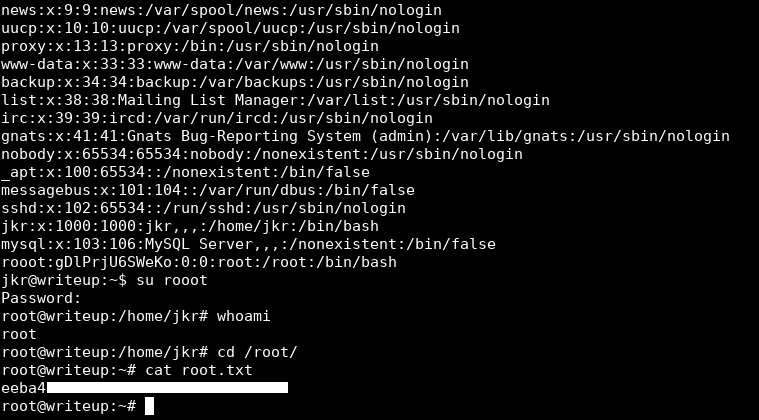 And We owned root !
That’s it , Feedback is appreciated !
Don’t forget to read the previous write-ups , Tweet about the write-up if you liked it , follow on twitter @Ahm3d_H3sham
Thanks for reading.