Hey guys today Friendzone retired and here’s my write-up about it. Friendzone was a very nice and easy box. I enjoyed solving it and I really liked it, it had a lot of funny parts as well. It’s a Linux box and its ip is 10.10.10.123, I added it to /etc/hosts as friendzone.htb. Let’s jump right in ! 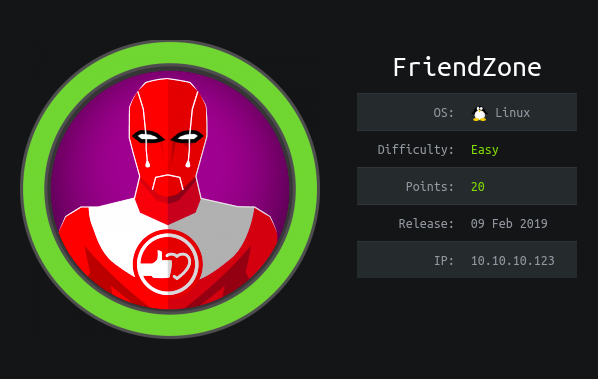 As always we will start with nmap to scan for open ports and services :
nmap -sV -sT friendzone.htb

I also used smbmap to know what permissions do I have : smbmap -H friendzone.htb. I found that I had read access to general and read/write access to Development. I also noticed that the comment of the share Files discloses the path of that share : /etc/Files, so we can assume that all shares are in /etc.
In general I found a file called creds.txt :

So we have credentials but we don’t know where to use them, it says creds for the admin THING, so let’s keep enumerating until we find that admin thing.
Development was just empty :

But since we have write access to that share and we know its path : /etc/Development then that share can help us later if we have a an LFI or a similar vulnerability.

But http://friendzoneportal.red was just the same thing :

I went back and added friendzone.red to the hosts file :

But it was also the same thing. Then I remembered that there’s a dns server so I used dig :

But I still got the same thing, I ran gobuster and got /wordpress which was empty :

There was another https port so I tried that.
https://friendzone.red :

So this is the “administrator thing” let’s try the credentials we have : 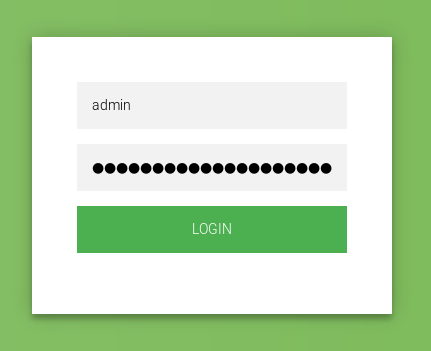 As you can see it’s complaining about missing parameters, by looking at the example : image_id=a.jpg&pagename=timestamp my first guess was that dashboard.php includes the php file provided in the pagename parameter. So if we give it test it will append .php to test then include that file. We can upload files to the smb share Development and we also know the full path : /etc/Development, so if it’s really vulnerable to LFI we can get a reverse shell easily. I wrote a small php script to get a reverse shell :

Then I uploaded it to Development :

And finally I tested my idea :

It worked and now we have a reverse shell as www-data : 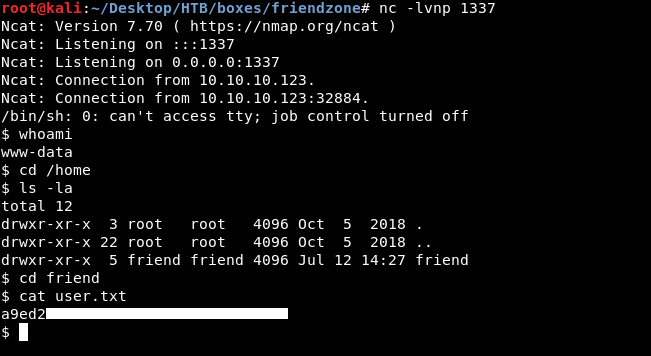 I looked into /var/www and found a file called mysql_data.conf which had some credentials :

I could get ssh access as friend with them :

I did the regular enumeration and I ran pspy to monitor the processes to see if there’s something that can be exploited :

After some time I saw this :

So if we can write to that script then we can get a shell as root. Unfortunately we can’t : 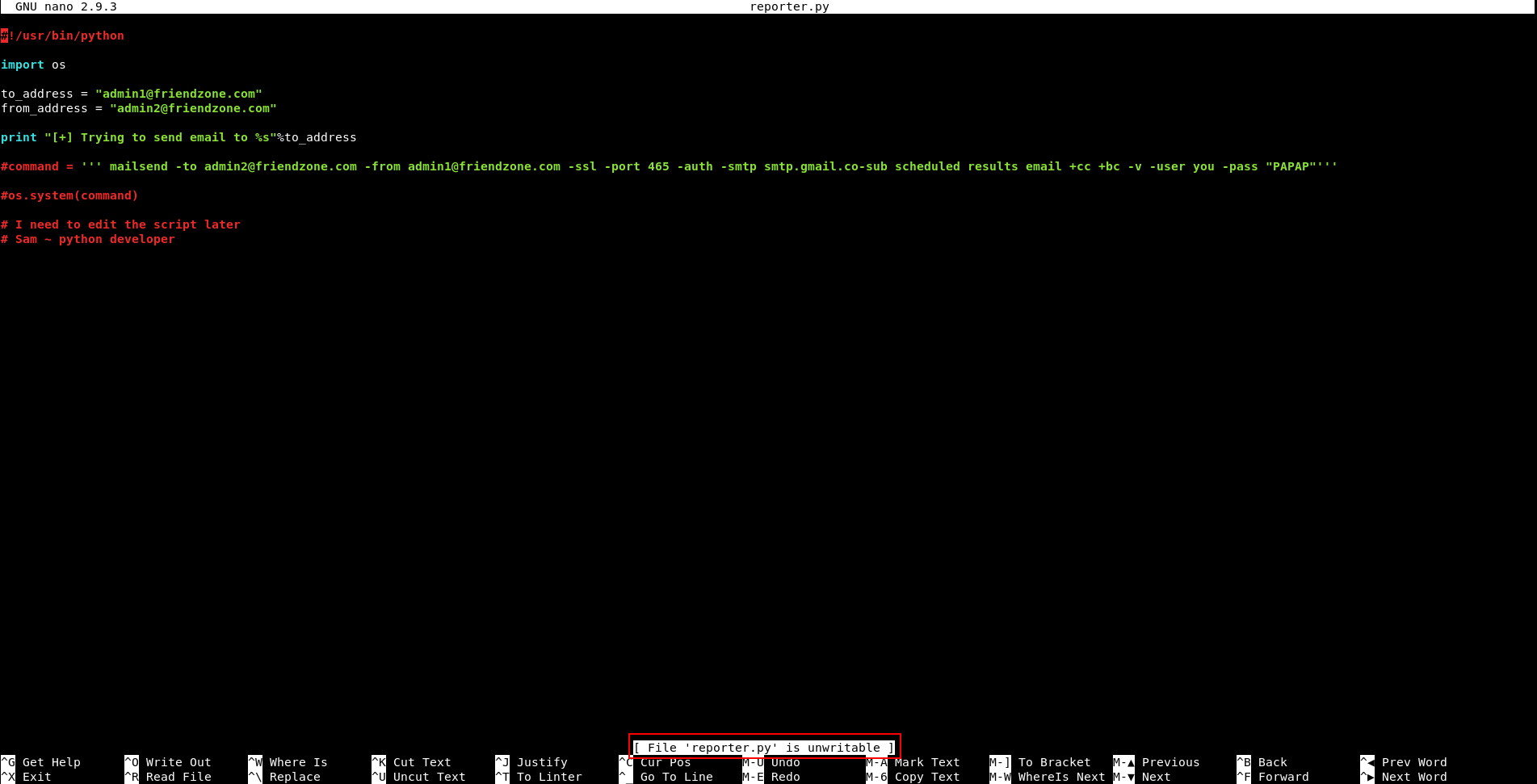 But I noticed that it’s importing the os library. Usually python libraries are only writable by root, but I checked os.py and friend had permissions to write to it :

So I just put those two lines at the bottom of os.py :

And after a minute I got a shell :